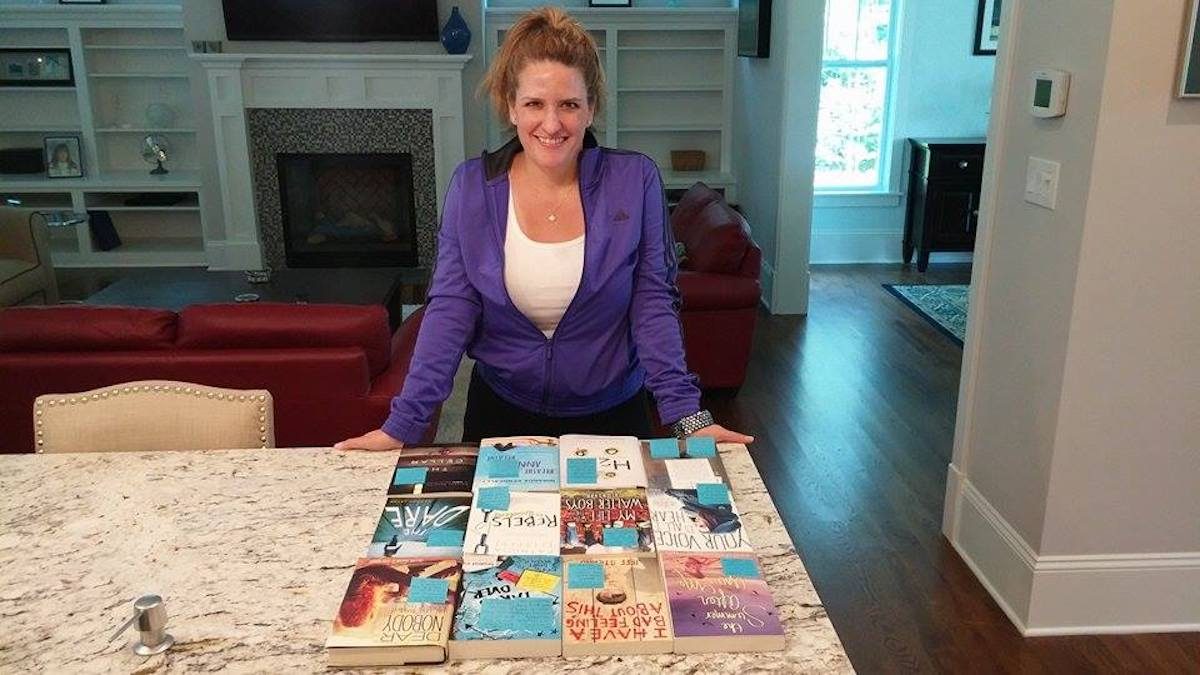 Cyndy Etler is an author and survivor of Straight Inc. (Courtesy of Cyndy Etler)
People

A Writer Finds Her Calling After Horrific Abuse

When it comes to drug addiction, tough love can often backfire. One woman was sent to what was advertised as a drug treatment center, even though she had never been an addict. Her experience there left an indelible scar on her psyche, but then she found her calling as a writer.

Cyndy Etler grew up under horrific circumstances in Stamford and Monroe, Connecticut. Her father passed away when she was one year old, and her mother remarried a monster.

He violently and sexually abused her beginning in first grade. In order to find some sort of escape, she immersed herself in reading and television.

“I watched ‘Sesame Street’ and I swear to God I got a lot of my needs met for kindness and connection with humanity on ‘Sesame Street,’ Etler told The Epoch Times. However, her main escape was through books, and she always wanted to be a writer.

However, by the time Etler was 12 she began to fight back. She would scream and try to hide. Her mother also informed her that she had become pregnant with her abusive stepfather, which set her off.

“It was like something switched in by brain, and I glimpsed what was happening at night. In my very young brain I interpreted that as my mother kind of giving the thumbs up to the sexual abuse,” Etler explained.

Etler reached her limit when her stepfather was beating her as she hid behind a toilet and her mother watched. Unwilling to intervene or take care of her, her mother sent her off to what was supposed to be a drug treatment facility called Straight Inc. However, the institution was anything but.

Instead of a drug rehabilitation facility or reform school, the then 14-year-old found herself in a warehouse in Springfield, Virginia. There were no windows, and there were no doors in the bathrooms.

For 12 hours a day, sometimes longer, Etler and the other kids were brought into the main room of the warehouse, and sat in blue plastic chairs that were linked in rows. The boys sat on one side while the girls sat on the other.

The days were then filled with “rap sessions,” where the kids would stand up and describe their alleged drug addiction. However, almost none of the kids their had ever had a drug addiction. They were compelled to make these false confessions, or they wouldn’t be allowed to talk to their parents.

For the first 10 months, Etler was on what was called “first phase.” When the kids were on “first phase” they weren’t allowed to stand up in the building without someone reaching down into their pants, putting their thumb through the belt loop, making a fist, and lifting them up. They would then dig their knuckles into the kids’ spines to move them around.

The kids were often sleep deprived, starved, and humiliated. They were only allowed to go to the bathroom at designated times. Kid were often punished with toilet paper therapy, where they were allowed only three squares of toilet paper.

If a kid refused to sit up straight in their chair, staff would yell “Sit on them!” Then the “old comers,” who were the kids who had been completely brainwashed, would attack the kid, grab them, hold them down and sit on them. The older “old comers” would stand around the group as a barricade to prevent kids from running away. There were also guards at the doors.

Afterward, Etler and the others would stay at a host home. These homes had locked doors, locked windows, and alarms to prevent escape. She would eat Saltine crackers with water, and would be forced to stay in a room with nothing but a mattress, sheet, and blanket.

“It was like a prison that had a living room downstairs,” Etler said.

Etler doesn’t know why, but she was eventually released from Straight Inc. She went back to her high school in Monroe, and was traumatized. She couldn’t look anyone in the eyes, and was terrified of everyone.

However, Etler encountered an English teacher who changed her life. The teacher was passionate about the English language and literature, and Etler felt like she could escape into the words.

Etler wrote a creative piece, and her teacher read it to the class. Everyone loved it and wanted to hear more of her writing.

At age 18, Etler got as far from her mother’s house as possible after her high school graduation. She moved to Portland, Oregon and worked diligently through her 20s. She worked as a nanny, at a brewpub, and at Starbucks to support herself.

When Etler moved back to the East Coast, she continued to work as a nanny for another family. She had been working for them for two years, and the mother knew she was smart and urged her to go back to college. She was broke, but was eligible for financial aid and grants.

At age 27 she went to the University of Massachusetts Boston. For the first time, she was voicing her opinions and challenging predominant beliefs. During her senior year she taught English at an inner city high school during the day, and studied for her Master’s at night. She would graduate with a bachelor’s in English, and bachelor’s in American studies and a Master’s in education by age 31.

Etler met a loving husband, but the memories from Straight Inc. began to flood back. They were living in Rhode Island, and Etler was teaching English at a high school. She had been with her husband for four years, and she had told him about the abuse but not about Straight Inc.

They were moving to North Carolina, and she had gone out to eat with friends. Out of nowhere, she told her friends about her experience at Straight Inc. She then began talking to her husband about it. She struggled to describe her experience, and that’s when she decided to write about it.

“I had to get it out. I had to purge it, but I couldn’t purge it in speaking. I had to write it so that readers would experience it themselves, and that way they would feel it,” Etler explained.

Etler would wake up at 4:30 a.m. and would write her manuscript with Zebra pens on college ruled notebooks. As she wrote, she felt alive and empowered. She had been waiting her whole life to embark on this journey. She would sit on her couch, and let everything out onto the page.

“The feeling of the memories coming back was, it was like a high,” Etler explained.

Writing allowed her to be creative, and it gave her a sense of purpose.