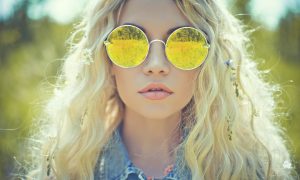 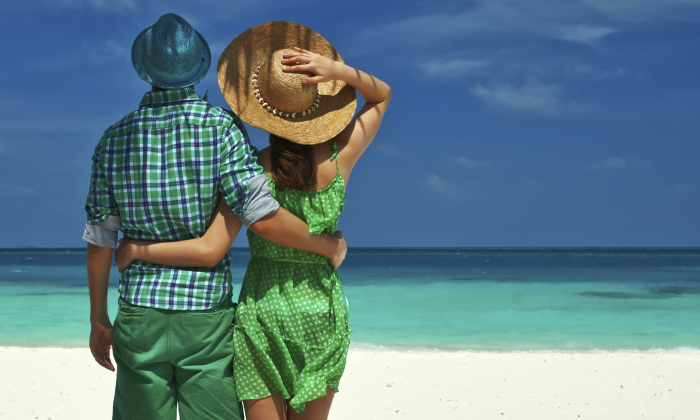 Sunscreen is an important tool for sun protection, but experts also advise wearing a hat and staying in the shade. (haveseen/iStock)
Good to Know

Sunscreen, skin cancer, and the dangers of tanning
By Conan Milner
biggersmaller
Print

Skin cancer is on the rise. According to the National Cancer Institute, U.S. melanoma cases have tripled since the 1970s. Nearly 74,000 new diagnoses are estimated for 2015, resulting in almost 10,000 deaths.

Experts point to the allure of the suntan as the main offender. Yet despite strong warnings from cancer experts, regulators, and dermatologists, tanning is now more popular than ever.

For decades, millions of sunbathers have sought a sun-kissed look. So why is cancer increasing? Some blame a thinner ozone layer, but there is a much more pernicious source of skin damage at play.

Today, many turn to tanning beds to keep the bronze glow year round. Especially popular with young people, the indoor tanning industry rakes in about $5 billion per year.

History of a Fashionable Tan

A suntan as a fashion accessory is a fairly recent development. For most of human history, a pale complexion was the cultural ideal. In Mexico, Brazil, Japan, and India it still is. In such cultures, light skin signifies wealth and status—a life of leisure. Dark skin tells of toiling the fields under the baking sun.

Coco Chanel is credited with starting the tanning trend by accident in 1923, following a cruise to the south of France. But there was actually a larger cultural shift responsible for the change.

After the industrial revolution, most of the labor force went indoors to the factories and office buildings, causing the new working class to turn pale. Meanwhile, wealth and leisure became synonymous with sunny, tropical vacations during cold months. A tan shows distinction from the lily white working stiffs stuck inside.

The sun is essential to life on earth, so it might seem strange to think of it as a source of cancer. But our sun has a dark side. In addition to providing heat and light, the sun is also a source of ultraviolet (UV) radiation. One type of UV ray—UVA—causes 90 percent of skin cancers.

UVB rays are what sunbathers seek, because these are what cause skin to darken. But UV rays are a package deal, so the more UVB you catch for color, the more UVA you’re exposed to.

Tanning beds work under the same principle, ozone layer not included. According to the Skin Cancer Foundation, a single tanning bed session has been shown to increase the chances of developing melanoma by 20 percent. Regular users can increase their risk by almost 75 percent.

Experts warn of significant dangers associated with UV exposure, whether from the sun or from tanning devices. Yet health myths about tanning have emerged in its rise to fame. Some claim that starting the summer with a base tan is good because it protects the skin from burns. Others believe that as long as you’re wearing sunscreen you’re fine.

According to Dr. Alicia Plotner, a dermatologist at the Ohio State University Comprehensive Cancer Center, any tan is a sign of skin damage. Plotner says that in addition to providing color, UVB rays also cause skin to age prematurely–resulting in wrinkles, sagging, spots, and eventually an unfortunate leathery look.

“As dermatologists we’re trying to change the way that people think about their complexion and encourage good sun protection behavior. Sunscreen is only one part of that. The other part is to wear sun protective clothing, to wear wide brimmed sun protective hats, and also to always seek shade. Try to avoid intense sun exposure during those peak hours, between 10 am and 2 pm.”

For sunbathers, the need for sunscreen is obvious. But Plotner says that everyone should use sunscreen, even on cloudy days.

“Anyone, regardless of skin color, who is going to be outside at any point during the day needs to wear sunscreen,” she said. “On a cloudy day most people don’t realize that about 80 percent of the sun’s UV rays can still transmit through the clouds to the skin.”

Even if you generally dwell indoors, you may also require sun protection. Because glass filters out UVB rays, you can’t get much of a tan in front of a window. UVA rays, however, still shine through.

Sunscreen is labeled with a sun protection factor or SPF. The SPF number is a measure of the product’s ability to reduce UVB transmission to the skin. The higher the SPF number of the sunscreen you use, the longer you can stay outside without turning red. The American Academy of Dermatology recommends products with an SPF of 30 or more.

Keep in mind that many sunscreens do not protect against UVA. Plotner advises patients to look for products labeled “broad spectrum,” to get UVA protection. If you anticipate sweating or getting in the water, you may also want a product that is water resistant. As long as you remain outside, reapply every two hours.

Also consider that protection of even the best sunscreens are limited. These products can guard against deadly melanoma, as well as squamous cell carcinoma, but they do little to protect against basal cell carcinoma. For the best protection, keep direct sun exposure to an absolute minimum.

If you get burned, Plotner recommends cool baths, moisturizers and good hydration to reduce symptoms. If burns turn to blisters, see a dermatologist.

“Blistering actually indicates a second degree sunburn. It’s a more severe form of UVB damage,” she said. “Blistering sunburns can become infected and can lead to discoloration of the skin or scarring, so it’s important to be evaluated if that happens.”

One of the controversies surrounding prudent sun protection is that less sun exposure means less Vitamin D. Some scientists blame widespread Vitamin D deficiencies on too much time spent indoors. Use of sunscreen further impairs the body’s ability to generate Vitamin D through the skin.

But dermatologists and cancer experts insist that risks of UV exposure are so great, the public is better off seeking vitamin D through the diet.

“You can get Vitamin D from fish, milk, and fortified products,” said Plotner. “Those are much safer sources than the sun.”