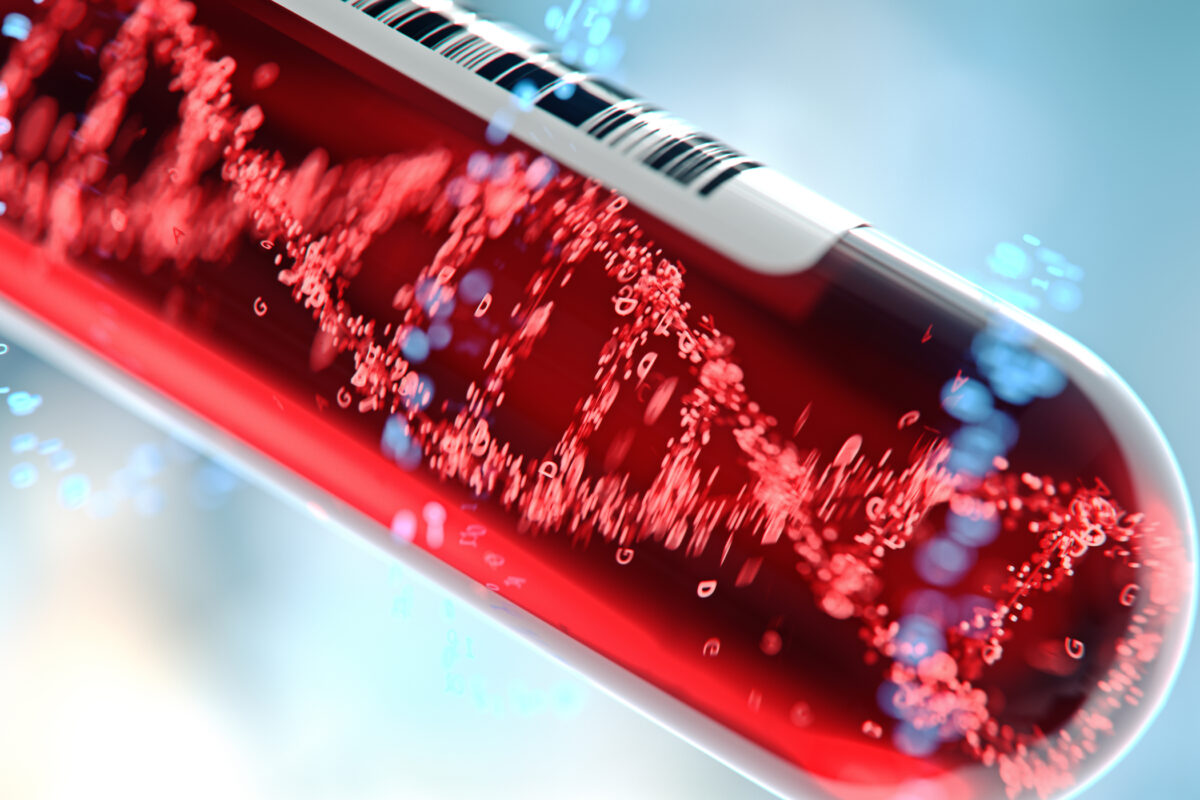 Researchers have developed a blood test that can detect the presence of eight common cancers. Called CancerSEEK, the blood test detects tiny amounts of DNA and proteins released into the blood stream from cancer cells. This can then indicate the presence of ovarian, liver, stomach, pancreatic, oesophageal, bowel, lung or breast cancers.

Known as a liquid biopsy, the test is distinctly different to a standard biopsy, where a needle is put into a solid tumour to confirm a cancer diagnosis. CancerSEEK, is also far less invasive. It can be performed without even knowing a cancer is present, and therefore allow for early diagnosis and more chance of a cure.

The test has been shown to reliably detect early stage and curable cancers. It has also been found to rarely be positive in people who don’t have cancer. This prevents significant anxiety and further invasive tests for those who don’t need them.

Several cancers can be screened for at once, and the test can be performed at the same time as routine blood tests, such as a cholesterol check. But the test is still some years away from being used in the clinic.

How the Test Works

Often long before causing any symptoms, even very small tumours will begin to release minute amounts of mutated DNA and abnormal proteins into blood. While DNA and proteins are also released from normal cells, the DNA and proteins from cancer cells are unique, containing multiple changes not present in normal cells.

We used CancerSEEK in just over 1,000 people with different types of early stage cancers. It was shown to accurately detect the cancer, including in 70% or more of pancreas, ovary, liver, stomach and esophageal cancers. For each of these tumour types there are currently no screening tests available – blood based or otherwise.

Along with cancer detection, the blood test accurately predicted what type of cancer it was in 83% of cases.

Published in the journal Science, the research was led by a team from John Hopkins University, with collaboration from Australian scientists at the Walter and Eliza Hall Institute.

Steady progress continues to be made in the treatment of advanced cancers, including major gains in life expectancy. But this can come at significant physical and financial cost. Early diagnosis remains the key to avoiding the potentially devastating impact of many cancer treatments and to reducing cancer deaths.

However, where there are proven screening tests that lead to earlier diagnosis and better outcomes, such as colonoscopy screening for bowel cancer, these are typically unpleasant. They also have associated risks, only screen for one cancer at a time and population uptake is often poor. And for many major tumour types there are currently no effective screening tests.

There are characteristic patterns of mutations and altered proteins that differ among cancer types. So CancerSEEK can not only detect that there is a cancer somewhere in the body but can also suggest where to start looking.

For example, if the pattern suggests a bowel cancer, then a colonoscopy is a logical next step. When blood samples were taken from over 800 apparently healthy controls, less than 1% scored a positive test. This means the test is rarely positive for people who don’t have cancer, thereby reducing the problem of overdiagnosis.

Overall, these results appear to be in stark contrast to previously developed blood-based tests for cancer screening. Currently the only widely used one of is the prostate specific antigen (PSA) test for prostate cancer. This has multiple limitations and some would argue the jury is still out on whether PSA based testing does more good than harm.

Large trials are now underway in the US, with CancerSEEK testing being offered to thousands of healthy people. Cancer incidence and outcomes in these people will be compared to a control group who do not have testing. Study results will be available in the next three to five years.

Peter Gibbs, Professor and Laboratory Head, Walter and Eliza Hall Institute This article is republished from The Conversation under a Creative Commons license. Read the original article.