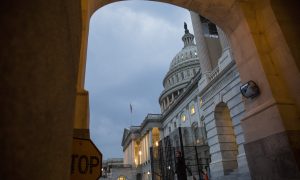 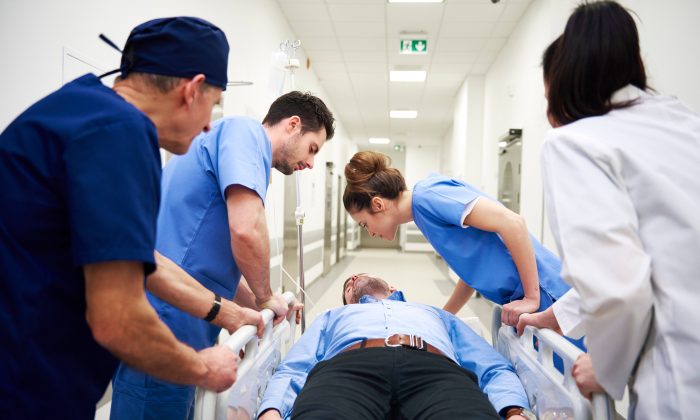 Downstream medicine which focuses on treating symptoms and the results of health problems is very costly.(gpointstudio/Shutterstock)
Lifestyle

A Missing Focus on Prevention Makes US Health Care Unsustainable

Who pays for health care is secondary to having care that actually preserves health, avoids unnecessary disease
By Jingduan Yang

Fifty years ago, President Richard Nixon declared that the U.S. health care system faced a massive crisis, warning that without prompt administrative and legislative action, the system would break down.

Since then, almost every administration has repeated a similar statement, using such terms as “unsustainable” and promising revolutionary changes.

Perhaps the reason that we have been muddling along for decades with an unsustainable health care system, perpetually in crisis, is that we have misnamed the entity we are talking about. The United States really has no “health care system.” What we do have, rather, is an illness and injury care system. One typically sees a doctor only when one is sick—sick enough for doctors to prescribe medication, further lab tests, or investigative procedures.

By the same token, Americans don’t have health care insurance, but rather sickness care insurance. That term better describes our situation, in which you pay insurance premiums for benefits that manifest only when you have lost your health by becoming sick or injured.

The way out of our seemingly interminable crisis in health care is to actually focus on health care. We need to establish public health policies that help people avoid disease and promote health as an upstream initiative. At the same time, we should encourage healthy lifestyles and natural medicines that prevent disease and foster health as a midstream effort, while preserving the best aspects of our current pharmaceutical-and-surgery-based crisis intervention and disease care system as downstream medicine.

Our current system emphasizes downstream medicine, practically to the exclusion of personal health maintenance and disease prevention. It focuses on treating the results of health problems and deals with symptom control and lifesaving most of the time. It’s, therefore, very costly. How costly? According to Peterson-Kaiser Health System Tracker, Americans pay more, way more, than residents of any other country on earth. In 2017, per capita, health consumption expenditures in the United States were more than $10,224. By comparison, the average expenditures for other wealthy countries were about half that, or $5,280.

In terms of our national economy, national health expenditures have grown to 17.9 percent of GDP in 2016 from 6.9 percent in 1970, according to the Centers for Medicare and Medicaid Services. It is estimated that by 2026, health care spending will reach 19.7 percent of GDP, or $5.7 trillion. Since 1970, U.S. health care costs have risen an average of 17.5 percent every year. What would we have done if energy costs had risen as much over the same period?

What makes it a sad situation is that 30 to 34 percent of health care costs are due to unneeded and wasteful spending in administration and operations, as well as clinical services.

You may imagine that such costs are worthwhile, that they reflect better health for the typical American than that of the typical foreigner. But you would be wrong, dead wrong.

The U.S. mortality rate is the highest of all comparable countries, as is our disease burden and rates of medical, medication, and lab errors (which are addressed below). Hospital admissions for preventable diseases such as congestive heart failure, asthma, and diabetes are also more frequent in the United States than in comparable countries. This underscores the lack of attention we pay to prevent disease and maintain health—a misplaced focus that results in higher costs and worse overall health.

What lays behind the high cost and poor performance of American medicine? The prominence played by drugs and surgery in our sickness system accounts for much of the misery.

While prescribed medications have helped many patients relieve their pain and disabilities, the cost borne by these patients is enormous. And it’s not just money; many patients pay with their lives.

Studies of hospitalized patients have estimated that as many as 106,000 U.S. residents die annually because of adverse drug reactions (ADRs), which occur when patients have unpredictable reactions to correctly prescribed medications. By comparison, about 6,000 Americans die each year because of workplace accidents. If those estimates are accurate, then ADRs represent the country’s fourth-leading cause of death—ahead of pulmonary disease, diabetes, AIDS, pneumonia, accidents, and automobile deaths. In economic terms, one study estimated the annual cost of drug-related morbidity and mortality at $136 billion, which is more than the total annual cost of cardiovascular or diabetic care.

The American crisis of ADRs has many causes, but the vast availability of drugs and the propensity of medical personnel to prescribe them are fundamental. In 2000, U.S. medical personnel wrote more than 2.8 billion prescriptions, or approximately 10 per person. Two-thirds of patient visits result in a prescription, and ADRs increase exponentially when a patient is taking four or more medications.

Physicians are humans, and humans make mistakes. But in the context of downstream medicine, the consequences of mistakes are far more dire than they would be if our focus was on preventing disease and maintaining health. For example, reports show that U.S. surgeons operate on the wrong part of the body 40 times per week. According to a recent study by the Johns Hopkins School of Medicine, more than 250,000 people in the United States die every year because of medical mistakes, a figure that represents about 10 percent of all U.S. deaths and is the third-leading cause of death, after heart disease and cancer.

According to a study reported in the “Journal of Patient Safety,” however, the number of deaths from medical errors may be as high as 440,000. The reason for the 76 percent difference is that physicians, funeral directors, coroners, and medical examiners rarely note medical errors or system failures as causes of death. In addition, diagnostic errors affect at least 12 million patients a year, with 4 million suffering serious harm. For example, hospital-acquired infections cause about 80,000 deaths per year in the United States

Without addressing the root causes of illness and providing advice on lifestyle modifications, our focus on medication and surgery alone can only mask symptoms and remove diseased body parts, even when it works. Physicians who depend solely on prescribing medications to help their patients must re-evaluate the role they play in their patients’ health care. We have every reason to believe that Americans should have better health care outcomes than residents of other countries who pay far less and get much more.

How do we fix the U.S. health care system problem? The first step will require us to refocus the national debate. The issue of who pays for health care is secondary to fixing the structure of our system. Our primary attention needs to be on how to elevate the priority of more effectively delivering preventative care. By keeping more people healthy, and catching any issues in their early stages, we can shift the size of the burden that we currently place on emergency care. We can also avoid totally preventable diseases and debilitating conditions. Through these changes, we’ll reduce our reliance on very expensive hospital and emergency room care, as well as drastically improve the quality of life for all.