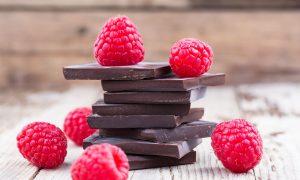 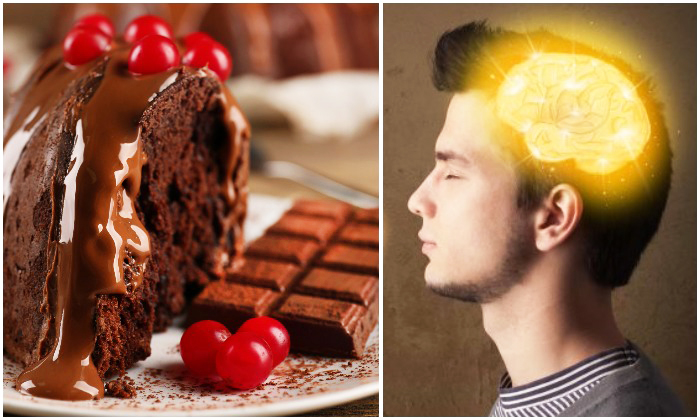 Apart from all the health benefits, eating more chocolate can make you smarter too!
By Ruby Mey

Happy “Chocolate” Day! You may not have heard people said that before, but chocolate has become one of the most important gifts for Valentine’s Day. Last year, we consumed four billion pounds of chocolate, which is the equivalent of four Yankee Stadiums filled with candy bars.

Some people may feel guilty about receiving chocolate as a gift because of the bad press some types of chocolate receive.

If you like chocolate and don’t want to feel guilty for enjoying it, there’s good news. Dark chocolate with a 60 percent or higher cocoa content is actually considered nutritious and has many benefits for your health. Here are nine reasons why this special treat can make you healthier and happier.

It’s true that dark chocolate can make people happy, and the reason can be explained by science. A 1996 study shows that chocolate caused the release of endorphins in the brains, making people feel happy and content.

Dark chocolate also contains a number of mood-lifting chemicals, and one of them is phenylethylamine, a natural antidepressant and one of the chemicals your brain produces as you fall in love. Another chemical it contains is serotonin, which is a neurotransmitter that produces feelings of happiness. A low serotonin level is attributed to depression and anxiety. According to PsychCentral, eating dark chocolate can increase serotonin levels and prevent depression.

An Italian study shows that a tiny bit of dark chocolate daily reduces inflammation that leads to heart disease. The ideal amount is 0.23 ounces. A typical Hershey bar weighs 1.55 ounces.

That means eating one dark chocolate bar over the course of a week will get you to the ideal amount of 0.23 ounces per day to reduce heart disease.

In a controlled study, cocoa powder was found to significantly reduce oxidized LDL (“bad”) cholesterol and increased HDL (“good”) cholesterol. Oxidized LDL means that the LDL has reacted with free radicals and is capable of damaging other tissues, such as the lining of the arteries in your heart. Dark chocolate is one of the best sources of antioxidants on the planet, so it makes perfect sense that it can lower oxidized LDL.

Another amazing health benefit of dark chocolate is its ability to lower your blood pressure. A study by Harvard looked at 24 studies on chocolate in the past. Over 1,000 people were involved in these studies, and in conclusion, dark chocolate was found to lower the blood pressure of all participants. The benefits were greater in those who already suffered from hypertension.

Pregnant women craving dark chocolate may sound unhealthy, but the good news is eating it daily is actually good for pregnant women and babies.

A medical study found that by eating dark chocolate regularly during pregnancy, women are 69 percent less likely to develop preeclampsia, a major cardiovascular complication when the blood supply to the fetus is cut off or restricted. The study also saw significant blood flow to the fetus.

A 40-year study on cognitive function concluded that all types of intelligence measured were increased by chocolate consumption—along with spoken word recall.

Another study of healthy volunteers showed that eating high-flavanol cocoa for five days improved blood flow to the brain. This may be because cocoa contains stimulant substances like caffeine and theobromine, which may be the reason why it can improve brain function in the short term.

This special treat also has beneficial effects on certain cells that produce antibodies. It can also help lymphoid tissues, the organ that help to coordinate the immune response, to produce cells more effectively and improve defense against diseases.

Doctor at University of Hull reveals that chocolate is better than cough syrup for curing cough. The report studied 163 people and revealed that the patients taking chocolate-based medicine saw significant improvements in two days.

The scientific reason for this is one of the chemicals in cocoa, theobromine, is known to antagonize the activity of the vagus nerve. The vagus nerve is a part of your brain, and its simulation can trigger coughing. This recent study has led to scientists looking into creating medication for coughs that uses theobromine.