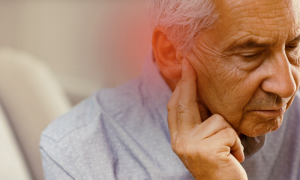 When People Complain Your TV Is Too Loud: 8 Subtle Signs of Hearing Loss That Are Easy to Miss
0
Share Now
TelegramFacebookTweetEmailTellMeWeReddit
Copy Link 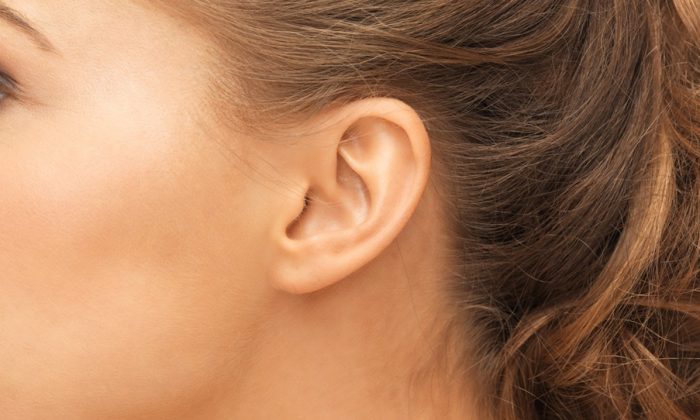 8 Things Your Ears Reveal About Your Health–What Do Earlobe Creases, Too Much Ear Wax Mean?

From our eyes to our nose to our ears, our body parts can provide us with plenty of clues when it comes to our health. The ear is a complex organ that serves functions that go beyond hearing, such as helping us to balance while we walk and sending the equilibrium information to our brain.

The ear has three major parts: external ear, middle ear, and inner ear. Each of these parts has different, but important, features that facilitate hearing and balance. Ears come in many shapes and sizes. According to a study published in the Journal Plastic and Reconstructive Surgery, generally men’s ears are larger than women’s and the ears get larger as a person ages regardless of gender. The study also found that the average ear is about 2.5 inches long, and the average earlobe is 0.74 inches long and 0.77 inches wide.

Our ears are delicate, and if you look and listen closely, they can help us tune-in to serious issues about our health. Here are 8 things you can look for in terms of appearance, size, as well as earwax produced to find clues about your health conditions:

An earlobe may have creases that are straight lines or wrinkles, unlike “normal” earlobes which are smooth. An earlobe crease is called a “Frank’s sign” (named after the doctor, Dr. Sanders T. Frank who first noticed it). This feature is a potential sign of heart disease.

Scientists are unsure how heart disease are linked to earlobe creases. One theory suggests that the elastic tissue around the small blood vessels that carry blood to the earlobes produces the creases in the earlobes; which is the same type of change that happens with blood vessels associated with Coronary Artery Disease (CAD).

Many studies have established a connection between earlobe creases and heart disease, so it is worth taking a wrinkle on your ear seriously and consider seeing your doctor.

There are many reasons why people experience hearing loss. Diseases in the ears like Meniere’s disease is a disorder of the inner ear that can lead to hearing loss. If you have type 2 diabetes, you may experience hearing loss; studies show that hearing loss is twice as common in people who have diabetes than in those who don’t. The reason for this is not clear, but it is known that high blood sugar can damage blood vessels throughout the body, including in our ears.

Hearing loss can happen even if you don’t have any diseases and is now getting more common. Normally, hearing declines with age, but hearing loss can happen at a young age. “Noise-induced hearing loss is a growing problem in this country,” Dr. Sreekant Cherukuri, an otolaryngologist and the founder of MDHearingAid told Live Science. “We are connected to phones and music players, often for hours each day. When our ears are exposed to harmful noise, delicate cells in the inner ear become damaged.”

Dr. Cherukuri says that once the hearing is gone, it is impossible to repair naturally; the good news is that this type of noise-induced hearing loss is 100 percent preventable. So it is important to look after your ear health to prevent damage to your hearing.

Red ears can occur due to sunburn, flushing, and skin infections like cellulitis or erysipelas. But red ears can be a sign of a more serious health problem in the adrenal glands, according to Medical Daily. The adrenal glands are responsible for producing the hormone adrenaline, which prepares our body to react in a stressful situation. Red ears are a characteristic of adrenal deficiency.

There are many reasons that can cause ringing ears, a condition called tinnitus. There are some 30 million Americans, or one in ten adults, who have tinnitus. According to Healthline, one potential cause of ringing ears is Meniere’s disease (described above). Other causes include: muscle spasms in the middle ear, head and neck injuries, high levels of cholesterol, and high blood pressure. Also, an abundance of earwax that alters the way we hear can cause tinnitus, among other things. If you hear ringing, buzzing, roaring, or clicking sounds, see your doctor and find out what is going on.

If you have small ears or unusual ear shape, it may be a sign of kidney disease. This is because a baby’s kidneys develop at the same time as the ears. So if you notice that you have this trait, you may want to see a doctor to get your kidneys checked out.

Itchy ears are a common problem and have several possible causes. It can be caused by a nervous habit, trauma to the ear canal, fungal infection, allergies, and skin diseases such as psoriasis or dermatitis.

Psoriasis occurs when the immune system attacks the skin by mistake. It can be very painful for the ears, where the skin is thin. It may lead to a buildup of dead skin that makes hearing more difficult. If this happens, ask your doctor for treatment advice, but there is no cure for psoriasis.

Temporary earache can occur due to sudden changes in air pressure, such as when traveling on an airplane or riding in an elevator. It can also be an early sign of colds, flu, infection, earwax build-up, or a foreign object in the ear.

Intense earaches accompanied by clear or bloody fluid from the ear may be caused by a ruptured eardrum. Ruptured eardrums can be caused by injuries to the head or neck areas or changes in air or water pressure, e.g. while scuba diving. Other common causes for chronic ear pain include: tinnitus, strep throat, and sinus infection. If the ear pain does not go away, you should see a doctor to find out the cause.

It would take a whole separate article to list all the different health conditions revealed by the occurrence of earwax. Earwax is important to help control bacteria and infections so they do not enter our middle ear. You can look at the color, consistency, and smell of earwax, e.g. cloudy and runny earwax could mean that there is an ear infection, while bloody earwax may be caused by an injury to the ear.

Also, earwax can potentially be used as a non-invasive way to diagnose more serious diseases such as maple syrup disease, which is an inherited disorder where the body is unable to process certain protein building blocks (amino acids) properly. It can be detected through the smell of earwax earlier than by using other methods.