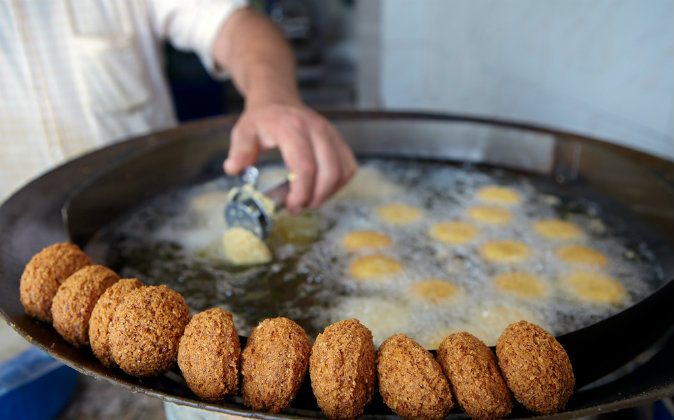 8 Hidden and Authentic Restaurants in Cairo

Eating at a restaurant certainly doesn’t have to be a luxurious event, however, it should aim to be a satisfying and considerably nourishing one; if you’re lucky, the experience may prove to be a little bit educational as well.

Setting out to discover exciting meals that come in unlikely packages, our hunt turned an impressive collection of unassuming eateries that deliver tasty, and more importantly, truly authentic meals.  Unlike many upscale restaurants that are filled with fusion and mixed menus, the following locations offer nothing but genuinely cooked meals, designed to leave your belly full, nourished, and (hopefully) content.

Desoke, which would be more correctly spelled, Desouky, can be found tucked away in a small alley between 26th of July and Sayed El Bakry Streets in Zamalek.  Relatively inconspicuous, the restaurant is essentially made up of a kitchen that’s embedded in a wall and a few tables set up on the pavement across from it.

Laid out with simple yet pleasant flowered plastic tablecloths, the tables are laid with neatly placed water glasses and dice-shaped salt and pepper shakers, tingeing the otherwise colorless atmosphere with unexpected quaintness.  Following recipes that have been passed down over generations, the Egyptian menu offers staples such as rice, molokheya, beans in sauce, roasted chicken and salads, which all turned out to be deliciously wholesome; the rice in particular was incredibly tasty.

On road 233 in Maadi there seem to be quite a few Chinese and Asian eateries available, however the one with the most impressive reputation would have to be Ghenghis Khan, found towards the southern end of the street.  Owned and run by Chinese nationals, the restaurant makes no attempt to impress its patrons, and perhaps it doesn’t need to.

A long menu with all the typical Chinese dishes may prove overwhelming, so asking for a recommendation could be helpful – in this case, the recommendation was the Shaolin beef, which was served in a large bowl, swimming in a sauce of spices and chilli peppers.  The management speak no English and barely any Arabic so sign language is important in facilitating the meal.  The portions are quite large, so if there was ever a time to share, then this is one of them.

Located on Dokki Street, Al Shebani serves authentic Yemeni food in a rather strange setting.  Far from visually pleasing, the restaurant is small, with tables lined up on either side of its walls – where each one is questionably hidden behind a curtain.  Similar to Saudi Arabian cuisine, the menu includes bean, meat and chicken dishes, which come served in a piping hot pottery dish, begging to cool down before being eaten.

While the cooking technique and its bubbling cauldron-like presentation was relatively exciting to observe and partake in, the food itself seemed to suffer slightly from being over cooked, and simply being served too hot.  However, the huge piece of flat bread that is used to scoop up the meal was wonderful and served fresh, warm and crispy.
The talkative manager stood and told stories throughout most of the meal, and it turns out, the eerily empty and quiet restaurant next door belongs to an ex-partner who separated once the relationship turned sour.

Verdict: Interesting display of food and plating but the food itself was not that impressive.
Rating: 2.5/5

Found at the top of a few stairs on Road 218 in Maadi, Gaya comes in a considerably neat package with squeaky clean tables and a simplistic, spacious interior, albeit a rather bland one.  Owned and run by Korean nationals, the restaurant attracts many expats and the menu it offers is expansive and full of variety, including pork.

However, the prices overall are slightly high.  A selection of starter dishes is served before the meal, and these include an array of salads, one of which is the traditional Korean dish, kimchi – which is quite spicy – as well as cucumber, arugula, and eggplant dishes.  The main courses are very reasonably portioned and include pretty standard Asian dishes like noodles, sweet and sour chicken, and stir-fry beef, all of which were very good.  Gaya is also quite known for its tofu dishes.  A definite plus for some patrons would be the availability of beer, which can be the ideal accompaniment to the numerous spicy dishes available to order.

This article was written by Tanya El Kashef and originally published on Egyptian Streets.

*Image of Falafel via Shutterstock