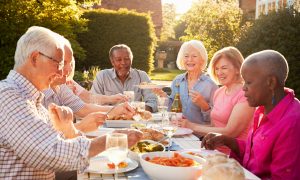 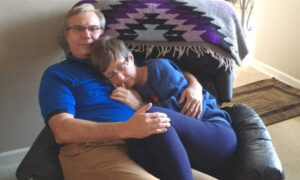 Story of Love and Faith: Photo of Man Caring for Wife Who Had Dementia Touches Countless
0 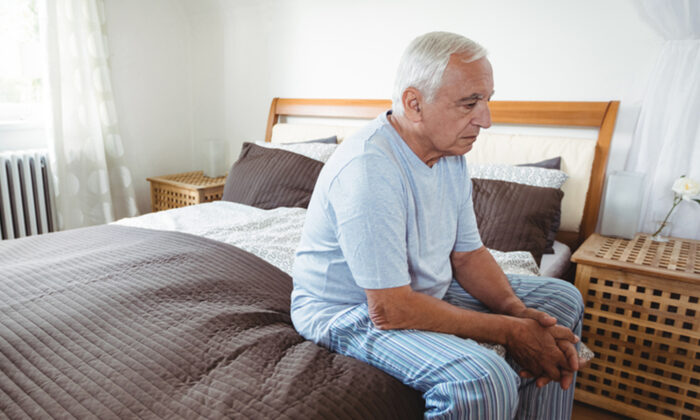 7 Early Warning Signs That May Indicate Dementia–Do You Find Your Loved One Staring Off Into Space?

There are more than 50 million people around the world with dementia, and this number is expected to rise to 75 million by 2030, according to the organization Alzheimer’s Disease International.

With more information than ever on the physiological processes of dementia and a vaccine ready for human trials, it’s important to know the early warning signs that your body will give you. Catching dementia early can give doctors the chance to prescribe therapies and changes to lifestyle and diet, which can be extremely helpful in managing the condition.

Today, we’ll look at seven indicators that can help you diagnose the onset of dementia.

If you or someone you know is experiencing frequent lapses in balance and coordination, this could be an early sign that dementia is setting in. It’s been established by health researchers that people with Alzheimer’s disease, the most prevalent form of dementia, are at higher risk of hip fractures due to falls than other adults their age.

It’s not entirely clear why, but as Paul Adams, senior director of product management for Phillips Lifeline states, “Imagine not knowing where you are and not recognizing the people around you […] when you’re anxious and panicked, you tend to move too quickly and carelessly.” So if spatial perception is an issue, get checked by a doctor.

2. Disregard for the Law

Poor judgement with relation to finances or even obeying the law can be an early sign of changes in the brain connected to frontotemporal dementia (FTD). “It is sometimes hard to wrap our minds around the concept that a specific part of our brain is not functioning properly, leading to behaviors that may range the gamut of disruptive, detached and sometimes criminal,” doctor and researcher Georges Naasan said to Reuters.

Because the brain’s ability to discern truth from lies and the underlying meaning of words is in the frontotemporal lobe, dementia sufferers often miss such discrepancies. What seems to be off with dementia patients is the ability to catch the verbal and non-verbal cues (such as intonation, facial expressions, etc.) that would normally let them know the person isn’t being serious or honest.

A group of scholars at the University of California-San Francisco did an experiment with a videotape of people telling lies or being sarcastic in conversation and showed it to a group of seniors, some healthy and others with dementia. They found that gullibility was a reliable indicator of dementia, a fact that corresponds with the high number of dementia patients who fall victim to scams.

4. Staring Off Into Space

While patients with Lewy body dementia have been known to show cognitive fluctuations, including staring into space for significant periods of time, a 2010 study from Washington University in St. Louis showed that this symptom is often found in Alzheimer’s patients as well.

Often called “reduced gaze,” this is an effect of the brain’s normal management of eye movement and tracking. If you see this or if others do, you should consult a doctor. This diminished control and awareness of eye movement can also manifest in the form of skipping lines while trying to read.

5. Loss of Motor and Cognitive Skills

Many dementia patients will find that they have trouble performing basic tasks that once were easy. This could include manipulating objects, such as buttoning a shirt, which requires fine motor skills, as well as general difficulty remembering how to do something.

This might not be obvious all at once, but a 2016 study showed that taking longer to complete fine motor tasks was highly correlated with Alzheimer’s disease.

Eating issues are a common problem with dementia patients, whether it’s a loss of appetite, overeating, or no longer enjoying “favorite” foods. But one of the most distinctive aspects that accompanies degenerative neural diseases is the eating of foreign or inedible objects.

The reasons for this could include that a sufferer forgets where they are or what they are doing during mealtimes and might accidentally perceive an object associated with the meal as part of the food itself.

“Cognitive empathy is the ability to understand another person’s emotional state. It allows you to pick up on someone else’s mood, whether it be happy, fearful, or concerned,” explained Dr. Muireann Irish of Neuroscience Research Australia. This loss of empathy is often a result of dementia, particularly due to the loss of cells in what researchers often call the “social brain.”

While this phenomenon can be noted both in patients with Alzheimer’s and frontotemporal lobe disease, per Dr. Irish’s Journal of Alzheimer’s Disease, the latter expresses it much more acutely.