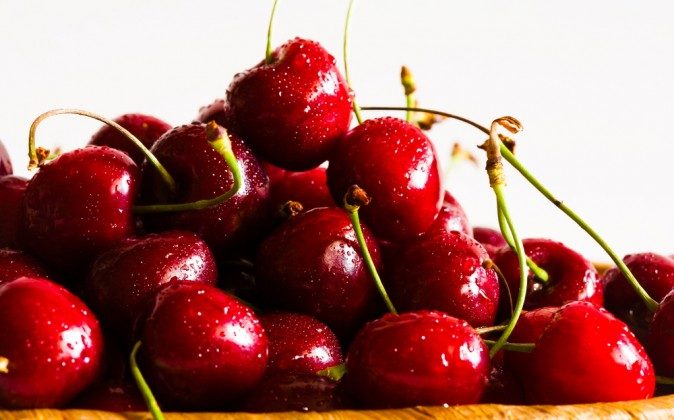 What is it about cherries? Turns out, it’s not just that cherries taste good – sweet and juicy with a hint of tartness, as they are. Cherries can also make you feel good. And as if that weren’t the cherry on the cake, there are many healthy benefits of cherries, too. Here is how you may be able to benefit from eating cherries:

1.    Cherries Can Help You Sleep Better

Cherries are a natural source of melatonin, a hormone that helps regulate our sleep-wake cycle. Although melatonin is produced in the body, melatonin supplements are sold over-the-counter to induce sleep and improve sleep duration and quality. But whereas melatonin supplements come with potential side effects, including headaches, nausea, strange dreams and next-day grogginess, cherries do not.  Sleep researchers recommend eating cherries an hour before bedtime. (It totally works for me.)

2.    Cherries are Good for Your Heart and Circulatory System

Speaking of melatonin, researchers have detected that people who have heart attacks tend to have very low levels of melatonin, which the consumption of cherries can help boost. Another compound found in cherries – known as polyphenols – has been shown to be beneficial in preventing the formation of blood clots. Yet another compound found in cherries – known as anthocyanins – has been shown to protect blood vessels from oxidative stress, implying that the consumption of cherries may help prevent the formation of arterial plaque.

3.    Cherries are Good for Your Brain

The same compounds mentioned above – melatonin, polyphenols and anthocyanins — have been shown to support healthy brain function. All three have been shown to protect brain cells from oxidative stress and may play a role in preventing various forms of dementia.

Researchers from Johns Hopkins Hospital report that anthocyanins reduce inflammation about as well as the prescription drug, Indocin  – a powerful non-steroidal anti-inflammatory (also known as NSAIDs).  But whereas Indocin comes with a set of warnings (heart attack, stroke, intestinal bleeding), cherries do not.

5.    Cherries May be Nature’s Performance-Enhancing Drug

Research shows that consuming cherries may help athletes to cut down on post-workout muscle pain, which can add up to more consecutive training days and less down time. This effect was demonstrated in connection with both distance running and strength training.

When patients with gout  – a complex and very painful form of arthritis – consumed cherries over a period of just two days, their risk of an attack of gout was down 35 percent compared with those who did not consume cherries.

Cherry season is in full swing right now.  Treat yourself to a few.  Or, a lot!

*Image of “cherries” via Shutterstock