Shen Yun: ‘A guide that takes you by the hand’ 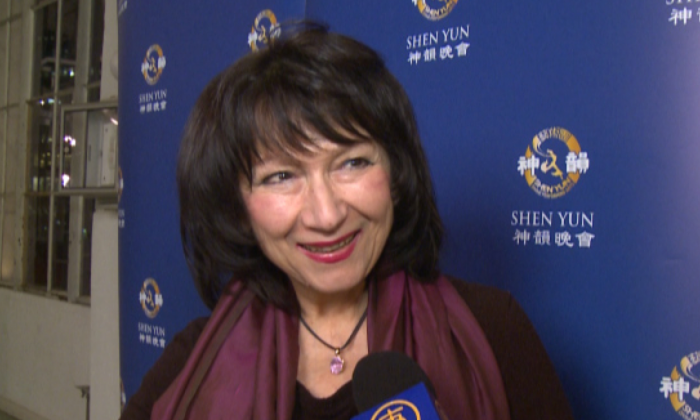 The violinist was deeply impressed by the Chinese traditional costumes made with precious materials and hand embroidered.

“It’s so very fluid. The costumes are amazing and then there are these group scenes where the movements are so well synchronized, the small steps, the objects as well as the sleeves… It’s so pretty; it’s absolutely wonderful.”

Shen Yun Performing Arts presents legends of ancient China which evoke the traditional Chinese values of courage and loyalty. Mrs Stakian was deeply touched by these stories in which she sees “moral value … a guide that takes you by the hand” or “things that everyone needs in his own life.”

Shen Yun orchestra combines two musical traditions, that of the West and of the East. Chinese instruments such as the pipa and the erhu are accompanied with Western instruments.

As a musician, Mrs. Stakian appreciated Shen Yun’s orchestra and called it magnificent.

In conclusion, Mrs Stakian confessed to having been “greatly affected” by the performance.