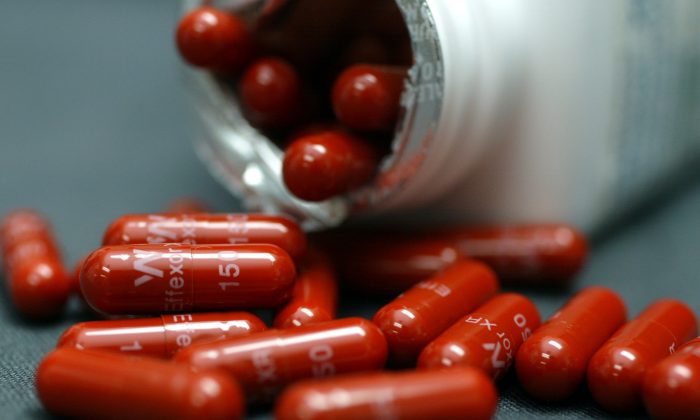 A bottle of Effexor antidepressant pills in Miami, Fla., on March 23, 2004. FDA asked makers of popular antidepressants to add or strengthen suicide-related warnings on their labels as well as the possibility of worsening depression especially at the beginning of treatment or when the doses are increased or decreased. (Joe Raedle/Getty Images)
Health

45% of Antidepressants Aren’t Taken for Depression

Antidepressant use in North America has jumped in the last two decades, perhaps because doctors are increasingly prescribing them for conditions other than depression, like anxiety, pain, and insomnia.

For a new study, Jenna Wong, a Ph.D. student in the epidemiology, biostatistics, and occupational health department at McGill University, used data from an electronic medical record and prescribing system that has been used by primary care physicians in community-based, fee-for-service practices around two major urban centers in Quebec, Canada.

Spike in Overdose Deaths as Fentanyl Is Disguised as Other Drugs

The study includes prescriptions written for adults between January 2006 and September 2015 for all antidepressants except monoamine oxidase inhibitors. Physicians participating in the study had to document at least one treatment indication per prescription using a drop-down menu containing a list of indications or by typing the indication(s).

Doctors also prescribed antidepressants for several indications that were off-label for all antidepressants, including migraine, menopause, attention-deficit/hyperactivity disorder, and digestive system disorders.

“The findings indicate that the mere presence of an antidepressant prescription is a poor proxy for depression treatment, and they highlight the need to evaluate the evidence supporting off-label antidepressant use,” the authors write in the Journal of the American Medical Association.