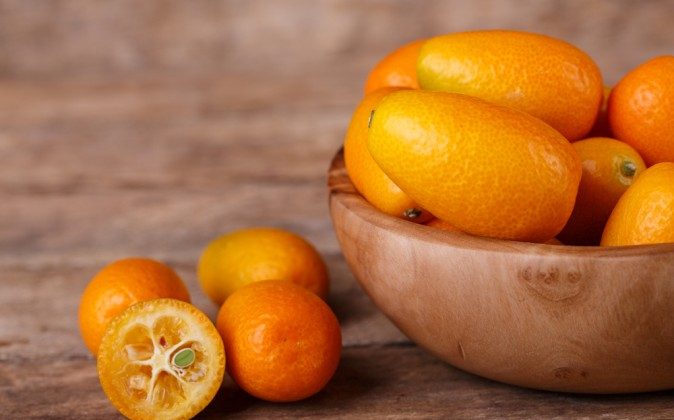 4 New Fruits for Your Healthy Lifestyle

Fruit is good for us – for our bodies, our minds and even our emotional well-being. We’re creatures of habit, but let’s face it,  eating the same fruits all the time gets old. But there’s a solution: those weird types of fruits we see in the specialty food markets, winking at us from their crates, daring us to tingle our palates and experience exotic lands, if only with our sense.

But who wants to take that leathery purple orb in hand and look like a novice, asking questions like, “what is this thing?” and “is it edible really?”  Well, fear not: I took it upon myself to do that for you. All you need is to read up on these four weird types of fruit, march into your specialty food store and fearless toss these babies in your cart, knowing what delights await.

Mangosteen is known in Thailand as the “queen” of all fruits (we will discuss the king next). Mangosteen looks like a purple, leathery orb with a vivid green stem. Inside, the flesh is white like a lychee (discussed below) and segmented like an orange. Rich in vitamin C and containing rare vitamin B- complexes, the New York Times did a write up on mangosteen that described it as “thrillingly, intoxicatingly luscious” and “evocative of the exotic East, with so precise a balance of acid and sugar.”

Durian is the “king” to mangosteen’s queen. Anthony Bourdain – celebrity foodie – is a fan of its rich, buttery, creamy flavor and texture. Others call it “fruit crack”, swearing that durian gives them a full body “high”, eases anxiety, heats them up and puts them “in the mood”.

But let me not mislead you: durian is known also for its aroma, although the word “aroma” may be misleading, if you consider the essence of dirty gym clothes marinated in garlic and garbage to be more of an odor than an aroma. I mention the smell as an aside because it has done nothing to dissuade durian’s fans, for whom a mere waft of stink is nothing compared to the texture and the thrill of this weird type of fruit.

Those in the know recommend mangosteen after durian – to cool down after heating up. The mangosteen is considered the yin to durian’s yang and can be incorporated into an ayurvedically balanced diet.

If you’ve ever seen what appears to be an undergrown orange about the size and shape of an olive, you’ve seen a kumquat. With a sweet rind and sour flesh, some toss the flesh and eat only the rind. Some eat both to highlight the contrast.

Read more about summer fruits and veggies to keep you hydrated

A lychee is a perfect example of how looks can be deceiving. Lychees look like really huge strawberries but with hard, bumpy red shells. But peel off that shell, and inside is a fragrant, glistening snow-white fruit with a sweet and light taste and texture somewhere between a plum and an orange. Inside the flesh is small black pit that is so smooth, it’s jewel-like. Alas, it’s just a pit.