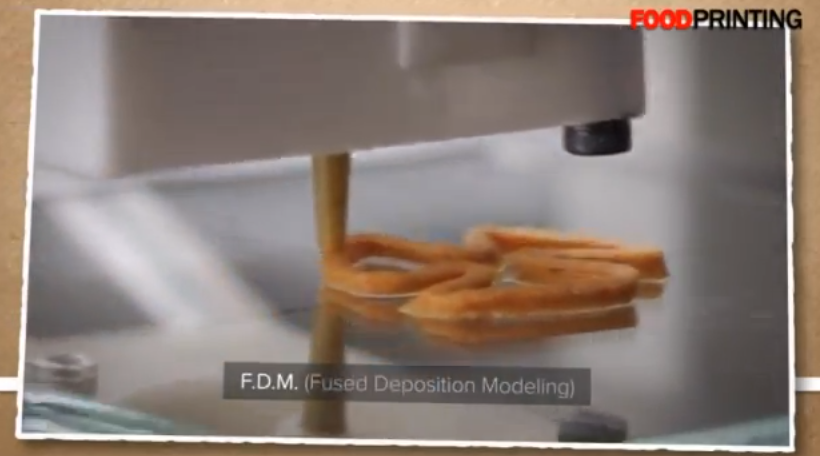 3D printing is an innovative manufacturing process whereby an object is built up, layer by layer, from a 3D computer design, using for example, printing technology or lasers. (screenshot of Youtube)
Food

NASA has granted researchers $125,000 to further develop 3D-printed food. Such technology is said to be the potential solution for long-distance space exploration, as well as world hunger.

Contractor proved in Nov. 2012 that his technology is able to produce chocolate.

According to digital news outlet Quartz, Contractor will begin attempting to print a pizza within the next few weeks.

By combining each block, a wide range of foods should be able to be created by the printer.

The pizza printer is said to print a layer of dough first. Next, tomato powder, water, and oil will be mixed as the dough is being cooked, according to Quartz.

Many have commented on how this technology resembles the Star Trek “replicator,” a science fiction machine that can synthesize meals and other objects on demand.

According to Quartz, Contractor envisions the machine to be able to feed the earth’s projected 12 billion people one day, “customizing nutritionally-appropriate meals…from cartridges of powder and oils they can buy at the corner grocery store.”

The machine would also aim to reduce food waste since its powder’s shelf life is 30 years.

Contractor’s research company is currently in early stages of the concept, and no machine has been created yet that can actually provide food for long distance space travel.

“My guess is that before researchers address the question of food safety from such a system, they will first need to determine if such a machine can actually work in microgravity and what materials it might use,” David E. Steitz, NASA’s Senior Public Affairs Officer said in an email to The Epoch Times.

Several nutrition experts declined to comment on the topic because there is too little information known about 3D food printing at this time.

But some feel that maintaining good nutrition in 3D food should not be a problem.

“It should be possible to maintain good nutritional qualities in the dried state although how the powders are stored will be important,” said John Coupland, Chair of the Ingredients as Materials Impact Group at Penn State University.

But “fats and oils will tend to go rancid over long storage and vitamins can break down,” he added. “Its an interesting approach but I think they will struggle to convert the powders into something recognizable as food.”