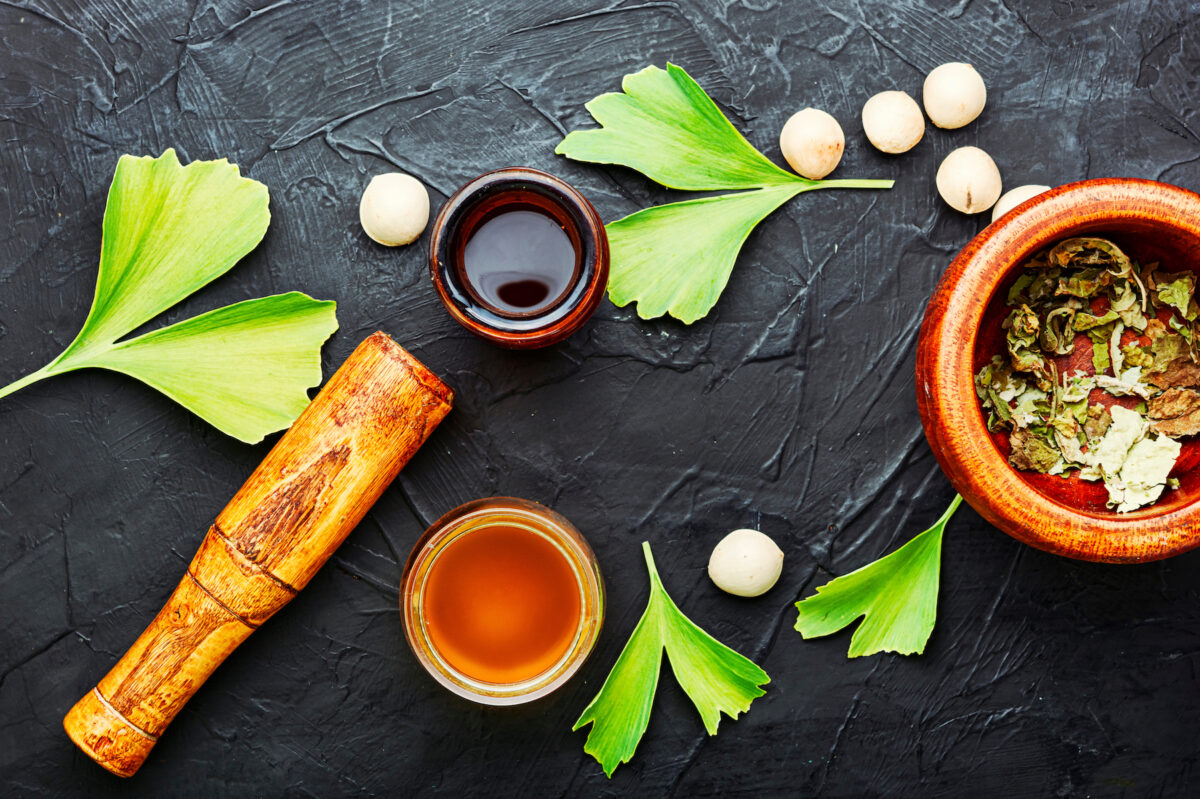 Ginkgo biloba has been researched to have potential value in the treatment of over 100 diseases. Here are just 17 proven ways it can heal

The ginkgo biloba tree is unique in many ways. Also known as the “maidenhair” tree, it blooms only at night and sheds its blossoms immediately. Its fruit is said to stink of rancid butter. And it is a survivor.

The ginkgo is often referred to as a “living fossil.” The term was coined by Charles Darwin and refers to a living species that has no close living relatives. The ginkgo species dates back over 270 million years to the era of dinosaurs. That is all the more amazing when you realize that the average plant species may survive only a few million years.

A single ginkgo tree can live as long as 1,000 years although one Daoist temple in Chinese claims a tree in its courtyard is about 10,000 years old. And in 1945 six of the trees are said to have survived in Hiroshima in the devastated area around the impact of the atom bomb.

The medicinal history of ginkgo is also long. Chinese records are believed to mention using the leaves as far back as 2800 BC to improve blood circulation and lung function. Fifteenth century records mention the use of the leaves for skin wounds and diarrhea.

Scientists have identified more than 40 components in ginkgo. So far only two – flavonoids and terpenoids – seem to have medicinal properties. Flavonoids are plant-based antioxidants that have been shown to protect the nerves, heart muscle, blood vessels, and retina from damage. Terpenoids (such as ginkgolides) are known to improve blood flow.

Ginkgo is one of the most studied herbal remedies in the world. Here are just 17 human studies proving its healing powers.

In a meta-analysis German researchers reviewed nine trials using the standardized Ginkgo biloba extract EGb 761® which has become one of the most widely used herbal remedies for dementia and cognitive impairment. They concluded that ginkgo biloba was more effective than a placebo for improving cognition in patients with Alzheimer’s disease and dementia. It also improved activities of daily living for Alzheimer’s patients. They researchers suggested that ginkgo biloba may be just as good or better than other treatment options for patients with mild or moderate dementia.

One meta-analysis of 21 trials found that compared to conventional medicines alone, ginkgo biloba in combination with conventional drugs was superior in improving cognitive and activities of daily living scores for patients with Alzheimer’s disease in just 24 weeks. It also improved thinking in people with mild cognitive impairment.

Another meta-analysis published in the Journal of Alzheimer’s Disease found that a daily dose of 240 mg of ginkgo biloba was effective to stabilize or slow the decline in cognition in patients with Alzheimer’s disease, dementia and mild cognitive impairment. A Japanese meta-analysis reached similar results and concluded that a 240-mg daily dose of Ginkgo biloba extract is effective and safe in the treatment of dementia.

And a series of studies have found that ginkgo biloba is just as good as the drug donepezil (Aricept) for the treatment of Alzheimer’s disease and dementia.

In a randomized, placebo controlled, double-blind study Italian researchers divided a group of patients with Alzheimer’s type dementia into three groups. One group received 160 mg per day of ginkgo biloba; another received 5 mg per day of donepezil; and the third group received a placebo. After 24 weeks the researchers concluded that ginkgo biloba was clinically comparable to donepezil for Alzheimer’s dementia. They suggested that doctors could justify using either treatment.

Similarly, a 2009 Austrian meta-analysis of 10 trials concluded that there are no statistically significant or clinically relevant differences between ginkgo biloba and donepezil for treating dementia.

Ginkgo biloba has the added benefit of safety. In a randomized, double-blind exploratory trial of 96 patients with probable Alzheimer’s disease, Bulgarian researchers set up three groups. One received 240 mg per day of ginkgo biloba; another group received five milligrams of donepezil per day for four weeks followed by 10 mg per day; and a third group received both ginkgo and the drug. After 22 weeks improvements in all three groups were similar but the adverse events rates for the ginkgo group and the combination group were significantly lower than the drug group.

A meta-analysis of eight trials found that tinnitus can be successfully treated with ginkgo biloba. Tinnitus is a perception of sound in the absence of noise. It’s often called “ringing in the ears” but can also sound like hissing, clicking or whistling.

In one German study, 60 patients with chronic tinnitus underwent 10 days of in-patient infusion treatment of 200 mg per day of ginkgo biloba. Then they were divided into two groups to receive either a placebo or 80 mg of ginkgo twice a day for 12 weeks. The researchers found that ginkgo was superior to placebo for improving tinnitus symptoms and decreased hearing loss.

And in a French study of 103 tinnitus patients, ginkgo biloba extract improved the condition of all the patients.

Vitiligo is a disorder in which melanocytes, cells that give skin its color, are destroyed. It results in white patches of skin on different parts of the body. Oxidative stress is believed to be part of the cause of vitiligo. Ginkgo biloba has antioxidant properties that may help halt progression and even reverse the condition.

In a double-blind placebo-controlled trial, 47 vitiligo patients were given either a placebo or 40 mg of a ginkgo extract three times daily. The ginkgo group had a statistically significant cessation of active progression of depigmentation. Marked or complete repigmentation was seen in 10 patients in the ginkgo group, compared to only 2 in the placebo group. The researchers concluded that ginkgo biloba is a simple, safe and fairly effective therapy for arresting the progression of vitiligo.

A study of 11 patients found that 60 mg of ginkgo taken twice a day significantly improved vitiligo. The progression of vitiligo stopped in all participants and the average repigmentation of lesions was 15 percent.

Peripheral occlusive arterial disease (POAD) is a blockage or narrowing of an artery in the legs usually due to atherosclerosis. It results in insufficient blood flow to the legs. That blockage can lead to intermittent claudication, or crampy leg pain during exercise, especially walking.

Ginkgo biloba can improve pain-free walking times for patients with intermittent claudication. In a randomized, placebo-controlled double-blind study researchers gave 111 POAD patients either ginkgo biloba extract or placebo. At 8, 16, and 24 weeks the patients were asked to walk on a treadmill at 3 km/hour. The average pain-free walking distance of the ginkgo group was significantly better than the placebo group at each walking test. The researchers concluded that ginkgo caused a significant and therapeutically relevant extension of the patients’ walking distance.

A similar study of 60 POAD patients showed that at 24 weeks those taking ginkgo could walk an additional 41 meters without pain compared to only eight meters for the placebo group. The researchers concluded that the ginkgo extract produces a statistically highly significant and clinically relevant improvement of the walking performance in POAD patients suffering from intermittent claudication.

An Italian study of 24 adolescents found that Ginkgolide B, a constituent of ginkgo biloba, was effective as a preventative treatment in reducing migraine frequency and lowered the need for migraine medications.

Another Italian study of 50 women showed that Ginkgolide B reduces migraine frequency and duration. Patients taking 60 mg of ginkgo biloba twice a day for four months reduced the average number of migraines from 3.7 to 1.2, and reduced length of migraines on average from 40 minutes to 17.6 minutes.

Another study of children diagnosed with attention deficit hyperactivity disorder found that compared to a placebo, adding 80 to 120 mg per day of ginkgo to the children’s medication regimen for six weeks improved attention significantly as rated by parents and teachers. And a German study also confirmed that ginkgo biloba improve ADHD symptoms in children.

A study in the Journal of Stroke and Cerebrovascular Disease found that ginkgo biloba protects against stroke-related neurologic deficits. Researchers conducted a double-blind, placebo-controlled, randomized controlled trial in 102 patients with acute stroke. Half the patients received a placebo and half received ginkgo. After four months 17 patients (58.6%) in the ginkgo group reduced their deficit scores by 50 percent or more, compared to only 5 patients (18.5%) in the placebo group.

Other human studies show that ginkgo biloba may:

15. Reduce the number of attacks in patients with Raynaud’s Disease