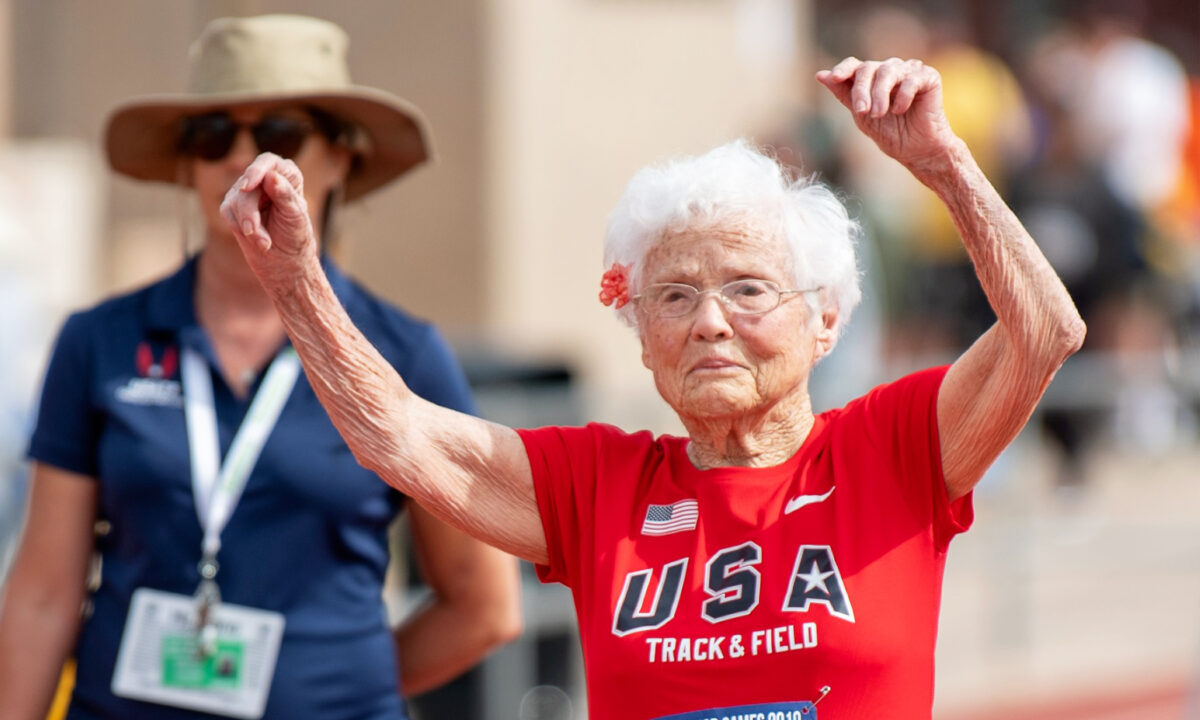 Running the race solo, Julia “Hurricane” Hawkins on Nov. 6 made history at the 2021 Louisiana Senior Games. In one fell swoop, she became the first American over age 105 to finish the 100-meter event while establishing a whole new 105+ age category.

Hawkins, also known as “The Flower Lady” for her gardening skills, stepped up to the mark with her signature flower tucked in her hair. Briskly, she strode forward and stepped to a time of 1:02.95, garnering the new world title and blazing a new path in the sport. She had hoped to finish in under one minute, she said. When an onlooker pointed out that her time of 102 was less than her age of 105 and asked if that made her feel better, she responded, “No.”

This wasn’t the first time the “Hurricane” had blown into new territory. The retired teacher captured the world’s attention at the 2017 National Senior Games (NSG) in Birmingham, setting world records in the 100–104 age category with times of 39.62 and 18.31 in the 100- and 50-meter events, respectively. Two years later, she competed in the 2019 NSG in Albuquerque but did not eclipse her younger performance, but did garner media attention.

In September, Hawkins’s 100-meter record was broken by Ohio’s Diana Friedman at the Michigan State Senior Olympics. Hawkins, seeking higher ground, moved on to new territory in her age category, where few seniors have ever gone before. Just two other centenarians have competed in the 105+ group: Japanese shot-putter Hidekichi Miyazaki and Polish runner and discus hurler Stanisław Kowalski.

Before venturing into track and field, Hawkins starting at age 80 raced in NSG cycling events, winning several gold medals, but eventually hung up her bike, saying, “There wasn’t anyone left my age to compete with!” Turning 100, though, rekindled that competitive fire with new opportunities to blaze a trail—this time on the track, wearing running shoes.

“I love to run, and I love being an inspiration to others,” she told media after her record-setting performance. “I want to keep running as long as I can. My message to others is that you have to stay active if you want to be healthy and happy as you age.”

Hawkins, who races against herself and strives to be an ambassador for healthy, active aging, said she might compete in the 2022 NSG, which will take place during May 10–23 in Greater Fort Lauderdale. “She has time to decide, and we aren’t pressing for an answer,” said Del Moon, NSGA media director, in a press release. “As usual, Julia Hawkins calls her own shots and will wait for the right time to decide if and how her track career will go on.” 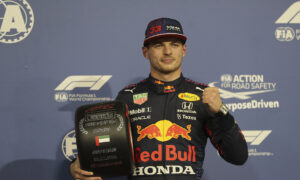 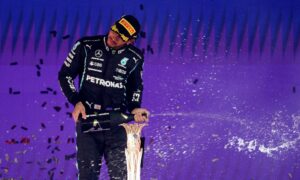 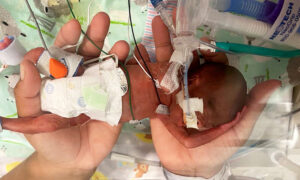 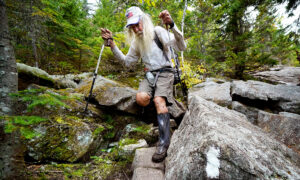