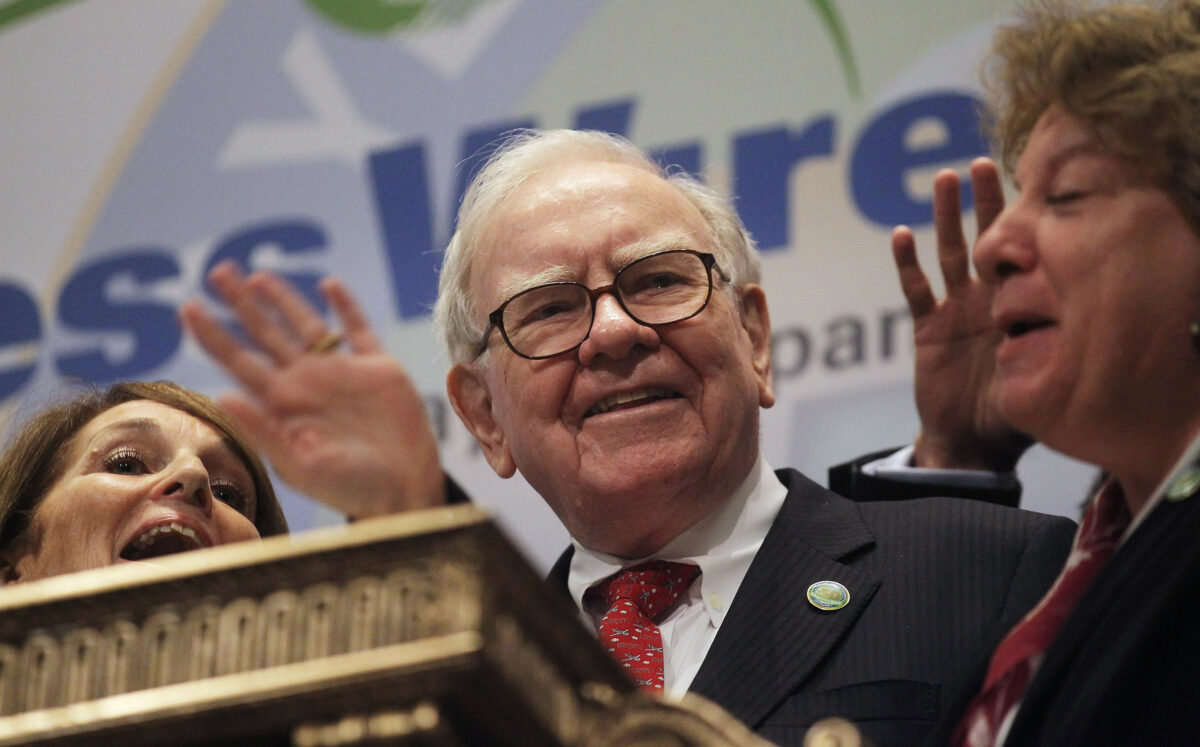 I’m not trying to be callous here. But, if you pay attention to the most successful entrepreneurs, you’ll notice that they are unique. I mean, have you seen Mark Zuckerberg surfing? It’s something else.

There’s a reason for this, though. Entrepreneurs march to the beat of their own drums. And, that makes sense. If they didn’t, they would be working 9-to-5. They also certainly wouldn’t be as successful and wealthy as they are.

But, how exactly are they different, besides their quirks? Well, here are 10 ways that they do things their own way.

The 3Cs model was developed by Japanese organizational theorist Kenichi Ohmae. It’s been used to create a shared value to the company, environment, and community to succeed. But, this is a slight variation of this concept.

2. They Don’t Run Away from Risk

“The world of business venturing is incredibly risky, especially for those seeking high-growth opportunities,” write Sari Pekkala Kerr, William R. Kerr, and Tina Xu in the paper Personality Traits of Entrepreneurs: A Review of Recent Literature. Previous research has found “that over half of startups are no longer operating after six years, and 75 percent of entrepreneurs exit with no equity.”

With that in mind, why are some 400,000 individuals in the United States still opening their own businesses each year? “One prominent explanation is risk tolerance.”

“Discussions of risk and entrepreneurship date back to Knight (1921), who proposes that entrepreneurs are differentiated from others by their astuteness toward perceiving and acting on opportunity despite uncertainty and risk,” the authors note. “Knight further separates risk, where the probability of future states of the world are knowable if beyond one’s control, from uncertainty, where it is hard to even describe exactly what the future states might be.”

“Pure risk can often be priced and diversified away, while Knight identifies entrepreneurs as those who can handle well this business uncertainty,” they add. As Richard Branson has said, “You’ve got to take risks if you’re going to succeed.”

Bill Gates, Elon Musk, Oprah Winfrey, Mark Cuban, and Warren Buffett are all ardent readers. Why? Because it’s one of the best ways to vicariously learn.

“I insist on a lot of time being spent, almost every day, to just sit and think,” Buffett once said. “That is very uncommon in American business. I read and think.”

“So I do more reading and thinking, and make fewer impulse decisions than most people in business,” he continued. “I do it because I like this kind of life.”

But, in reality, wealthy entrepreneurs just devour information—regardless of the medium. For example, when it comes to learning about finances, they subscribe to magazines and newsletters like The Economist, Wall Street Journal, or Morning Brew.

But, that’s not all. They also tune into financial news channels or YouTube. They listen to podcasts and even attend webinars or courses.

4. They Bank on Their Companies

Want to become a millionaire? Then you’re going to have to throw money into the stock market. Usually, this entails investing in stocks, mutual funds, exchange-traded funds (ETFs), and real estate investment trusts (REITs).

“Rather than relying on market returns, however, serial entrepreneurs bank on the companies they’re building to create the wealth they desire,” writes Rebecca Lake for Investopedia.

Does that mean they aren’t investing in the stock market at all? They are. It’s just that they aren’t “relying on it as the sole means of increasing the size of their asset base,” adds Lake. “So how do they do that?”

“Typical entrepreneurs develop a great idea that they use to launch a company, then dedicate their time to growing their venture to the desired level of success,” she states. “Serial entrepreneurs, on the other hand, build up a company and then either hand over the reins to someone else while retaining ownership or sell it for a tidy profit.”

“By doing this over and over, they’re putting themselves in control of their financial destiny rather than subjecting themselves to the whims of the market.”

“Most people are deeply scripted in what I call the Scarcity Mentality,” Stephen Covey wrote in The 7 Habits Of Highly Effective People. “They see life as having only so much, as though there were only one pie out there. And if someone were to get a big piece of the pie, it would mean less for everybody else.”

“The Scarcity Mentality is the zero-sum paradigm of life,” Covey adds. “People with a Scarcity Mentality have a very difficult time sharing recognition and credit, power or profit–even with those who help in the production.” And, it’s difficult for them to be “genuinely happy for the success of other people.”

“Most people, particularly in the corporate world, have been conditioned to have a scarcity mentality,” Caroline Castrillon wrote in Forbes. “It’s no wonder when promotions and raises are scarce, resources are limited, managers hoard information, micromanagement abounds, and generally, short-term thinking is the norm.”

“The Abundance Mentality, on the other hand, flows out of a deep inner sense of personal worth and security,” explains Covey. “It is the paradigm that there is plenty out there and enough to spare for everybody.”

As a result, this shares prestige, recognition, profits, decision-making with everyone. “It opens possibilities, options, alternatives, and creativity.”

Wealthy entrepreneurs have embraced the abundance mindset by thinking big, practicing gratitude, and having an optimistic outlook. They’re also proactive, open to change, and want to share their passion, talents, and wealth with others.

“One of the most difficult parts of running a company today is that you have to be future-oriented,” Max Palmer wrote in a Due article. “Despite any current success that a company might be experiencing, it can change overnight.” I mean, there’s a valid reason why “only 12 percent of companies on the Fortune 500 list in 1955 were still there in 2016. Maintaining a successful and large company over time takes significant and non-stop innovation.”

“Despite how much there is to do each day, setting up for future success is critical,” adds Max. And, he uses Snapchat to illustrate this point.

“With the emergence of new features on Instagram, Snapchat is going to have to innovate to remain successful,” he writes. “They have tried a variety of different things, but many did not come until after Instagram launched stories.”

“If Snapchat had pushed their foot hard on the pedal, even when they were the clear leaders, they might have developed additional features and ideas that could have accelerated their growth.”

It appears, though, that Snapchat learned their lesson and is experiencing a resurgence.

“Snapchat reported gains in users every quarter so far in 2019, and we believe that the relaunched Android app has reinvigorated growth,” said eMarketer principal analyst Debra Aho Williamson. “In addition, features such as the successful baby face and gender swap filters earlier this year have driven increases in user engagement with the app.”

7. They Focus on Quality

I recently decided that I needed a new hoodie. One of my friends suggested the men’s wool hoodie from Allbirds. I like the company and it appears to be comfortable and versatile.

The problem? It’s $175. I could buy several different hoodies for that price.

The thing is, this hoodie will probably last much longer than the cheaper options I could find online. And, that’s a secret that the wealthy have been hiding from you.

“For things that vary greatly in quality, I tend to come down on buying the quality item instead,” personal finance expert Peter Anderson says. “After all, just because something is cheap, doesn’t necessarily mean that it’s frugal. If the cheaper item wears out before it’s time, you’re going to be spending more money to replace it.”

Successful entrepreneurs tend to purchase items that will last so that they don’t have to constantly replace them. But, this also extends to startup culture. If you want to outdo your competitors, then you need to create a quality product or service, as well as a stellar customer experience.

“According to my Rich Habits research, in which I interviewed 177 self-made millionaires over five years, long before they became rich, the self-made rich made an intentional, conscious effort to only forge relationships with individuals they aspired to be: other rich and successful people,” states author Thomas Curley.

“The average person unconsciously chooses their friends, their boss, their spouse, or their significant other,” Corley adds. “They unknowingly seek out individuals who they feel comfortable with, and then they wind up surrounding themselves with those similar people. Their associations all have similar habits, similar mental outlooks, a similar work ethic, and many other shared traits.”

“It’s the birds of a feather flock together maxim,” he says. “And, as I said, for the average individual, it’s all happening unconsciously.”

In particular, you should be spending more time with people who have the following traits;

9. They Realize that Wealth and Health Are Intertwined

I’m always amazed when I look at old pictures of Jeff Bezos. The guy has gotten jacked over the years. Maybe it’s because it will bring him one step closer to becoming a real-life James Bond villain, but it’s a habit most entrepreneurs possess.

Research shows that exercising can:

There are, however, financial reasons too. When you prioritize your health, such as sleep, eating well, and exercising, you’ll have fewer sick days. You’re also preventing serious health concerns that could not only pull you away from your business, but could lead to expensive medical expenses.

“While some people inherit their wealth and others win the lotto, many people who are wealthy made tons of sacrifices to get there,” writes Catey Hill for MarketWatch. At least that’s what was found in a survey of 2,400 wealthy individuals.

What sacrifices did they make? Well, here were the top five:

Entrepreneurs can also toss income, financial security, and time control. The tradeoff may not seem like it’s worth it initially. But, it’s necessary if you want to become fulfilled and prosperous.