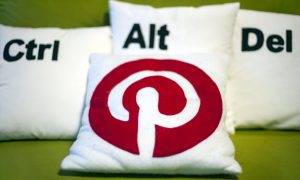 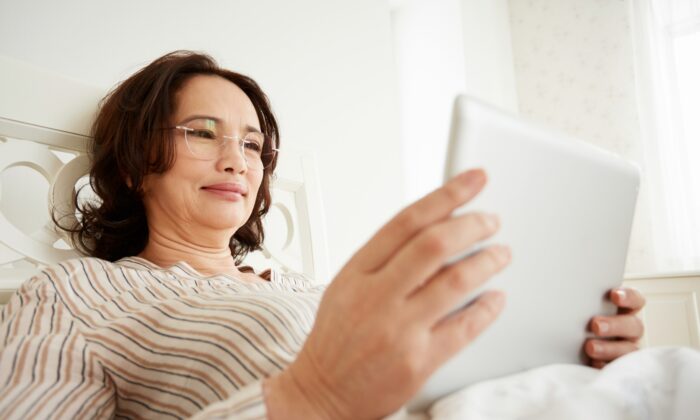 Sheltering the public from ideas, even bad ones, weakens society’s immunity against error
By Dan Sanchez
Print

YouTube has been removing videos of a press briefing in which two doctors criticize the sweeping “shelter-at-home” edicts that governments have imposed throughout the world in response to the COVID-19 outbreak. One of the videos had over 5 million views before it was taken down.

The original videos were posted by an ABC news affiliate in Bakersfield, California. When the affiliate reached out to YouTube about the removal, a company spokesperson issued a statement that offered the following justification:

“We quickly remove flagged content that violate [sic] our Community Guidelines, including content that explicitly disputes the efficacy of local health authority recommended guidance on social distancing that may lead others to act against that guidance. … From the very beginning of the pandemic, we’ve had clear policies against COVID-19 misinformation and are committed to continue providing timely and helpful information at this critical time.”

The claims of the physicians (Dr. Daniel W. Erickson and Dr. Artin Massihi, owners of Accelerated Urgent Care in Bakersfield) have been the subject of furious debate. Many health experts and organizations have denounced their remarks as unscientific and reckless. Even fellow critics of shelter-in-place who agree with much of the rest of their analysis have questioned some of their statistical inferences.

Whatever the veracity of the doctors’ claims, YouTube’s censorship of unorthodox ideas in the name of protecting the public from misinformation is misguided and counterproductive. Sheltering the public from ideas, even bad ones, only makes society more susceptible to dangerous error.

One of the censored doctors’ critiques of shelter-at-home provides an apt metaphor for the folly of censorship. Dr. Erickson said:

“I’d like to go over some basic things about how the immune system functions so people have a good understanding. The immune system is built by exposure to antigens: viruses, bacteria. When you’re a little child crawling on the ground, putting stuff in your mouth, viruses and bacteria come in. You form an antigen antibody complex. You form IgG IgM. This is how your immune system is built. You don’t take a small child, put them in bubble wrap in a room, and say, ‘go have a healthy immune system.’

“This is immunology, microbiology 101. This is the basis of what we’ve known for years. When you take human beings and you say, ‘go into your house, clean all your counters—Lysol them down, you’re gonna kill 99 percent of viruses and bacteria; wear a mask; don’t go outside,’ what does it do to our immune system? Our immune system is used to touching. We share bacteria. Staphylococcus, streptococcal, bacteria, viruses.

“Sheltering in place decreases your immune system. And then as we all come out of shelter in place with a lower immune system and start trading viruses, bacteria—what do you think is going to happen? Disease is going to spike. And then you’ve got diseases spike—amongst a hospital system with furloughed doctors and nurses. This is not the combination we want to set up for a healthy society. It doesn’t make any sense.”

Even assuming all the doctors’ ideas are indeed bad, such a policy doesn’t work, and only makes things worse.

When you encounter a bad idea, what can conceivably happen? You can:

In the case of #1, there is no problem. Next, let’s consider #4, since that is the outcome that censors are most trying to avoid.

What happens when you adopt and implement a bad idea in your life? In the worst-case scenario, it could destroy you. But that is far less common in life than scaremongers would have us believe. More often, we suffer but do not die. And that is a very memorable way to learn that the idea implemented was indeed bad. We learn from experience, from failure, from the “school of hard knocks.” That’s one of the reasons why “what doesn’t kill you makes you stronger,” as the saying goes.

But not everybody needs to suffer to benefit from the lessons of suffering. That brings us to #2: we can investigate the idea. Through investigation, we can discover the accounts (whether first- or second-hand) of experiments with the bad idea and their bad results. Ideally, these would be rigorously scientific experiments whenever possible.

Finally, we have #3, which is adopting the bad idea without implementing it. What would be the point of doing that? Well, it could mean adopting it just enough to advocate it. And arguing for an idea is one of the most efficient ways to investigate it (making #3 really a subset of #2). That is because argument elicits counterargument. And true, effective counterarguments are, by definition, antithetical to bad ideas. Even if the apologist of the bad idea holds fast to his belief, the counterarguments that emerge can arm debate spectators against error.

In all of the above cases, exposure to bad ideas strengthens our defenses against bad ideas. We come away equipped with truths—facts, information, and counterarguments—drawn ultimately from experience, whether our own or that of others. These good counterideas are like antibodies that we develop through exposure to bad ideas. Bad ideas are not just pathogens, but antigens. We thus develop immunity, not only to those specific bad ideas, but to similar ones, because we learn to recognize the basic logical fallacies that they share.

The mind, like our immune system and our muscles, is “antifragile” to use the term coined by Nassim Nicholas Taleb. It grows stronger through exposure to adversity.

The Dangerous Safety of the Bubble

The flipside of that is also true. Just as sheltering from antigens can lead to immunodeficiency, sheltering from bad ideas ultimately makes us more susceptible to them.

When paternalistic censors seal us up in a sterile bubble of ideas for our own “protection,” they deprive us of the chance to develop, through experience, our own ability to identify and grapple with bad ideas. As soon as a bad idea penetrates our bubble, we have no defenses against it. Our lack of experience with the responsibilities of intellectual independence has left us naive, credulous, and gullible.

The more that self-appointed gatekeepers like YouTube and its allied “health authorities” “protect” us from ideas they disapprove of, the more susceptible we will be to falsehood and error (including falsehoods foisted on us by our “protectors” themselves). This vulnerability will in turn be used to justify still more such “protection.” Such is the vicious cycle of sheltering.

Ironically, many secular leftists who support public-health “influence sheltering” probably fully understand the dangers of that practice in another instance.

The classic critique of a sheltered upbringing is that it deprives the child of experience grappling with potentially “bad influences” and so ultimately leaves her more vulnerable to them. The stereotypical example of this is a child raised in an exclusively religious and traditional environment, without exposure to non-traditionalist peers, popular movies and music, and tempting situations. Once this naif inevitably leaves home, perhaps to go off to college or “the big city,” she has no defenses against the wave of “bad influences” that she must then face all at once with little support, and so the wave engulfs her.

The same principle applies generally: sheltering backfires, whether the “bad influences” are cultural or medical.

This is one reason why open discourse is so important and censorship is so debilitating and disrespectful. We need to be allowed the responsibility and practice of identifying and guarding against falsehood to be any good at it.

Protected From the Truth

Now, all of the above takes for granted, for the sake of argument, that the purported “bad ideas” are in fact bad, and that the censors are in possession of good ideas. However, that is often not the case. Heresies often turn out to be right, and orthodoxies often turn out to be wrong: and this includes scientific paradigms that wound up in the ash heap of history. Our “protectors” may be sheltering us from the truth and forcing falsehood upon us. Wrong orthodoxies are far more dangerous than wrong heresies, simply as a matter of the scale of the error’s impact.

That is yet another reason why open discourse is so vital. For the sake of human welfare, orthodox falsehoods need to be overthrown, and heretical truths need to spread.

The remarks of the Bakersfield doctors are probably a mix of good ideas and bad, truths and falsehoods. Taking down the video does us a disservice regarding both sides of the coin.

To the extent that they are wrong, their errors should be aired out and refuted. Any mistake the doctors made will probably be made again, since the human mind tends to fall prey to the same basic fallacies. By developing and disseminating counterarguments (mental antibodies) to them, we develop our immunity to these and similar errors.

By taking down the videos, YouTube has limited the extent to which that social learning can happen and insulated the error from debunking. If anything, YouTube’s censorship has lent additional credence to whatever mistakes they made by feeding into the narrative that the powers-that-be fear its truth. The debunking is being drowned out by outrage over the censorship. And the Streisand Effect (how censorship can boost something’s publicity) is causing it to spread even more.

Moreover, even if the physicians are wrong in some ways (like in their statistical claims), they may be right in other important ways.

Dan Sanchez is the director of content at the Foundation for Economic Education (FEE) and the editor of FEE.org, which first published this article.