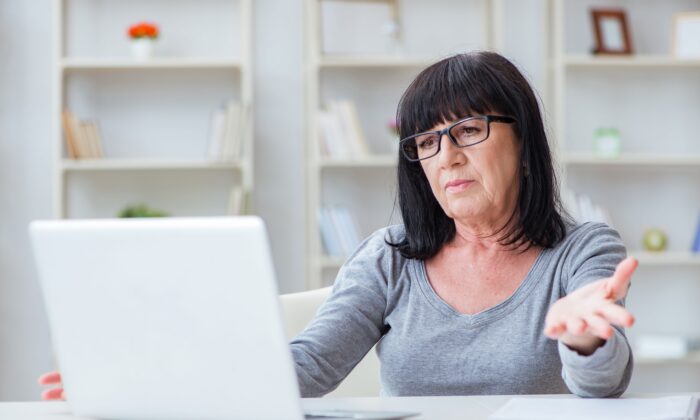 YouTubers will be silenced if they don’t agree with the United Nations on public health. As The Verdict reported:

Wojcicki announced the policy on CNN on April 22. WHO is an agency of the U.N., charged with overseeing global public health. The Verdict report continued:

Wojcicki said that the Google-owned video streaming platform would be “removing information that is problematic.”

She told host Brian Stelter that this would include “anything that is medically unsubstantiated.”

“So people saying, ‘Take vitamin C; take turmeric, we’ll cure you,’ those are the examples of things that would be a violation of our policy,” she said.

“Anything that would go against World Health Organization recommendations would be a violation of our policy.”

While the decision has been welcomed by many, some have accused the streaming giant of censorship.

To be clear, for U.S. YouTubers, this kind of censorship isn’t a violation of their constitutional right of free speech. The First Amendment protects citizens against government censorship, and YouTube is a private platform. Were the U.S. government to force the private owners of YouTube to continue broadcasting certain videos against their will, that would be much more a violation of the First Amendment.

While YouTube’s decision is not unconstitutional, it is unwise, exhibiting far too much deference to central authority in general and to WHO especially.

WHO’s Track Record on the Issue

The World Health Organization is far from infallible. Its handling of information throughout the coronavirus emergency has been a long string of failures. As policy analyst Ross Marchand recently recounted on FEE, WHO failed to raise the alarm as the coronavirus rapidly spread through China during the crucial early period of the global crisis in January. Then, as Marchand wrote:

The global bureaucracy uncritically reported that Chinese authorities had seen “no clear evidence of human-to-human transmission of the novel coronavirus” on Jan. 14, just one day after acknowledging the first case outside of China (in Thailand).

WHO Director-General Dr. Tedros Adhanom Ghebreyesus praised Chinese leader Xi Jinping for his “political commitment” and “political leadership” despite these repeated, reprehensible attempts to keep the world in the dark about the coronavirus.

President Donald Trump recently announced that the United States would cease its funding of WHO over its many coronavirus-related failures.

And it isn’t just U.S. conservatives who have been critical. As FEE’s Jon Miltimore wrote in March:

Our World in Data, an online publication based at the University of Oxford, announced that it had stopped relying on World Health Organization (WHO) data for its models, citing errors and other factors.

This raises an interesting question: Would YouTube censor Oxford if it posted a video on the coronavirus issue with recommendations based on data that contradicts WHO’s?

As Miltimore wrote, “Recent reports suggest US intelligence agencies relied heavily on WHO in its national assessment of the COVID-19 threat.”

This is gravely concerning because bad information leads to bad policies. This is true not only for government policy (like mayors, governors, and heads of state deciding to largely shut down the economy in their jurisdiction), but for the policies of private decision-makers like doctors, business owners, and individuals making decisions about the health and overall lives of themselves and their families.

Indeed, WHO’s misinformation early in the crisis squandered the most precious part of the world’s prep time, which likely crippled the public’s responses and may have cost many lives.

YouTube risks compounding that tragedy by now insisting that the public’s response to the coronavirus emergency conforms even more strictly with WHO’s dubious pronouncements. Wojcicki wants to protect WHO’s recommendations from contradiction. But WHO’s recommendations are necessarily informed by WHO’s information, which has proven to be extremely suspect. Sheltering untrustworthy pronouncements risks amplifying their dangerous influence.

Why Censorship Is Counterproductive

So, it is ironic that YouTube justifies this policy in the name of protecting the public from dangerous misinformation.

It is true that many videos contradicting official pronouncements are themselves full of medical quackery and other misleading falsehoods. But, censorship is the worst way to combat them.

For one, censorship can actually boost the perceived credibility of an untruth. Believers interpret it as validation: evidence that they are onto a truth that is feared by the powers-that-be. And they use that interpretation as a powerful selling point in their underground evangelism.

Censorship also insulates falsehoods from debunking, allowing them to circulate largely uncriticized in the dark corners of public discourse.

This makes censorship especially counterproductive because it is open-air debunking that is one of the most effective ways to counter misinformation and bad ideas. As Justice Louis Brandeis expressed in a U.S. Supreme Court opinion, the ideal remedy for bad speech, “is more speech, not enforced silence.”

Again, YouTube has a right to set the terms of service of its own website. But the general principle applies here as well: The truth has a much better fighting chance with a proliferation of competing voices than with inquisitorial efforts to circumscribe discourse within a narrow orthodoxy.

Moreover, WHO’s track record of misinformation isn’t exceptional among government organizations in its degree of error or in its disastrous impact. Governments and the experts they employ get things wrong and are frequently proven to be fundamentally wrong-headed on big questions.

Bad information leads to bad advice that leads to bad choices. The more we centralize decision-making and the management of actionable information, the wider the scope of the damage caused by any single error. But if we let a thousand errors bloom along with a thousand truths, any single error will be circumscribed in its damage and more likely to be corrected through experience and counter-argument.

Champions of policies like YouTube’s like to cast the issue in simplistic terms: as a black-and-white battle between respectable experts and wild-eyed crackpots. But the issue is more complex than that.

It is just as often a matter of overweening technocrats making pronouncements on matters that are way beyond them in complexity, that involve factors that fall way outside their domain of expertise, and that drastically impact the lives of millions or even billions. For example, a few dozen epidemiologists, with limited understanding of economics and a great many other relevant disciplines, holding sway over whole economies.

It is also a matter of dissenting experts being silenced along with the actual crackpots.

And, perhaps most fundamentally, it is a matter of weakening the individual’s ability to discern between truth and falsehood, good advice and bad, by denying them the responsibility and practice of doing so in the first place—of turning self-reliant, free men and women into irresponsible wards to be led by the nose like dumb, deferential livestock by their “expert” caretakers.

That isn’t where we are, but that is the direction that the rigid enforcement of centralized orthodoxies tends toward.

Let’s choose a different direction. YouTube, do better. Trust your users more. Treat them like human beings with all the capacities for learning, growth, discourse, and cooperation that are the distinctive glories of being human.

After all, that is what made you great in the first place. Your very name is derived from your original faith in the individual. YouTube (a crowd-sourced, individual-driven, pluralistic platform) is what made the boob tube (centralized, institutionalized, and homogenizing broadcast television) largely obsolete. As such, you had a starring role in the internet’s democratization of information and learning.

Don’t betray that legacy. Not now. Not when we need open platforms for the free flow of information and discourse more than ever.

Dan Sanchez is the director of content at the Foundation for Economic Education (FEE) and the editor-in-chief of FEE.org, which first published this article.