Young Man From Mainland China: Shen Yun Pulls Me out of All the Chaos in My Life 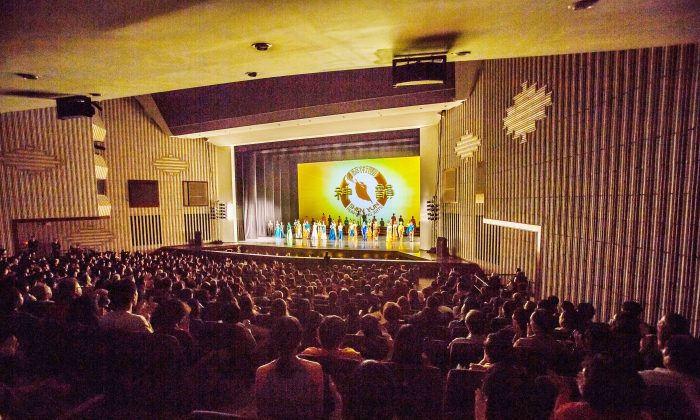 KAOHSIUNG, Taiwan—Two young men from China came to Shen Yun’s first show in Kaohsiung in the evening of March 22. The first thing they had to say about the show was “This is the quintessence of the traditional Chinese culture with mind-blowing dances and ultimately ear-pleasing music.”

Shen Yun has not been able to perform in China because some of its programs are inspired by Falun Gong, a spiritual practice currently persecuted in China. Yearning to see the performance, many Chinese people take the opportunity of traveling or studying abroad and come to Taiwan to fulfill their wish.

As people face the real Chinese history and rediscover the virtues in the traditions, they will reflect on their past behaviors and attempt to change accordingly. This will bring the nation to a new era.
— Mr. Chen

Chen had a life-changing experience during the show. “The live show is like a ladder or rope that pulls me out of all the chaos in real life. Every fiber of my being was relaxed. The pressure I had or the anger from the conflicts between me and coworkers became non-existent after I enjoyed myself with Shen Yun’s music,” said Chen.

Chen was particularly impressed with the tumbling and flips of Chinese classical dance. “I would have never imagined that [the dance] could be so powerful and breathtaking. The dance connects all the stories together and tells us the core values of Chinese tradition,” Chen said.

The mission of New York-based Shen Yun is to revive the authentic, divinely inspired traditional Chinese culture through music and dance. In the past ten years the company has brought ancient Chinese civilization to over 100 countries.

When asked what impact the show might have if allowed to perform in China, Chen’s answer was positive. “It would have everyone reexamine the history we were once taught under the reign of the Chinese Communist Party: the untruthful version of the history. As people face the real Chinese history and rediscover the virtues in the traditions, they will reflect on their past behaviors and attempt to change accordingly. This will bring the nation to a new era,” Chen hoped.

Chen’s friend admired the performance from a different angle. “It’s not just a form of art but has profound meaning. The subtle charm that naturally radiates from within the artists separates Shen Yun from the all other the art performances,” he said.

He continued to stress this point, “The demeanor of the artists and the energy they gave out connected me with them and certainly moved me.”