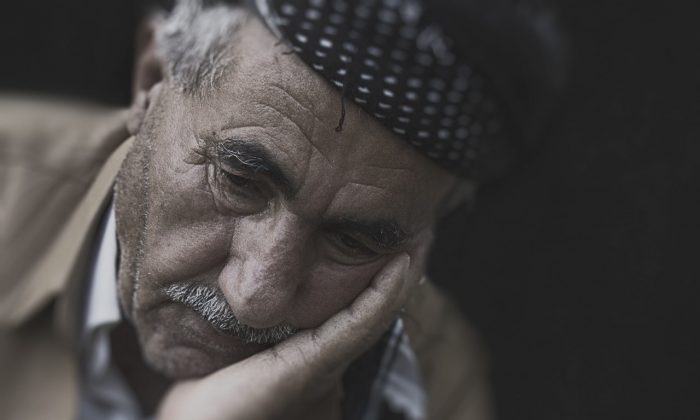 Losing a spouse does more than wound the heart, it can bring the body to an early death. (Omar Alnahi/Pexels)
Health News

You Really Can Die From a Broken Heart

They compared people who showed symptoms of elevated grief—such as pining for the deceased, difficulty moving on, a sense that life is meaningless, and an inability to accept the reality of the loss—to people who did not exhibit those behaviors.

“Previous research has shown that inflammation contributes to almost every disease in older adulthood,” said Chris Fagundes, an assistant professor of psychological sciences at Rice University and lead author of the paper, which appears in Psychoneuroendocrinology.

“We also know that depression is linked to higher levels of inflammation, and those who lose a spouse are at considerably higher risk of major depression, heart attack, stroke, and premature mortality. However, this is the first study to confirm that grief—regardless of people’s levels of depressive symptoms—can promote inflammation, which in turn can cause negative health outcomes.”

The finding is an important revelation in the study of how human behaviors and activities impact inflammation levels in the body, Fagundes said, and it adds to a growing body of work about how bereavement can affect health.

His initial work showed why those who have been widowed are at higher risk of cardiovascular problems, bodily symptoms, and premature mortality by comparing inflammation in individuals mourning their spouse to matched controls.

“This work shows who, among those who are bereaved, are at highest risk,” Fagundes said. “Now that we know these two key findings, we can design interventions to target this risk factor in those who are most at risk through behavioral or pharmacological approaches.”