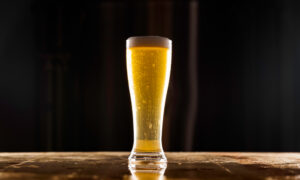 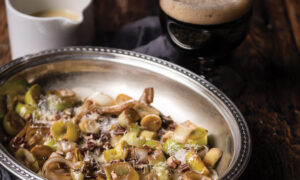 Have Your Beer and Cook With It, Too
0 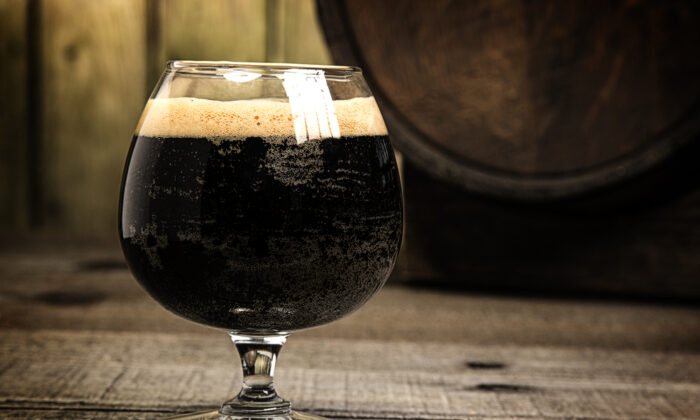 Yes, You Can Age Your Beer—Sometimes

A beginner's guide to cellaring beer, including when you shouldn't
By Kevin Revolinski
Print

That’s probably not a phrase that’s going to catch on any time soon, but like wine, beer can benefit from some time in the cellar.

You don’t need to be a serious beer nerd to give this a try, and if you have the patience, it will be worth it.

When Fresh Is Best

First of all, what not to keep too long in the fridge: Any hop-forward beer.

Hops diminish over time, and pretty quickly in some cases. India Pale Ales, for example, should be drunk fresh, and won’t be the same a few weeks later. Never judge a brewery by an IPA you discovered in the back of your fridge from last summer. It’s been ruined by time.

Improper refrigeration or packaging can also hasten the beer’s demise. I’m not saying you need a cooler to get your six-pack from the store to your fridge, running red lights with your hazard lights on, but when you see pyramids of cases on the floor at room temperature in the store, think twice about how well those hops are doing.

My local brewers have invited me to sit in on quality-control tastings a few times. The purpose was to examine shelf life. We sampled fresh draft pours and then compared that same brew in cans and bottles that were several weeks old, stored without refrigeration, or both.

The difference between fresh beer and a four-week-old bottle stored at room temperature was shocking. In some cases, the beer had degraded to unacceptable “tastes like cardboard” levels. It wasn’t that the brewery had made bad beer; it was just nature and improper storage taking their toll. Pay attention to those “best by” dates.

Some beers, however, either improve with age or change in a way that is interesting and worth waiting for.

Back when I wrote Minnesota’s Best Beer Guide, I received a 750-milliliter bottle of a limited-release Belgian-inspired beer directly from a brewer, and he explicitly cautioned me: “Do not drink this now. Give it at least a year.” I gave it two.

I took it to dinner with friends, and before we opened it, I looked at some old online reviews, which can be about as ill-advised as “reading the comments.” This was a top-notch brewer, and yet I came across a few grumbles from unimpressed drinkers.

Then we opened the beer and it was amazing. The entire table praised it, with friends gushing that it was the best beer they had ever had.

I went back and looked at the dates of those online reviews, and sure enough, some reviewers had ignored the brewery’s instructions to age the beer, and were drinking it before it had a chance to develop. That lesson has stuck with me ever since.

Generally speaking, the bigger the beer, the better. North of 8 percent ABV, imperial stouts often do well in the cellar, especially the barrel-aged variety. Higher alcohol content and sweetness make these brews amenable to resting; the booziness mellows and subtle flavors emerge. (Double IPAs, on the other hand, are also big but have those short-lived hop flavors.)

Barley wine, a beer with a wine-like strength, is a cellar favorite. The big, malty profile grows more and more complex, and even a storage period of four or five years is recommended.

Though often lower in alcohol, sour beers also can develop complexity over time. A year later, it can be a completely different beer. In fact, beers such as Belgian lambics are already aged in barrels with wild yeast and bacteria before they’re even bottled and sold. Fruited sours can also be aged, but you may find that the fruit fades and the funky notes take over.

Bottle-conditioned beers also age well. Bottle conditioning is a secondary fermentation in the bottle. The yeast remains active after the cap or cork is in place, and as it continues to eat sugars, the flavor profile changes, becoming richer and stronger.

All beer should avoid the sun. UV rays are merciless to the brew, and a few brewers I know are driven to cursing when you mention clear or green beer bottles, which offer no protection. (Thus the popularity of the brown or very dark bottle, and of the completely opaque aluminum can.) So when keeping beer for a long time, best put it in a dark place.

While I said not to worry about the drive home from the bottle shop, if you repeatedly warm up and cool the beer, that’s no good either. Those temperature changes may lead to unpleasant flavors created by oxidation.

Keep the beer in a consistently cool place, even a dedicated beer cooler. Similar to wine, beer should be stored at around 55 degrees F. A basement or root cellar below 60 degrees F may suffice. Your fridge probably runs below 45 degrees F, just outside of the recommended 45- to 60-degree range. Be aware that a fridge could also dry out a cork—often seen in some Belgian-style beers—thus allowing air in to ruin the beer.

Never freeze it, of course, but also be aware that the lower the temperature, the slower the aging process, while high temperatures could even lead a bottle-conditioned beer to explode. Stand the bottles upright, not like wine.

Some brewers age batches of their own beer and then bottle them for special occasions, particularly brewery anniversaries. These brews are sold ready for drinking, but can still be cellared some more. For a true beer geek, it’s a thrill to set up a vertical tasting and see how one batch compares to another, or how much difference an extra year has put on it.

But for now, stock your cellar and just sit back and wait for a special day.