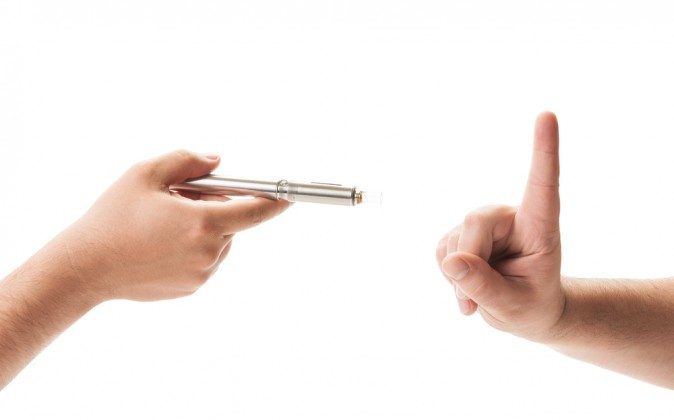 World Health Organization Puts Another Nail in the E-Cigarette Coffin

It looks like the World Health Organization isn’t buying that electronic cigarettes help people quit smoking and that the vapor the devices emit is harmless. A new report on electronic nicotine delivery systems by the health arm of the United Nations recommends banning the use of the devices in public and a global crackdown on their promotion as a healthier alternative to traditional cancer sticks.

The report’s authors start out by acknowledging that e-cigs “are the subject of a public health dispute among bona fide tobacco-control advocates that has become more divisive as their use has increased.”

Hundreds of cities in the U.S. and three states, North Dakota, New Jersey, and Utah already prohibit e-cigarette use in 100 percent smoke-free venues.

This article was originally published on www.takepart.com, August 26, 2014. Read the complete article here.

*Image of “no to e cigarette” via Shutterstock