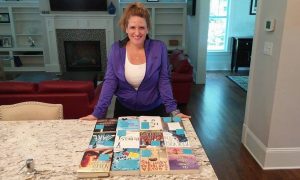 A Writer Finds Her Calling After Horrific Abuse
0 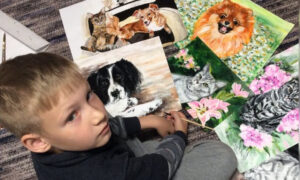 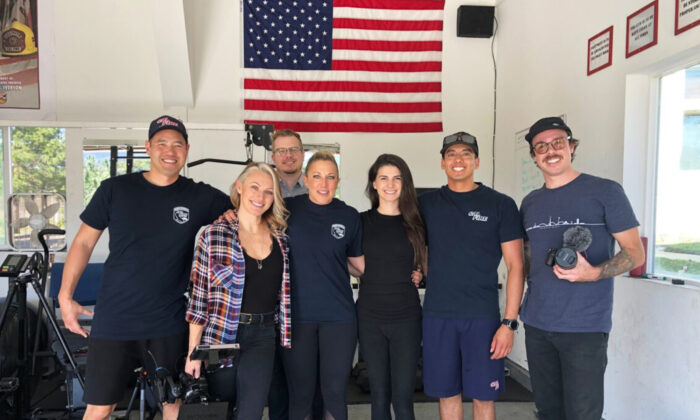 Ashley Iverson lost her husband, Cory, a fire apparatus engineer for Cal Fire, as he battled the Thomas Fires in Ventura County, California, in 2017. In the wake of her young family’s incomprehensible loss, Ashley founded the Iverson Foundation for Active Awareness in an effort to offer mental health support to the first responders who endure so much for our collective safety.

In an interview with The Epoch Times, Ashley, a mother of two, shared her story and the birth of the foundation that keeps her husband’s legacy alive.

“It was a love that I never imagined possible,” Ashley began, explaining that Cory was already a wildland firefighter when the couple met. He had been motivated to join the California Department of Forestry and Fire Protection by his uncle Stephen, a retired Cal Fire veteran.

Ashley and Cory met by chance at a San Diego bar on Ashley’s 26th birthday, Sept. 8, 2012. They married 18 months later. “We enabled and encouraged one another to be exactly who we were,” Ashley said, “and we were perfectly imperfect for one another.”

The World at a Standstill

The newlyweds settled in San Diego together, welcoming their first daughter, Evie, as Cory continued to serve with Cal Fire. Then, 20 days before Christmas 2017, everything changed.

Ashley was pregnant with their second daughter, Taylor, when Cory was called to fight the Thomas Fire in Ventura County, the largest California wildfire since the 1930s.

The couple stayed in contact throughout Cory’s deployment, but on Dec. 14, 2017, a call came in that would change the course of Ashley’s life forever. Cory had lost his life while battling the Thomas Fire flames.

“It was like the world was at a standstill,” Ashley recalled. Cory’s tragic death hit headlines, and Ashley’s family was thrown into the spotlight. The expectant mother decided in an instant that she had a choice: to shy away or to take advantage of the visibility.

Ashley made her choice, “I just decided to show up.”

Upon learning that there had been no other fatalities, Ashley remembered feeling genuine gratitude. “Right after Cory was killed, all I could think about were his colleagues,” Ashley explained. “This opportunity needed to be taken advantage of.”

“[Cory] gave me a platform to be heard,” she further added.

The Beginning of a Campaign for Change

Just a day after Cory’s passing, Ashley was already channeling her grief into a campaign for change. In the wake of Cory’s passing, she decided that the industry as a whole needed to radically readdress its approach to mental health.

“The reason I went down the route of mental health,” Ashley explained, “[is that] a month before Cory was killed, one of his colleagues, [Ryan] took his own life. Cory was directly affected […] Ryan’s suicide kind of brought an awareness to both of us.”

The result of Ashley’s impulse to honor her husband and support his comrades was the inauguration of a foundation in the family name, the Iverson Foundation for Active Awareness (IFAA). “I was not your typical grieving widow,” Ashley said. “It was time to go to work; [Cory] gave me his wings and told me to fly.”

Having struggled with anxiety and depression throughout her own life and having seen the devastating emotional impact of loss upon Cory and his colleagues, Ashley put mental health and mindfulness at the core of the foundation’s mission.

“I have first-hand proof that [first responders] are not invisible to physical or mental threats,” she explained. “They’ve been conditioned that they are super-human.”

The foundation’s aim, said Ashley, is to “help put the ‘human’ back into our heroes.”

Studies have shown that first responders are vulnerable to alarmingly high rates of suicide, divorce, and substance abuse compared to the general population. As such, the Iverson Foundation’s mission is threefold: to increase awareness of mental health struggles both within and outside the industry, to reduce the stigma attached to emotional expression, and to encourage first responders to practice mindfulness.

The foundation has gone from strength to strength.

As of 2020, IFAA is working with a music therapy organization called Resounding Joy and has already completed two successful six-week-long pilot programs in two separate fire stations in 2019. A third, digital program is in the pipeline, as well as a series of guided mindfulness exercises that Ashley hopes will reach even more people.

IFAA also offers a yoga-in-the-workplace program and has launched an advertising campaign in the hope of further increasing awareness. Everything thus far is on a voluntary basis, said Ashley, “because mindfulness needs to be a choice, and we are just providing the choice.”

“A big part of the foundation is to be proactive rather than reactive,” she continued. “Before this time, everything was reactive […] A person had to get to the point of needing help and then reach out for it, and I know first-hand that that’s sometimes the straw that breaks the camel’s back.”

Ashley recognizes how hard it can be for first responders to ask for help. However, as of 2020, she reports that there are already so many people on board that it’s “deafening the nay-sayers.”

Speaking to The Epoch Times, Ashley explained that one of her biggest struggles in life had always been wanting to do more to help others.

“As bizarre and potentially horrible as this sounds,” Ashley reflected, “I wouldn’t trade it, because I wouldn’t be in this position. The things that I’ve experienced since he left have been mind-blowing. It’s been the biggest gift of my life.”

Today, Cory’s legacy lives on in the incredible work of Ashley’s foundation, and through the lives of his and Ashley’s two growing daughters, Evie and Taylor.

“I was very fortunate to share a love with him that many people search for their entire lives,” Ashley said. “He lived for his girls. We will be eternally blessed by the love he continues to provide us with.”