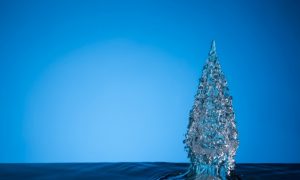 How Do You Know If You're Drinking Enough Water?
0 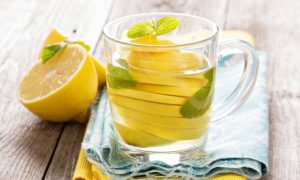 Why You Should Drink More Water In Winter

How Much Water Do You Need?

Do you believe that a person needs to drink eight glasses of water every day? If you do, you will spend a lot of time running to the bathroom.

Why do so many people believe this rule? The number originally came from the National Academy of Sciences of the United States Food and Nutrition Board, which publishes recommended daily allowances of nutrients. The 1945 edition of the Food and Nutrition Board recommended: “A suitable allowance of water for adults is 2.5 liters (about 8 cups) daily in most instances.” This amount is based on the calculation of one milliliter of water for each calorie of food. HOWEVER, the Board also noted that most of the water you need is in the food you eat.

All foods contain water. Even the driest nut or seed has a lot of water in it. Furthermore, when food is digested, it is converted to energy, carbon dioxide and WATER. Most people can get the fluid the body needs from food, and they only need to drink enough water to prevent constipation.

When you eat, the pyloric valve at the end of your stomach closes to keep food in the stomach. Then the stomach takes fluid that you drink and food that you eat and turns the solid food into liquid. If you don’t drink enough fluid, your stomach takes fluid from your blood and adds it to the food in the stomach to create the soup. The pyloric valve will not let food pass to the intestines until this liquid soup is formed. Then the liquid soup passes to the intestines and remains a soup until it reaches your colon. Only then is the fluid absorbed to turn the soup into solid waste in the colon. If you do not have enough fluid in your body, your body extracts extra fluid from your stool and turns your stool into hard rocks, causing constipation.

A study in the Journal of the American College of Nutrition shows that plain water is not needed as long as enough fluid is obtained from other drinks and food. Twenty-seven healthy men consumed one of two diets for three-day periods and were studied in a lab setting. The first diet included plain water while the second omitted it, relying on only foods, orange juice, diet soda, and coffee for fluid. None of the nine measures of hydration were affected.

Water The Element of Power and Patience

A reasonable amount for a healthy human is one cup of water or any other fluid with each meal. If you have a problem with constipation you may not be drinking enough water, but if you are not constipated, you are getting plenty. You’ll also want to replace fluids whenever you sweat a lot, particularly when you exercise or in hot weather. Drink water whenever you feel thirsty, but there’s no health benefit from forcing yourself to drink eight glasses of water a day. Drinking too much water can be dangerous; see Hyponatremia. This is of particular concern if you are exercising in hot weather and fail to replace the salt you lose in sweat.

*Image of “icicles” via Shutterstock