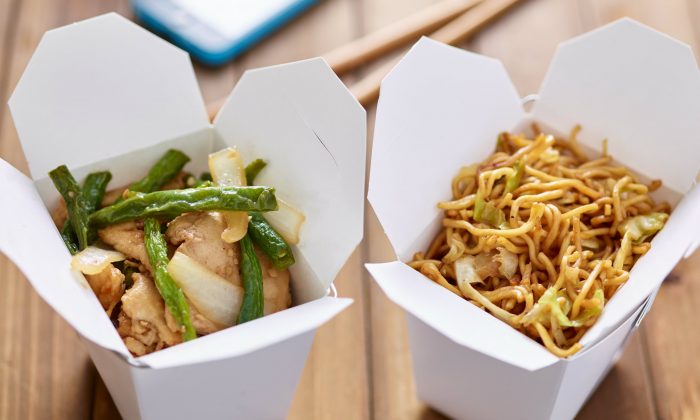 Why You Might Want to Order Lunch an Hour Early

Ordering lunch at least an hour before your eat could help you cut calories and avoid unhealthy impulse choices.

“Our results show that ordering meals when you’re already hungry and ready to eat leads to an overall increase in the number of calories ordered, and suggest that by ordering meals in advance, the likelihood of making indulgent purchases is drastically reduced,” says lead author Eric M. Van Epps, a postdoctoral researcher at the University of Pennsylvania’s Perelman School of Medicine. Van Epps worked on the research while pursuing his PhD in behavioral decision research at Carnegie Mellon University

“The implication is that restaurants and other food providers can generate health benefits for their customers by offering the opportunity to place advance orders,” Van Epps adds.

Van Epps and Carnegie Mellon’s Julie Downs and George Loewenstein conducted two field studies examining online lunch orders of 690 employees using an onsite corporate cafeteria, and a third study with 195 university students selecting among catered lunch options. Across all three studies, the researchers noted that meals with higher calorie content were ordered and consumed when there were shorter (or no) waiting periods between ordering and eating.

The first study was a secondary data analysis of over 1,000 orders that could be placed any time after 7 am to be picked up between 11 am and 2 pm. The second study randomly assigned participants to place orders before 10 am or after 11 am. The third study randomly assigned university students to order lunch before or after class, with lunches provided immediately after class.

In the first study, they found that for every hour of delay between when the order was placed and the food was ready (average delay of 105 minutes), there was a decrease of approximately 38 calories in the items ordered.

As a meal gets closer we see that people seem to give in a lot more to the temptation of high-calorie foods.

The third study showed that students who placed orders in advance ordered significantly fewer calories (an average of 890 calories) compared to those who ordered at lunchtime (an average of 999 calories).

In all three studies, lower caloric totals were generally not confined to any specific population subsets. Failure to eat breakfast did not emerge as a factor in the observed effect of time delay on total lunch calories, nor were there any observed differences in meal satisfaction between meals ordered in advance and those ordered for immediate consumption.

“These findings provide one more piece of evidence that decisions made in the heat of the moment are not as far-sighted as those made in advance,” says Loewenstein, professor of economics and psychology at Carnegie Mellon and senior author of the study. “For example, people who plan to practice safe sex often fail to do so when caught up in the act, and people who, in dispassionate moments, recognize the stupidity of road rage nevertheless regularly succumb to it. Unfortunately, pre-commitment strategies are more feasible when it comes to diet than to many other ‘hot’ behaviors.”

Based on findings from other studies, Van Epps says there is a potential concern that people who cut calories in one meal might “make up” for the calorie reductions later, whether at dinner or via snacking, though there is little evidence that participants in these studies were aware that lunches ordered in advance had fewer calories.

The authors suggest future research in the form of longitudinal studies that measure eating decisions over a longer period of time would be useful in addressing this issue. In addition, because the two employee workplace studies provided discounted food and the university-based study provided free food, future research examining analogous situations where participants pay full price for their meals would be beneficial.

Downs, associate professor of social and decision sciences, adds, “One nice thing about these studies is that we were able to separate timing from other things that happen when mealtime gets closer, like seeing or smelling the food. So we know that the effects are due to how imminent the meal is, and as a meal gets closer we see that people seem to give in a lot more to the temptation of high-calorie foods. But making a decision in advance can help people choose something that might be a bit more healthful.”

Funding for the study came from Loewenstein’s personal research funds.

6 Reasons Why a Calorie Is Not a Calorie

This article was previously published by Carnegie Mellon University.  Republished via Futurity.org under Creative Commons License 4.0.