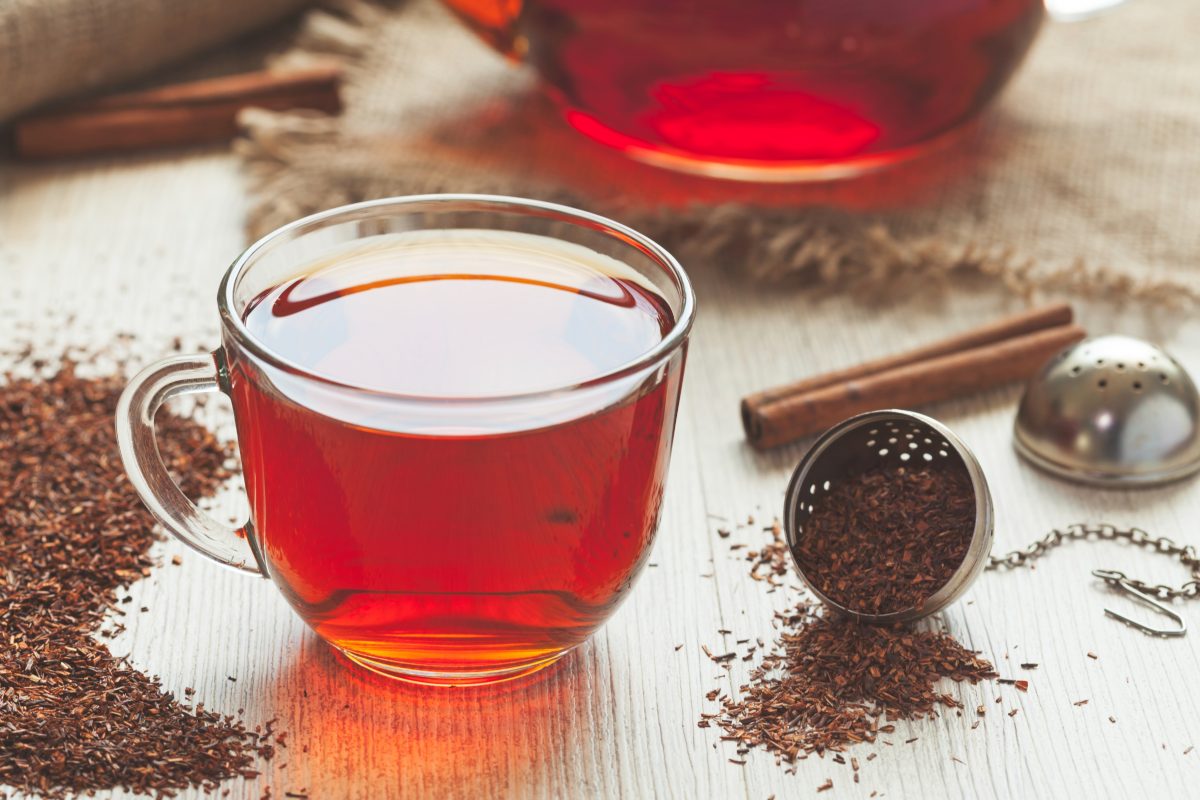 Rooibos is a native South African plant that's not really a tea but in the legume family. (GreenArtPhotography/iStock)
Health

Why I Love Rooibos Tea

Rooibos tea—pronounced roy-boss—is indigenous to my native South Africa where it has been used by the African Bushman for hundreds of years.

Rooibos means red bush, and it actually is not really a tea plant but is instead part of the legume family, and the bush is not even red—it’s green. The red color only appears after oxidation during the tea-making process.

Growing up in South Africa, we always knew about Rooibos tea and that it was regarded as a healthy tea to drink, but it was not until fairly recently that it started to become more popular, and its health benefits became more widely known.

Naturally caffeine-free, rooibos is loaded with antioxidants which help protect from free radicals—those toxic by-products of normal cell function, which can contribute to aging and weaken the immune system.

Rooibos contains many minerals, such as copper, iron, magnesium, calcium, zinc, and potassium, making it very beneficial for healthy bones and strong teeth.

It is also useful in helping with some digestive disorders such as nausea, constipation, and heartburn. Kidney-stone sufferers can drink this without fear since rooibos tea does not contain oxalic acid, which can cause kidney stones.

Pregnant and nursing mothers can also use rooibos to soothe babies who have colic and infants with stomach cramps, as studies have shown that the tea has anti-spasmodic properties.

Rooibos can also be applied topically to the skin to help relieve itchy, dry skin like eczema, sunburns, and diaper rash. In fact, on a recent visit back to South Africa, I noticed that more and more skin-care products feature rooibos as one of their ingredients. Alpha hydroxy acid and zinc both found in rooibos, are great for promoting healthy, smooth skin.

Rooibos tea is usually drunk without milk and now comes in a variety of flavors. It has a a slightly sweet taste though some tea drinkers do add a touch of honey. It can be made as both hot tea and a delicious iced tea. My current favorite is Good Hope Vanilla Red Tea by Republic of Teas. It’s time to put the kettle on.

Janice Lipman works with her husband, Dr. Frank Lipman, at the Eleven Eleven Wellness Center in New York City, which he founded and directs. This article was originally published on DrFrankLipman.com