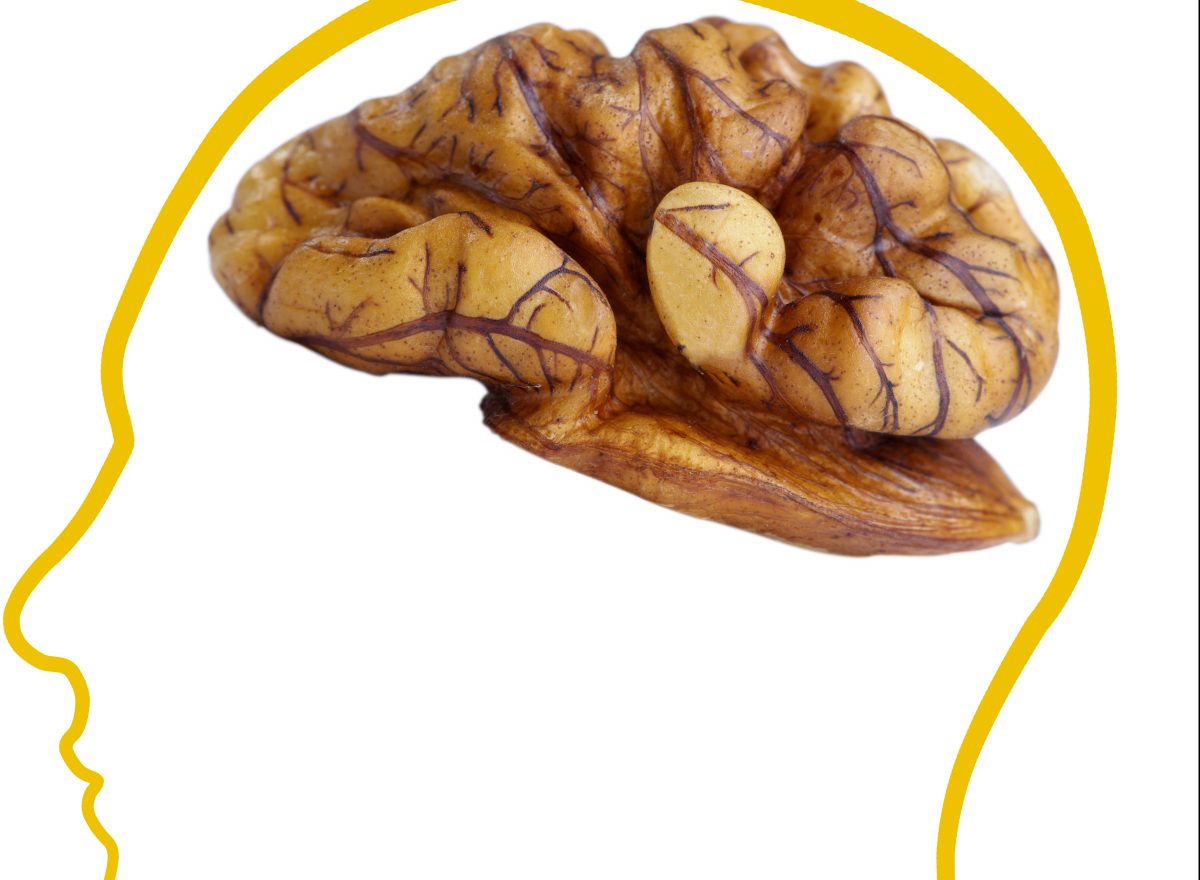 Is the walnut's cerebral shape a helpful hint from nature that it contains high amounts of the very fatty acids our brain requires? (Shutterstock)
Health

Why Walnut Resembles the Brain It Nourishes

Remarkable similarities between plants and their healing effects are more than coincidence
BY Sayer Ji TIMEJuly 15, 2019 PRINT

Nothing could be more beautiful or poetic than when a healing food actually looks like the organ system it nourishes and heals in the body.

While commonly viewed as mere coincidence or an act of extraordinary randomness, it is difficult for me to acknowledge the exquisite design of the walnut, whose eerily skull-like shell encompasses the fatty-acid rich, bihemispheric “brain” of the nut, without opening myself to the possibility that Mother Nature wove metaphor and meaning into the natural order of things.

Walnuts are well known to have a disproportionately high amount of the very fatty acids, specifically the EPA/DHA omega-3 fatty acid substrate alpha-linolenic acid that the brain requires for optimal health. Moreover, walnuts contain well-known neuroprotective compounds such as gallic acid, vitamin E isomers, melatonin, folate, and polyphenols. Coincidence? Or is Mother Nature providing a clue so obvious we would have to be nuts (or nut deficient) in order to overlook it?

Or, consider the remarkable pomegranate fruit, prized the world over as a regenerative, fertility- and prosperity-enhancing food of deep cultural and mythological significance.

Amazingly, pomegranate not only looks like the mammalian ovary but is literally the fruiting ovary of the pomegranate plant, and which produces some of the very same hormones (e.g. estrone and testosterone) that normally only animals produce, and which can even replace their function in the ovariectomy-induced experimental model of menopause.

In these examples, we see reflected a phenomenon once described as part of the “doctrine of signatures,” a concept that goes back at least 500 years around the time of Paracelsus (1491–1541), who stated:  “Nature marks each growth … according to its curative benefit.”

While this concept was sometimes taken too literally in the ancient world, with superficial resemblances between plants and human organs often being mistaken as having significant medical value, indubitably, there is still deep wisdom embedded in ancient medical texts, concepts, and practices.

GreenMedInfo.com focuses on supporting intuitive faculties and direct experiences (the so-called “N of 1,” which is the phenomenological ground of all truth) in the realm of natural medicine with peer-reviewed scientific research. This includes validating some of the more “poetical” concepts, such as the “doctrine of signatures” that the majority of modern medical professionals have left behind as “magical thinking,” or were never exposed to in their training.

I believe we are nearing a golden age of mutual validation, where the ancient and new worlds meet to confirm one another, ultimately amplifying the awareness that natural healing and self-healing is the only sane path when it comes to, at least, nonemergency health care.

Pomegranate is an exceptional example of a food that participates in the extraordinary doctrine of signatures, because it both resembles and heals multiple organ systems. Not only is it a plant ovary that supports, nourishes, and heals the ovaries of animals, but it looks like a heart and “bleeds” an amazing, astringent juice that anyone who has tasted it knows leaves the mouth feeling exceptionally clean.

The oral cavity happens to be lined with the very same epithelial tissue that lines the inside of the blood vessels (endothelium). The same cleansing effect that you taste and feel in your mouth also occurs in your arteries, which is why pomegranate has been clinically proven to reverse arterial plaque buildup within just months of consumption. Can you imagine what would happen if the millions of people on statin drugs—who are obtaining no cardiovascular benefits—consumed pomegranate instead? If food were used as medicine, we might actually accomplish a deceleration, and perhaps even regression, of the ever-expanding global heart-disease epidemic.

Pomegranate’s blood-like juice has been clinically shown to increase the health and vitality of our blood. A 2014 study published in the Journal of Applied Physiology, Nutrition, and Metabolism, titled “Effects of pomegranate extract on blood flow and running time to exhaustion,” found that acute ingestion of pomegranate extract 30 minutes before exercise enhanced vessel diameter and blood flow and delayed fatigue during exercise. The pomegranate group noted a significant increase in post-exertion vitality as well.

I found this study particularly interesting because I have noticed after consuming pomegranate juice the same sensation of increased blood flow. I was not certain, until reading this study, if this was something I was imagining, or if it was possible that within one dose of pomegranate, one could experience significant differences in blood flow.

Remarkably, another “blood-like” liquid, beet juice, has also been found to have significant blood-supportive properties. In one recent study, a single dose of beet juice resulted in improved cognition within 90 minutes, and which researchers attributed to its ability to positively modulate the blood flow dynamics (hemodynamic response) in the frontal cortex. One of the mechanisms identified was the nitrates in beet juice, which produce a blood-vessel-dilating effect.

For those looking for more information on the doctrine of signatures, the herbalist Matthew Wood provides salient insight in an article on the topic under the subheading “The Forces of Nature and the Creation of ‘Signatures'”:

“Every plant represents a finely honed response to environmental stress—the exact same stress that human beings must contend with in order to stay healthy. The wide array of chemical compounds in the plant, as well as its shape, color, and environmental niche all represent adaptations to stress. The plant has been molded in response to stress. There is no room for extra chemicals or colors or extravagant shapes. It is a survivor and what it can do for itself it can convey to us as a medicine. The philosopher Rudolf Steiner pointed out that the same forces which cause disease in the human frame cause the contortion of the plant. Thus, the ‘contortions’ or shapes and colors, not to mention the environmental niche in which the plant lives, are ‘signatures’ picturing the stresses and diseases to which plant is remedial.

“There is also a deeper lesson. The doctrine of signatures teaches us to view disease and remedy in a ‘characterological’ sense, or as specific patterns or identity patterns formed in response to stress. Each possesses an inherent logic and intelligence all their own. These responses produce patterns or ‘signatures’ which we must learn to read in plant and person alike.”

For an even deeper scientific explanation of how plants and animals coevolved, learning how to survive and thrive together by developing certain phytochemical codependencies, read the remarkable article on the topic titled “Xenohormesis: health benefits from an eon of plant stress response evolution.”

For more information on food-organ resemblance, read GreenMedInfo’s article: 3 Foods That Look Like the Organ They Heal, as well as the deeper food-philosophy of Sayer Ji: Leonardo da Vinci & The New Biology.

Sayer Ji is the founder of Greenmedinfo.com, a reviewer at the International Journal of Human Nutrition and Functional Medicine, co-founder and CEO of Systome Biomed, vice chairman of the Board of the National Health Federation,  and steering committee member of the Global Non-GMO Foundation. This article was originally published on GreenMedInfo.com