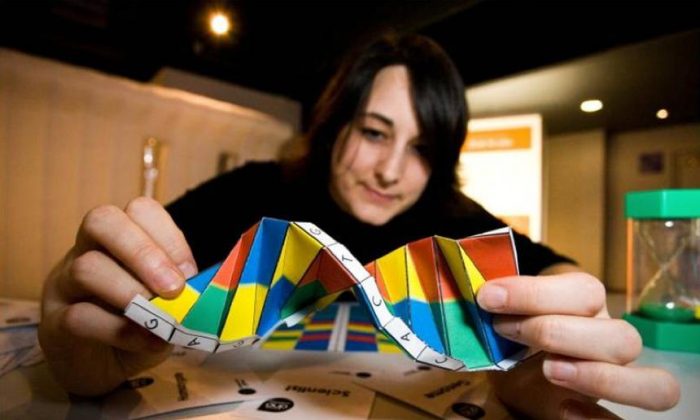 What causes cancer? This deceptively simple question has a devilishly complex answer. So when U.S. researchers proposed a relatively simple mathematical formula to explain a long-standing conundrum in cancer earlier this year, it was bound to get a lot of attention.

Most of the reporting about the research ran with the line that “cancer is all down to bad luck,” implying that developing the disease is out of our hands and that preventative efforts might be useless. But is that really the case?

Much of the misunderstanding seems to have arisen from the authors’ statement that a third of the variation in cancer risk among tissues is attributable to environmental or inherited factors, with the majority due to random mutations during DNA replication in normal cells. This statement about relative risk was overblown into blanket conclusions about the underlying causes of cancer.

The Wonder of Replication

Cancer emerges when one of the cells that make up your tissues (and organs) grows and divides without control, losing its specialized function and invading other tissue. This happens when normal control of cell growth and division is compromised through changes, or mutations, in your genome (the chemical instruction book for life).

Mutations lie at the heart of cancer biology.

The genome is made from a chemical alphabet of just four letters (A,T,G, and C) “written” into DNA. It works like a kind of computer software for our cells, with strict instructions for growth and function.

Each of the 100 trillion cells in your body contains roughly six billion letters (called nucleotides) of this code, condensed into a thin strand of DNA about two meters long. To put this into perspective, if you stretched out all the DNA in a human body it would reach around the moon and back several times.

Every time a cell divides, the genome must be copied accurately and quickly. This synthesis of new DNA is called replication, and the numbers behind it are staggering.

DNA replication has evolved to be incredibly efficient and reliable, but random mistakes (mutations) occasionally happen. Still, they occur at a rate of less than once per genome per cell division, thanks to some impressive molecular proofreading machines, which constantly survey the newly copied DNA and correct errors.

But with so many cells dividing so often, DNA replication still represents a major source of mutations. And every cell division increases the chance of accumulating mutations in important genes, increasing the likelihood of cancer.

Other Sources of Mutation

Mutations can take many forms and can emerge in a number of ways—not just through replication errors. We inherit between 50 and 100 mutations from our parents at birth, for instance, and any new or de novo mutations act on this inherited genetic background.

Even normal cellular metabolism damages DNA through the production of reactive oxygen. And, in a sinister twist, many of the inherited mutations that predispose people to cancer hit genes that control the DNA proofreading and repair systems (such as the breast cancer genes BRCA1 and BRCA2). This has the effect of amplifying the rate of new mutations.

The other major causes of DNA mutation are lifestyle or environmental factors. We are exposed to a range of these in our everyday lives, such as UV radiation from sunshine, and chemicals including asbestos or from smoking cigarettes.

Lifestyle factors including diet and alcohol consumption may also contribute. Some viruses and bacteria are known to cause DNA damage leading to cancer. They include the human papillomavirus (HPV) for cervical cancer and H. pylori for gastric cancer.

Although these different agents leave unique chemical signatures in the DNA, they are still essentially random events. Random mutations are, in fact, the raw material driving evolution. And the processes of mutation and evolution are accelerated in cancer. Indeed, we are only now starting to understand the importance of evolution in driving cancer emergence and spread, as well as its resistance to therapy.

Where does this leave the idea that cancer is all down to bad luck? Is modifying your lifestyle to minimise exposure to risk factors futile?

As usual, reality lies somewhere in the middle of competing narratives. Life is a kind of genetic gamble. We have to play the cards dealt us, but we can stack the odds in either direction by altering our exposure to environmental and lifestyle factors. Suggesting cancer is all down to bad luck dilutes the important message that risk can be modified by behaviour.

The cancer lexicon is littered with notions of guilt and blame. Death is often framed as “losing the battle with cancer,” for instance. And patients and their families are bombarded by gurus profiteering from various diet and lifestyle interventions. Their implicit messages can often leave people feeling that their cancer is all their own fault and wondering if there was something they could have done differently.

The fact remains that, in many cases, there isn’t.

Darren Saunders is a senior lecturer at UNSW Australia and laboratory head at the Garvan Institute. This article was previously published on TheConversation.com