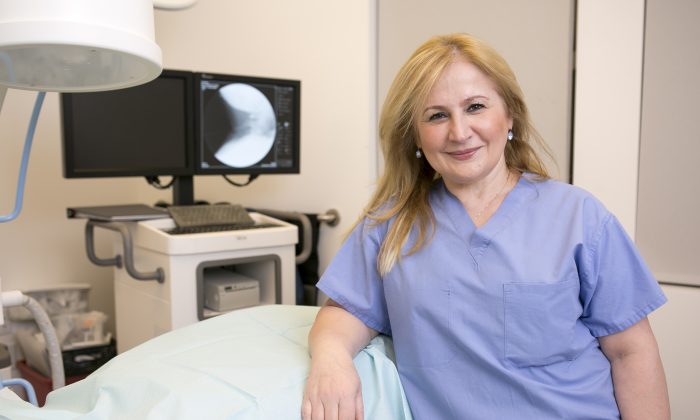 NEW YORK—We still don’t know what fundamentally causes migraines, and most are considered incurable. But for a small number of sufferers, surgery can make severe, chronic migraines disappear forever.

This is as close as modern medicine has yet come to a cure, and it’s thanks to an Ohio-based plastic surgeon, Dr. Bahaman Guyuron.

Like the discovery of penicillin, Guyuron’s discovery that surgery could help migraines was a fortuitous medical accident—although this one was a side-effect of otherwise successful surgeries, not the result of lax housekeeping and moldy petri dishes.

After undergoing forehead lifts, some of Guyuron’s patients reported that their migraines disappeared. These reports intrigued Guyuron, who started studying the phenomenon and in 2000 started performing nerve decompression or deactivation surgeries to relieve migraines.

The surgery is based on the theory that migraines can arise when branches of the largest cranial nerve—the trigeminal nerve—have pressure put on them and become inflamed.

Pressure on nerve branches can come from arteries that get looped around them, tumors that press against them, or when muscles and connective tissue called fascia become tense and restrict them. This impingement causes the nerve to become inflamed.

In surgery, a plastic surgeon will unloop the arteries, remove the tumors, or decompress muscles and fascia, relieving the immediate source of the pain.

Plastic and reconstructive surgeon, Dr. Kaveh Alizadeh, who studied with Guyuron and is the chief of plastic surgery at the Westchester Medical Center and  surgical director and co-founder of New York Migraine Associates (NYMA), said that about 60 percent of surgery patients are able to quit all prescription medications afterward, and 90 percent see significant improvement.

Migraine surgery is still experimental and continues to have some skeptics because it is more invasive than any other migraine treatments.

But as studies first by Guyuron himself and then others by medical institutions around the country have begun to turn up long-lasting positive results, the treatment has become more widely accepted, according to Dr. Elena Ocher, the executive director of NYMA and a pioneer in the field of surgical migraine treatment. NYMA is a center dedicated to finding a cure for migraines by utilizing medical and surgical techniques.

As to whether surgery is more effective than drugs, that depends on the patient, Ocher said.

Ocher estimates that only about 10 to 12 percent of the headache patients she sees as part of her pain management practice are eligible for this surgery.

There can be many causes of migraine pain, and thus correct diagnosis is very, very important before considering surgery, she said.

Ocher, Alizadeh, and Guyuron are currently working to publish an expanded set of classification criteria for migraine surgery, which outlines in more detail the symptoms that make patients good candidates for the procedure.

The key consideration is how they to respond to other treatments, Ocher said.

“If patients have good results with all our treatments, and we know where the source of pain is, then we refer to surgery.”

Migraine treatments start at one of Ocher’s two pain-management clinics, which offer long-term and urgent care for just about any kind of pain, including sciatica, arthritis, muscle-related pain, fibromyalgia, phantom limb pain, and all types of headaches.

Ocher, a cardiothorasic anesthesiologist in the United States, was trained as a neurosurgeon in Russia, so although she cannot perform surgery here, she brings a wealth of knowledge of neuro-anatomy to her practice.

Headaches are caused by a host of different factors and can indicate more severe conditions like tumors and aneurisms. Ocher said she’s been the first to diagnose multiple sclerosis in patients who came to her for headache treatments.

“The most important to us is to diagnose correctly,” she said.

“We need really exact diagnostic tools to make the differentiation, [to tell] where this pain is coming from, why is this patient suffering from this disease.”

After an oral consultation, diagnosis can involve an angiogram, which reveals problems with the blood vessels; high resolution MRI imaging, which shows the deep brain structures; and blood and urine tests.

For migraine patients, another step in diagnosis is something called a nerve block, which involves using ultrasound guidance to carefully inject the tissues around an inflamed nerve with the right combination of medications.

“Usually it’s local anesthetic, [with] a mix of different medications … sometimes steroids, … sometimes vascular agents, neurostabilizing agents.” Sometimes the mix also includes BOTOX, which was approved for migraine treatments by the FDA in 2010.

The first nerve block given is a test to see if they’ve actually gotten the right place. If the patient’s pain goes away, then treatment progresses to more long-acting blocks that can stop pain for several months.

If  the short-acting block works, patients can consider surgery. Ocher’s clinics have hospital-grade operating rooms where Ocher and Alizadeh conduct surgery—she does the anesthesia and guides as he performs the procedure.

He emphasized that the best care for migraines happens when surgeons work alongside other specialists.

“It is important for people to seek advice of a board-certified surgeon who specializes [in migraines] and works in a center with other specialists, ” he said.

So Why Plastic Surgeons?

Treatment of severe migraines is typically the domain of neurologists and pain specialists, and some patients are skeptical when they hear that plastic surgeons offer surgical treatments.

But Alizadeh explained that plastic surgeons are highly qualified to do these surgeries because they are specially trained to operate around the sensory nerves in the head and neck.

“We happen to know the anatomy of the face very well,” he said.

Ocher noted the trend in modern medicine is that as treatments advance, drugs usually replace surgical procedures. However, in the case of migraines, the trend seems to be going the other way.

And when it comes to migraines, surgical treatments are a huge step forward, Alizadeh said.

“The addition of surgery allows the potential cure of this debilitating condition for the very first time.”

Fern Epstein has been coming to the practice for nearly two years. Epstein, who has been suffering from migraines since she was 16, said years of medicines and diet changes just “didn’t really work” to relieve her pain. Now she comes to Ocher every four months at least for a nerve block, which gives her the most relief of any treatment she’s had.

She said the nerve blocks lessen the intensity and continuity of her migraines, which she’s prone to get everyday, and said that most of the time, Ocher’s treatment is an “absolute miracle procedure.”