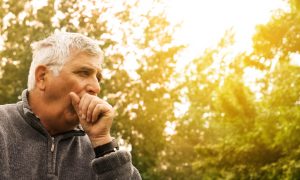 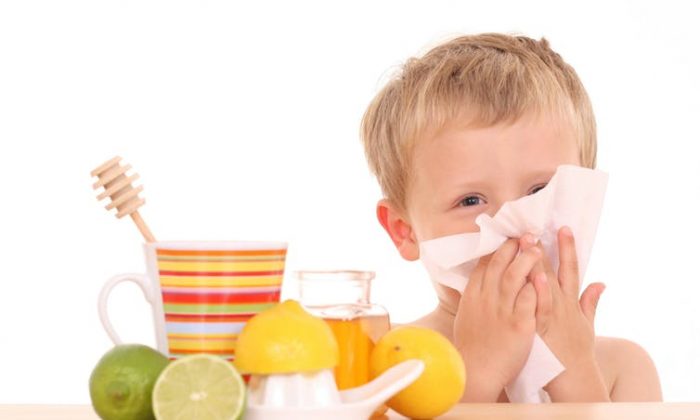 Young children are better served with a bit of honey and healthy foods as they build up their immunity to the viruses that give them so many colds. (Shutterstock)
Lifestyle

The common cold season is here, and if you have children, you will likely feel their suffering from these annoying upper respiratory tract viral infections. Due to their lack of immunity, children experience more colds than adults. With each cold producing symptoms of nasal congestion, runny nose, cough, and mild fever lasting up to seven to 10 days, it may seem that children are nearly continuously sick.

Parents certainly want their ill children to feel better, and naturally, they want to help. A frequent solution is over-the-counter (OTC) drugs, which are heavily advertised to treat many maladies, including colds. A stroll down your local pharmacy drug aisle will highlight the numerous products available for adults and children.

It is tempting to buy one or more of these OTC drug products to help your child. However, for children younger than 12 years of age, it is best not to use commonly advertised OTC cough and cold drug products. These products lack supportive clinical study efficacy and safety data, an issue I’ve studied as a professor of pharmacy practice.

Children Are Not Just Small Adults

When treating children with OTC or prescription drugs, it is important to understand that young children differ significantly from the adult population with respect to drug efficacy and adverse effects.

Over the past 30 years, we have learned much more about pediatric pharmacology and drug action and behavior, known as pharmacokinetics, and differences between children and adults. Prior to this, and even today to some extent, health care professionals assumed that drugs functioned and behaved similarly in children as in adults.

Based on this assumption, health practitioners often only reduced the prescribed amount of a drug to a child based on a proportion of the child’s body weight to an adult. For example, a provider would prescribe 50 percent of an adult drug dose for a child with 50 percent body weight of an adult. The efficacy of OTC cough and cold product active ingredient, as demonstrated in adult studies, was assumed to be similar in children.

However, we have learned, and are continuing to learn, that this strategy is not accurate and can be dangerous. Most drugs are not specifically studied and evaluated in children prior to their labeling by the FDA and availability to the public.

A safe and effective drug dose and dose schedule are derived from these formal studies and evaluations. But without these formal studies, pediatric-specific drug pharmacology is not accurately evaluated and determined. In addition, a physician can legally prescribe any drug for a child, even if there aren’t data supporting its efficacy and safety in children.

Pediatric OTC cough and cold products have seen significant regulatory changes in recent years. In 2007, several health care experts petitioned the FDA to carefully review pediatric efficacy and safety data of OTC cough and cold products, requesting that these products be specifically labeled “not for use in children younger than six years of age”.

In 2008, the FDA recommended that OTC cough and cold products not be given to children younger than two years old. The trade group representing OTC drug product manufacturers, the Consumer Healthcare Products Association, additionally announced that these products would be labeled “not for use in children younger than four years old”. The FDA agreed, and this remains the current status of pediatric age labeling for OTC cough and cold products.

In addition, reviews of the medical literature indicate that OTC drug ingredients are actually ineffective in reducing cold symptoms in children. OTC cough and cold products can be dangerous to use as well, with more than 100 deaths of infants and young children described in published reports where these products were the sole cause or important contributive causes.

Although several doses of pediatric OTC cough/cold products are unlikely to be toxic, these reports have described scenarios where the products were used inappropriately, by administration of doses too large, doses given too frequently, inaccurate measurement of liquid doses, or administration of similar active ingredient drugs given from numerous OTC products resulting in accumulative large doses.

These mistakes were easily made by parents, considering the difficulty in accurately measuring out small liquid doses and a desire for the drugs to help leading to overdosage.

A Word of Caution Regarding Codeine

Recent studies and recommendations have significantly altered our use of another drug historically used to treat cough in children—codeine. It is an opioid, and it is still available over the counter in some cough medicines in some states. It is available with a prescription in all states.

We have learned in recent years that codeine is metabolized differently from subject to subject. Codeine alone has very little useful pharmacologic activity, but the liver chemically alters it into its active form, morphine, and another chemical. Morphine is dangerous, as it suppresses breathing. It must be used cautiously even in adults.

For many years, codeine has been used for treating pain and cough in children and adults. Recent evaluations, however, have determined that its clinical efficacy for these uses is inferior to other available drugs. We have learned that the amount of morphine produced from codeine liver metabolism can vary widely from person to person, a result of genetic differences.

More than 20 cases of fatal respiratory depression have been documented in infants and children. In 2016, the American Academy of Pediatrics published a warning on the dangers of administering codeine to infants and children, recommending that its use for all purposes in children, including cough and pain, be limited or stopped.

Try These Remedies Instead

When your child next suffers from a cold, instead of reaching for an OTC cough and cold product, use an OTC nasal saline drop or spray product to help with nasal congestion. You can also run a cold air humidifier in his or her room at night to help loosen nasal congestion. Acetaminophen or ibuprofen can be given as needed for fever.

If your child is coughing enough to be uncomfortable or to prevent nighttime sleep, try giving honey, so long as he or she is 1 or older. Honey has been recently shown by several clinical studies to be an effective cough suppressant and is likely to be much safer than codeine and OTC cough and cold products.

These therapies have been endorsed by the American Academy of Pediatrics. When using these treatments in infants and young children, it is always wise to speak with your child’s pediatrician first, as several more serious illnesses may initially produce symptoms similar to those of a common cold.

Edward Bell is a professor of pharmacy practice at Drake University. This article was first published on The Conversation.