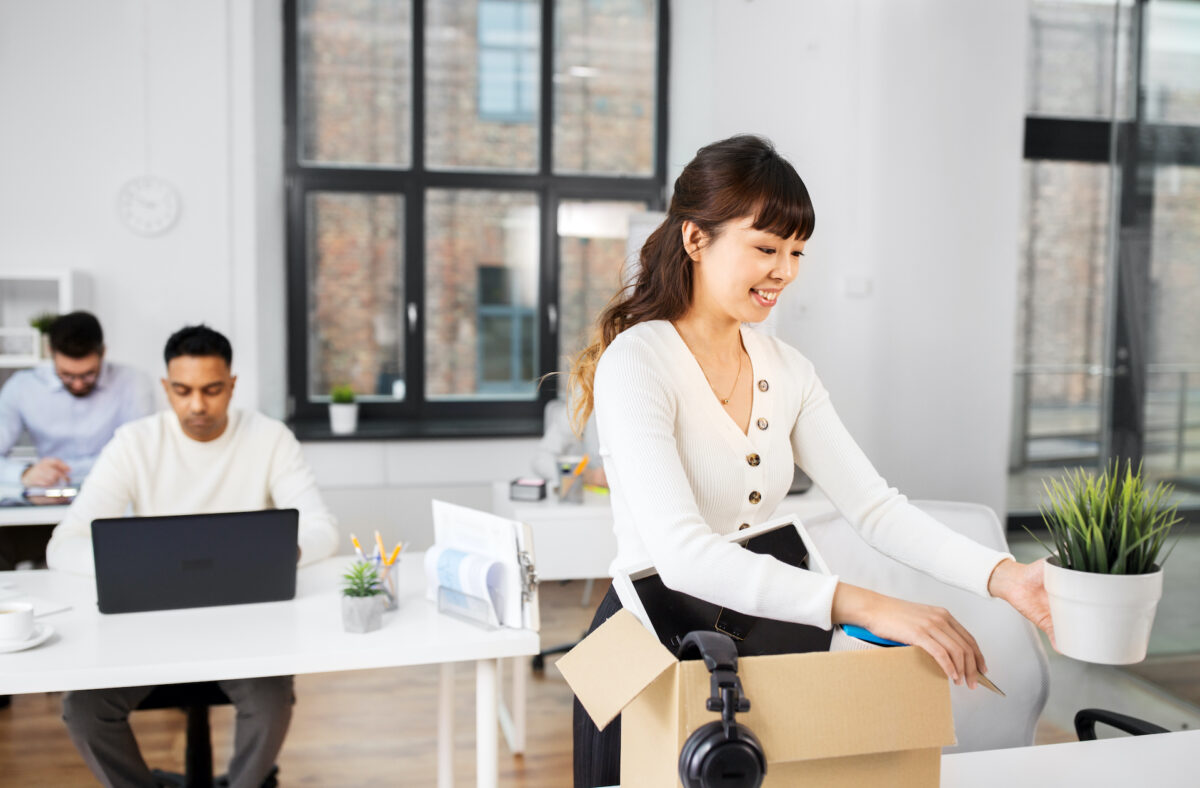 Why Job Turnover Is So High for Gen Z and Millennials

These generations aren't shy about chasing new opportunities, and this is particularly true of Gen Z
BY Kimberlee Josephson TIMEJuly 27, 2022 PRINT

Jonathan Haidt’s latest essay “Why the Past 10 Years of American Life Have Been Uniquely Stupid” in the Atlantic calls attention to concerns related to how Generation Z has been raised.

According to Haidt (and previously fleshed out in his insightful book “The Coddling of the American Mind,” Gen Z members have received more structure and attention throughout their upbringing than any previous generations. Unfortunately, the pre-organized playdates, ongoing extracurriculars, and soft-handed critiques have inhibited their ability to develop grit and gumption.

Haidt isn’t alone in raising these concerns. Autonomous play and independent study are largely foreign concepts to Gen Z, which is why skill sets related to critical thinking and social interaction warrant attention.

Enterprise software maker CGS notes that, in reference to a survey conducted by the Society for Human Resource Management (SHRM), competencies lacking for Gen Z include problem solving and creativity, the capacity to deal with complexity and ambiguity, and communication efficacy. And, according to another survey by SHRM, Gen Zers are aware that they are ill-prepared.

While Haidt’s essay places the blame on older generations for not equipping Gen Z and calls attention to the implications that this has for the future of democracy (an important point since Gen Z is proving to be a prominent voting bloc), it’s also worth noting the economic impact it may have as Gen Z enters the workforce and baby boomers retire out.

The size of the Gen Z cohort will soon surpass that of millennials, who currently make up a bulk of the U.S. workforce, and so businesses must be mindful of the expectations and accommodations necessary for their new recruits.

Millennials and Gen Zers were reared in a child-centered society and have been programmed for times of transition and miniature milestones, with hand-holding along the way. To put things in perspective, only five years ago, it was documented that parents were joining in on their adult child’s job interviews, and companies even created Bring Your Parent to Work Day.

Gen Z’s childhood has most certainly influenced its professional pursuits and workplace preferences, but now cognitive dissonance is setting in as forms of recognition and connection are lacking in post-pandemic work environments. Consequently, job satisfaction matters now more than ever, and firms must be people-oriented since, no matter how important or inspiring the task or organizational purpose, it won’t matter if employees don’t feel vested in it or prepared for it.

It must also be noted that young workers have not only been hampered by parents and pandemics regarding their workplace readiness, but also have shown signs of greater anxiety and stress due social media use—and this is also spilling over into the workplace.

As digital natives, Gen Zers haven’t only been exposed to a greater degree of the world’s problems, but also the achievements, accomplishments, and accolades of others, thereby creating new pressures to keep up. Nowhere is this more apparent than on LinkedIn, which is Gen Z’s preferred professional platform.

LinkedIn has booming membership rates among younger cohorts of workers, and activity online has been surging with early entrant employees anxious to signal their success or share their job market news. And there’s a lot of sharing going on given that 40 percent of LinkedIn users reportedly change their employment status every four years.

Notifications highlighting employment shifts normalize this trend, but tales of turnover are troublesome for organizations not only due to costs of recruitment or difficulties dealing with vacancies, but also since employee upheaval can have a negative impact on company culture and inspire others to follow suit.

As new research featured by Fast Company shows, “Millennials and Gen Z are currently proving to be the driving force behind the Great Resignation.” These generations aren’t shy about chasing new opportunities, and this is particularly true of Gen Z.

“The study by software and data analytics company Adobe found that more than half of Gen Z respondents reported planning to seek a new job within the next year,” an article in U.S. News & World Report notes. “The generation also reported being least satisfied with their jobs, 59 percent, and with their work-life balance, at 56 percent. Nearly two-thirds of them, 62 percent, said they felt the most pressure to work during ‘office hours,’ even though they said they do their best work outside of normal office hours.”

While Haidt’s essay depicts the dangers of too much online activity and calls for raising the internet access age requirement, it’s too late for Gen Z, who’ve been encouraged to create LinkedIn profiles as part of their job hunt and are expected to have a virtual presence with the brands and organizations with which they are affiliated.

So, with this in mind (and in being wary about inviting further government interference in the digital realm), companies must be on the lookout for those workers who aren’t only in need of skill development, but also who require a greater connection to the real world rather than the virtual world.

Managers must be forthright and inquire about employee needs as well as future ambitions to rein in temptations of exploring external prospects, and organizations must dedicate more time to nurturing the company culture and cultivating human connections to ensure both engagement and empowerment.

As stated by Thomas Sowell in his book “Wealth, Poverty, and Politics,” “Transferring the fruits of human capital is not as fundamental as spreading the human capital itself.”

Dr. Kimberlee Josephson is an associate professor of business at Lebanon Valley College in Annville, Pennsylvania, and a research fellow for the Consumer Choice Center.

Kimberlee Josephson
Follow
Dr. Kimberlee Josephson is an Associate Professor of Business at Lebanon Valley College in Annville, Pennsylvania, and a Research Fellow for the Consumer Choice Center.
SHARE
Friends Read FreeCopyFacebookTweet
You May Also Like