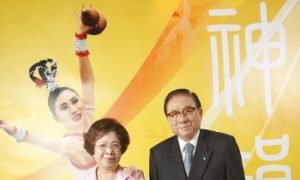 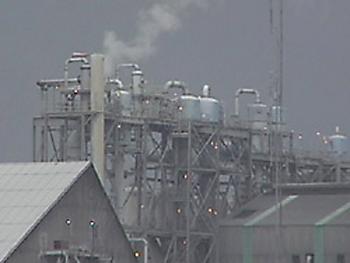 Scrubbers on the stacks of this fertilizer plant filter out the fluoride that would otherwise poison the environment. (Michael and Paul Connett)
Mind & Body

Why Fluoridation Is Not Universally Popular

By Louise McCoy
Print
Fluoride, a poisonous waste product of the fertilizer and aluminum industries, has been added to water supplies since 1945.

Since water fluoridation has been used to prevent tooth decay, it has met with opposition by those who do not want governments to determine their medication, and by those who know its bad effects. This method of involuntary medication is now being questioned more because of the great information wave and subsequent studies.

Fluorine is so chemically related to iodine that it preempts iodine in the cells like a hatched cuckoo in a bird’s nest.

Iodine is found in the reproductive glands, the thyroid, the pituitary, and the breasts. Doctors in Europe used to “cure” hyperthyroidism with fluoride until the 1970s. [1] Hypothyroidism is now so common that everyone knows people taking thyroid medication.

Since fluoride is not destroyed by heat, it is in processed food and drink made with fluoridated water. It has also become more concentrated in the human body. Only large amounts of iodine (12 to 50 mg per day) can unseat fluoride from its comfortable lodging. The remedy? Eat plenty of seaweed, or get a doctor to prescribe non-radioactive iodine.

John Yiamouyannis, Ph.D. (biochemistry) explained to a small group of us, while on his anti-fluoridation crusade, that fluoride destroys an enzyme that repairs DNA, and, as a result, causes cancer. He wrote the book “Fluoride the Aging Factor: How to Recognize and Avoid the Devastating Effects of Fluoride” explaining the biology of fluoride poisoning.

Fluoride production is now declining, making it more expensive. This may be the time to put the money to some other use, such as preventing tooth decay.