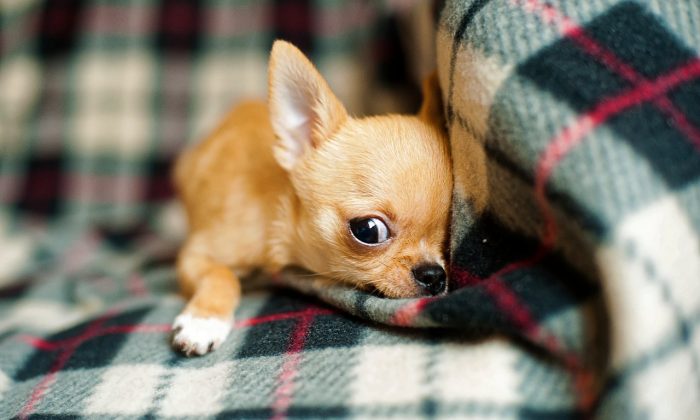 Why Do We Feel the Need to Squeeze Cute Things?

If any of the collected photographs you see here cause you to emit high-pitched noises or ache to cradle the pictured animal tight in your arms, you might be experiencing a bout of “cute aggression.”

The phrase refers to a phenomenon during which we catch sight of a living thing deemed “cute,” usually a baby or an animal or — double-whammy — a baby animal, and feel an overwhelming desire to play with the subject’s features; a compulsion to tickle its feet; the need to tease its rumples or bulges of fat; the want to bury our faces into its belly.

Granted, not all voiceless lifeforms enjoy being tugged at or played with in an intrusive manner, which is why this behavior is referred to, in part, as “aggressive.” While we might mean absolutely no harm to the creature we long to hold and hug, our near-hyperactive responses to its presence often seem beyond our control, what some have called the “squee” effect.

Yale researchers studied this “dimorphous expression” — the need to manhandle living creatures for which we feel only positive emotions — in 2014. Part of the experimental regimen involved asking some participants to pop bubble wrap while viewing images of “cute baby animals;” others did the same while looking at images of adult species. The results: Those who viewed the infants popped more bubbles by far.

One of the researchers, psychologist Oriana Aragón, said that participants would have likely squeezed whatever they had in their hands or arms while viewing images of the “cute” animals, be it a purse or a pillow. Had something alive, however, actually been in those arms, the strength with which the participants freed their fuzzy feelings might have been worrisome to the researchers.

Food Is Too Cute For Kid To Eat

But Aragón says that strong human emotions are often balanced by “an expression of what one would think is an opposing feeling.” This is similar to what happens when we cry while angry or laugh while nervous. Our actual expressions “scramble and temper” whatever feeling got us into such a tizzy in the first place, helping to restore our emotional equilibrium, “tamping down or venting” feelings that cause us to become too excited.

While wanting to squish what could be one’s own offspring might seem an evolutionary misfire, a 2012 study in the journal PLOS ONE indicates that cuteness creates a powerful “approach motivation,” the very thing that drives us to scoop up puppies and kittens in adoption kennels and squeeze them close to our chests and nuzzle them against our faces. It seems the need to be touchy-feely toward cuteness provokes precisely the kind of nurturing that keeps helpless creatures alive.

As for animals, those worthy of this treatment, appealing to us as “cute,” mimic physical characteristics of human babies — “a large head; rounded, soft, and elastic features; big eyes relative to the face; protruding cheeks and forehead; and fuzziness.” The same, in fact, seems to be true for Great Apes, as has been documented with Koko the gorilla and an Internet celebrity orangutan shown interacting with tiger cubs, though the scene remains controversial.

And so it seems the power of cuteness is made all the more apparent when humans (or elevated primates) respond to a rabbit or a duckling the way they might respond to their own kin. Our desire to squeeze is so powerful, in fact, that it “spills over” into interactions with other species. Thus, we have Web sites like Cute Overload that exist only for the compelling pull to exercise that need to feed our “cute aggression,” be the temptation a pleasure or a pain.

Why Funny Cat Videos Are Good for Your Brain