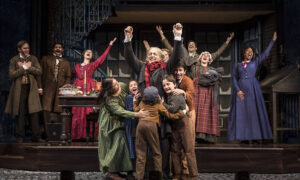 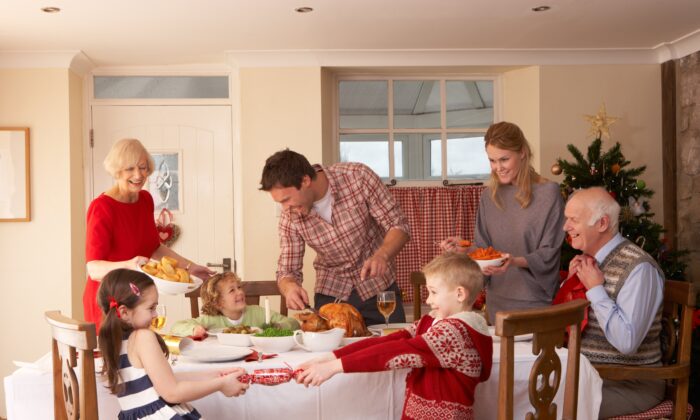 The familiar rituals and traditions of the holiday season offer structure and predictability in our lives and contribute to greater social cohesion.(oliveromg/Shutterstock)
Mind & Body

Why Celebrating Christmas Is Good for Your Mental Health

The Christmas season has been shown to lead to greater altruism, goodwill, and generosity
By Nilufar Ahmed
biggersmaller
Print

From birthdays to weddings and graduations, this year has seen many personal celebrations canceled, while communal festivities such as Bonfire Night, Eid, and Diwali either haven’t been celebrated or have been more subdued. So it might feel tempting to downplay Christmas, too, especially with concerns that people mixing more freely could lead to a third wave of COVID-19.

However, it will be more important this year than ever before to engage in the celebrations and rituals of Christmas and New Year. There’s plenty of evidence to suggest that entering wholeheartedly into the spirit of the season—while keeping to 2020’s limitations—will be very good for our mental health. After a tough year, this might be exactly what we need.

Christmas has important social, cultural, and religious functions. For people of all faiths (and none), the Christmas holidays bring people and families together to reflect on the year gone by and look forward to the next.

The sociologist Émile Durkheim used the term “collective effervescence” to describe the positive mood we feel when we take part in social activities that bring collective joy and make us feel part of a bigger community. Durkheim was writing about large religious gatherings, but researchers have argued more recently that this same feeling can be experienced in smaller units when family or friends get together.

We see this collective effervescence at Christmas time. Research has shown that this spirit of Christmas manifests as a multitude of positive feelings and behaviors that are experienced collectively, including greater altruism, goodwill, and generosity. This happens to such an extent that some have argued that Christmas cheer could be an emotion in its own right.

Although we can’t do everything we normally would this year, restrictions will be easing over Christmas in the United Kingdom and in certain European countries. This means we can, if we choose to, still experience some of this effervescence.

The Positive Power of Ritual

The popular adage that the best part of going out is getting ready—that the journey is more important than the destination—recognizes that rituals are important in their own right. Routines and rituals offer structure and predictability in our lives and perform important psychological functions to manage anxiety. With rates of anxiety soaring in lockdown, anything we can do to manage our mental health is to be welcomed.

Rituals have been described as individual units of action that form a sequence or pattern that is repeated in a particular way, and which are imbued with personal symbolism and meaning. For Christmas, these individual units typically include religious observances, buying presents, parties, pantomimes, carol singing, ice skating, and Christmas markets, not to mention the food and drink that we love so much during this time of the year—mince pies, panettone, stollen, mulled wine.

This year, many people put up Christmas decorations earlier than usual to try to lift the general mood. There’s evidence that this will work, as research shows that Christmas rituals specifically can play a role in creating a sense of wellbeing and satisfaction. They evoke memories of other times in our lives when we have gone through the same rituals. Every time we put up Christmas decorations, our brain fires up our stored up festive feelings.

This is why it’s important to maintain rituals associated with celebrations: Even if we won’t be experiencing events in the same way, our brains will still respond positively. Even Christmas smells can evoke memories of past times. Though we’re in completely different circumstances now, faced with these stimuli, our brains will make us feel happy by triggering happy memories.

Rituals also play a key role in social cohesion, as those in the UK saw with the “clap for carers” in the summer. When our traditional rituals are disrupted, this challenges the notion of who we are as a social group. Following a year in which we have had so much disruption in our routines and rituals already, and people have reported feeling increasingly isolated, Christmas rituals can offer us a sense of connection again.

Festivities also often highlight the things we have to be grateful for, and this gratitude can also increase our sense of well-being. And even if we can’t be with loved ones, spending time catching up on the phone or online can help to boost our mood. Just reminiscing over past happy memories can make us feel happier in the present.

Celebrating wholeheartedly may feel difficult when the celebrations are constrained and many of us have experienced loss, but the rituals associated with Christmas traditions can help us to stay positive. Celebrations can increase our appreciation for the positive elements in our lives, and will draw upon stores of positive emotion that we’ve built through memory. So go ahead and put up that Christmas tree. Even if there won’t be as many people gathering around it this year, it should still make you feel better.

Nilufar Ahmed is a lecturer in social sciences at the University of Bristol in the UK. This article was first published on The Conversation.