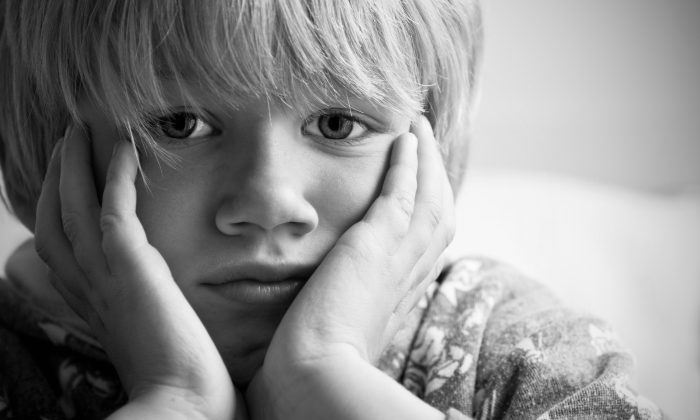 The Republicans’ controversial effort to repeal the perhaps optimistically named Affordable Care Act because of rising premiums may be fatally stalled. But there are other ways to rein in health care costs that have been almost entirely overlooked. Making a serious effort to reduce loneliness could make a real difference.

According to one meta-analysis, loneliness increases the risk of early death as much as smoking or being 100 pounds overweight. The risk is highest in people younger than 65. But lonely people don’t go to doctors just for medical care. They’re also dying for social contact.

Although loneliness is now recognized as a major public health problem, there hasn’t been much discussion about how to address it.

As a clinician who treats mental health issues caused by loneliness, I’ve come to believe that we can’t develop effective interventions for loneliness without first understanding what causes it.

Someone in a bad marriage may feel lonely in the presence of a distant or rejecting spouse, for example. Loneliness is the experience of being not alone, but without the other in a way that feels meaningful. What matters is the internal experience.

Some people are content on their own. As the British psychoanalyst Donald Winnicott explained, people like this never actually feel alone internally.

What protects them is the early experience of having what he called “a good-enough mother.” A good-enough mother isn’t perfect, but she cares deeply for her child and values them for who they are. Wherever these contented souls go, they carry with them an ongoing sense of the mother’s caring and attentive presence.

But many people are not that lucky. It’s well-known that people who were abused as children are at higher risk of getting into abusive relationships as adults. Similarly, people who suffered from emotional neglect as children have a high risk of reliving that experience as well. They felt lonely and uncared for as children, and they feel that way as adults too.

Chronic loneliness can be the aftermath of early emotional neglect. This kind of neglect is often invisible to others. A child may grow up in a family where everything seems normal on the outside, but still feel lonely if he can’t get the love and attention he needs from his mother to thrive.

We fall into old patterns because they’re familiar, and perhaps as a way of showing loyalty to parents who were once everything to us.

Fathers are very important too, of course; they can mitigate or worsen the effect of mothers in this regard. But since mothers are usually the primary caretakers, particularly of very young children, they usually have the greatest effect when it comes to providing a buffer from loneliness or leaving children vulnerable to it.

A depressed, withdrawn mother is not likely to be emotionally available to her child, even if she goes through the motions of doing what’s needed. Sometimes a mother may feel so depressed and deadened herself that she deadens the relationship with her child, as described by the French psychoanalyst Andre Green.

In other cases, the mother may be distant and rejecting—or so oblivious to her child’s thoughts and feelings, and so out of touch with who he is, that she leaves the child feeling stranded emotionally, and alone.

Anyone who tried to get close to his mother as a child and failed may well feel hopeless about developing close relationships later in life. Sometimes hopelessness has a neurological basis: Severe early neglect impedes the development of neurons responsible for optimism.

Lessons Learned From Neglect Can Harm For Decades

Sadly, people who suffered from emotional neglect as children may also act in such a way as to make the expectation of loneliness a self-fulfilling prophecy.

Children who feel uncared for generally blame themselves. As adults, they may hang back from others because of a lingering sense of shame about feeling unwanted, or because they feel they don’t deserve to be loved.

Some people do more than hang back. They almost seem to cling to loneliness and to the social isolation that feeds it. Neurobiological mechanisms may play a part in this, because loneliness activates the fight-or-flight response, making people hypersensitive to threat and more likely to respond to others in a fearful or defensive manner.

But psychological factors are important too. If loneliness was the most powerful feeling you had with your mother, you may cling to the feeling of loneliness because that’s what connects you most closely to her. Without realizing it, some people may be reluctant to relinquish isolation and the loneliness it creates because loneliness feels like a kind of private space which is shared with a distant and rejecting mother.

Of course, we could all ask, “Why would you want to hold onto that?”

Why Lonely Teens Miss Chances to Join In

The Deadly Truth About Loneliness

Well, we’re not always rational. We all bear the imprint of early relationships with parents; most of us replay even painful parts of those relationships over and over again. Freud called this the repetition compulsion. We fall into old patterns in part because they’re familiar, and in part perhaps as a way of showing loyalty to parents who were once everything to us.

This can be seen in a highly controversial experiment by American psychologist Harry Harlow. Harlow first deprived baby monkeys of maternal affection, causing them to become panicky, and then offered each monkey a choice between a cloth mother and a bare wire mother that held a bottle with food. The monkeys preferred the more huggable cloth option; each baby monkey became attached to its own cloth mother, and would cling to this inanimate surrogate even though it offered no food. Children have a need to love, even when they’ve been harmed.

Children love their parents even when they’ve been abused. The same holds true for children who’ve been neglected. If a child’s relationship with his mother leaves him feeling profoundly lonely, that’s what he has, and that’s what he holds on to.

Paradoxically perhaps, the less emotional nourishment someone gets from her mother, the more tightly she may want to hold on. It’s a lot easier to separate from a mother who makes you feel loved and secure in the world than it is to turn away from a mother who seems to be on the brink of disappearing emotionally herself.

Some people may cling to social isolation because isolation is what most closely reflects their emotional experience as children. Longstanding loneliness may signal what is perhaps best understood as a kind of attachment disorder, with ongoing attachment to a depressed, withdrawn or rejecting mother.

When chronic loneliness comes from childhood neglect, social outreach programs are not likely to be sufficient. We need to think more carefully about what causes loneliness, and what seems to be the peculiar attachment of some people to a condition which they find deeply painful. Then we can tailor interventions to address the cause, rather than just the condition of being alone.