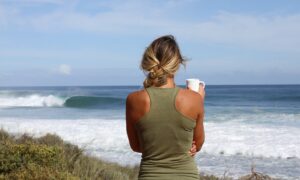 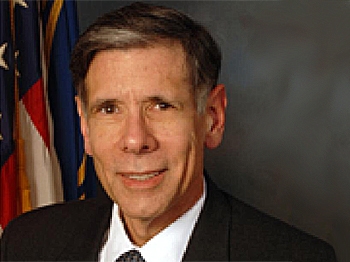 By Dr. John Briffa
biggersmaller
Print
Last week I noticed that the British Medical Journal had recently published a news story concerning “whistle-blowing” on the other side of the Atlantic [1]. The journal reported on a letter sent by nine doctors and scientists employed by the FDA (Food and Drug Administration) to President Barack Obama.

The opening paragraph of the letter reads: “The purpose of this letter is to draw your attention to the frustration and outrage that FDA physicians and scientists, public advocacy groups, the press, and the American people have repeatedly expressed over the misdeeds of FDA officials.

“But the many other FDA managers who have failed to protect the American public; who have violated laws, rules, and regulations; who have suppressed or altered scientific or technological findings and conclusions; who have abused their power and authority; and who have engaged in illegal retaliation against those who speak out have not been held accountable and remain in place.”

The letter details several specific instances of alleged “systemic corruption and wrongdoing that permeates all levels of the FDA and has plagued the Agency far too long.” These include approval of medical devices by single individuals despite overwhelming opposition from FDA experts, and delays in the approval of emergency contraception medication without a prescription as a result of “political pressure.”

The idea of FDA officials making decisions seemingly in isolation and contrary to expert advice reminded me of the FDA’s approval of the artificial sweetener aspartame. The company that originally developed aspartame (manufactured by the pharmaceutical company G. D. Searle) had been petitioning the FDA for many years in an effort to get its product licensed.

The company didn’t have much luck until a new FDA commissioner was appointed after Ronald Reagan came to power. The new commissioner, Dr. Arthur Hull Hayes, duly granted aspartame a license, a decision that went against the FDA’s own scientific board of inquiry’s recommendations. (Hayes subsequently took a position with Burson-Marsteller, the firm in charge of public relations for G. D. Searle).

The letter also speaks of a culture in which FDA staff members appear to be of the mind-set that honesty is not always the best policy. The letter’s authors write: “Currently, there is an atmosphere at FDA in which the honest employee fears the dishonest employee, and not the other way around. Disturbingly, the atmosphere does not yet exist at FDA where honest employees, committed to integrity and the FDA mission, can act without fear of reprisal.”

The letter also details what happened after the Wall Street Journal recently published an article detailing “wrongdoing and improper political influence involving top FDA officials.” The then acting (and now suddenly departed) commissioner of the FDA, Dr. Frank Torti, sent an e-mail to FDA employees in which he made it clear that they “must comply with … obligations to keep certain information … confidential … [including] e-mail to and from employees within FDA [that document the] deliberative process” and threatening that “violation … can result in disciplinary sanctions and/or individual criminal liability.”

This seems to me to be a clear attempt by the head of the FDA to intimidate potential whistle-blowers into silence and inaction. The FDA, by the way, has the subheading “Protecting and Promoting Your Health.” Is that how it proposes to achieve this—through corruption, wrongdoing, and intimidation?

Dr. John Briffa is a London-based physician and health writer with an interest in nutrition and natural medicine. His Web site is drbriffa.com