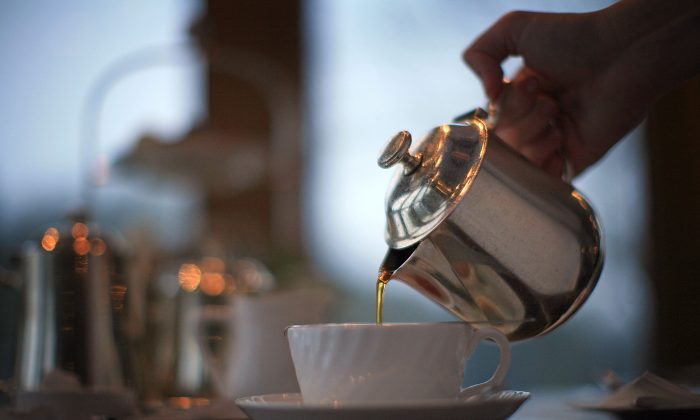 When Tea Is No Longer a Healthier Beverage

Tea has been promoted as a healthy beverage for decades, with green tea leading the way with legions of articles promoting its antioxidant content and other health promoting factors.

Although tea certainly does have benefits related to people’s health, there are also some nuances to understand about commonly drank teas, in order to avoid the negative consequences that can come with many of them.

Coffee is mostly cited for its high caffeine content, which ranges in the 95-200 mg range for an 8 oz brewed cup. However, green and black teas also have decent caffeine content, coming in at 24-45 mg and 14-70 mg respectively.

Repeated exposure to caffeine can be hard on the adrenals and eventually create fatigue, anxiety, mood swings, sleep disturbance, irritability, and depression.

Oxalates are a plant poison found in the roots, leaves, and stems of some plants. They are like tiny shards of glass with pointy edges and can cause harm to anyone who has a compromised digestive system or autoimmune disorder. People with a systemic Candida infection should avoid foods high in oxalates, as well as those with leaky gut, kidney stones, fibromyalgia, COPD, asthma, cystic fibrosis, Hashimoto’s disease, and hypothyroidism.

Unfortunately, black tea is known to be very high in oxalates so could cause further harm to individuals with the above conditions.

Tea plants readily absorb fluoride from the soil. As a result, many tea drinks contain high levels of fluoride. In the U.S., brewed black tea contains about 3 to 4 parts ppm fluoride, and excessive consumption could create fluoride toxicity.

Dr. Michael Whyte has authored several studies documenting skeletal fluorosis in the U.S. among heavy tea drinkers, and cautions that “many” tea drinkers are receiving fluoride doses that put them at risk of skeletal fluorosis. Many of these tea drinkers who developed this condition had been misdiagnosed for years as suffering from arthritis and/or fibromyalgia.

To minimize the risk of consuming too much fluoride, drink tea drinks containing “white tea”, which are made from young leaves (which provides more antioxidants and has less fluoride), or switch to yerba matte, a South American tea found to have minimal levels of fluoride.

Pesticides and Other Harmful Ingredients

Since most tea is not washed before it is put in bags, if a tea is sprayed with pesticides, those cancer causing chemicals go right in the cup. Tea brands that have been claimed to have toxic pesticides include Celestial Seasonings, Tetley, Bigelow, Might Leaf, Teavanna, and Davids Tea.

In addition to these toxins, many teas also contain questionable ingredients like “natural flavors”, as well as corn starch and soy lecithin (both likely to be GMO). If that’s not enough, many tea bags contain toxic plastics and are also treated with carcinogenic compounds.

If you’re now discouraged about your tea intake, there is hope. If you are looking to avoid pesticides and other harmful ingredients, teas that turn up clean include Numi, Traditional Medicinals, and Rishi.
If you want to avoid those harmful contaminants, as well as fluoride, oxalates, and caffeine, choose one of these 10 delicious herbal teas.

9 Tips for Making the Best Cup of Tea Ever