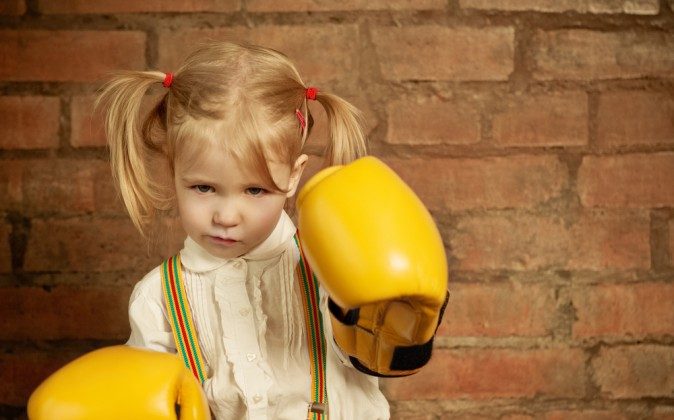 When Parents Argue, Kids Fight to Stay in Control

When children repeatedly see their parents be verbally or physically aggressive with each other, they may find it a struggle to stay in control of their emotions.

“Arguing and fighting is psychologically stressful for the adults caught in conflict; this study demonstrates the costs of that conflict for children in the household as well.”

Research has demonstrated that exposure to conflict and violence in the home can shape children’s neurobiological, cognitive, and behavioral responses.

Increased hypervigilance may support children’s safety in the short term, but can be detrimental for their long-term emotional adjustment. For instance, children who hear or witness their parents fighting may have trouble regulating their emotions in less risky situations, such as a classroom.

While earlier research established a link between parental conflict at a single point in time and children’s adjustment later in life, Raver and her colleagues saw a need to explore how children may be adversely affected by prolonged exposure to this aggression.

The findings, which appear in the journal Development and Psychopathology, also suggest that household chaos and prolonged periods of poverty during early childhood may take a substantial toll on the emotional adjustment of young children.

“We also were interested in other forms of adversity in the children’s environment, including poverty and household chaos, that could affect their emotional adjustment, since few studies have considered multiple factors,” says study author Clancy Blair, professor of applied psychology.

Researchers measured children’s exposure to several forms of adversity, and how they predicted their ability to recognize and regulate negative emotions, such as fear and sadness. The researchers followed 1,025 children and their families living in eastern North Carolina and central Pennsylvania, two geographical areas with high poverty rates.

The researchers evaluated the families in a series of home visits from the time a child was two months old through 58 months of age. They gathered data through parent questionnaires, administering tasks to the parents and children, and measuring the level of household chaos—including the number of times children moved, changes in caregiver, noise levels, cleanliness, and the number of people compared to the number of rooms—versus stability. At approximately 58 months of age, the researchers assessed the children’s ability to correctly recognize and identify emotions.

Verbal and physical aggression between parents from infancy through early childhood significantly predicted children’s ability to accurately identify emotions at 58 months of age.

Prolonged exposure to aggression between parents was also linked to children’s ability to regulate their own feelings of sadness, withdrawal, and fear, placing them at greater risk for symptoms of anxiety and depression later.

“This study shines a bright light on the importance of supporting parents as they navigate the ups and downs of partnership or marriage,” says Raver. “Parents need help regulating their own feelings of anger, frustration, and worry when balancing the demands of work, family, and romantic partnership, especially when money is tight.”