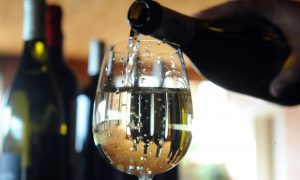 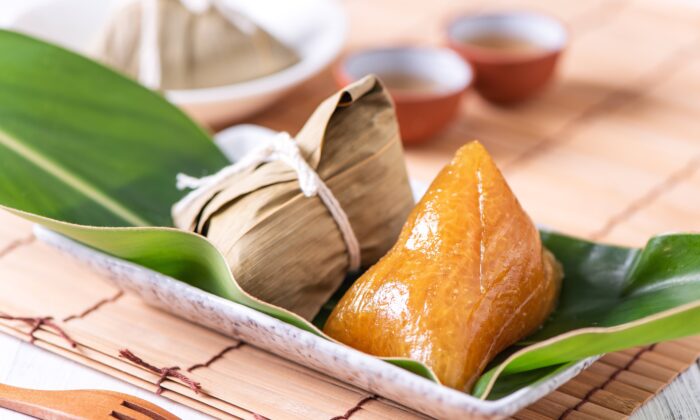 Chinese sticky rice dumplings, or zongzi, often include twice-cooked ingredients and are an example of a warming food. (Romix Image/Shutterstock)
Mind & Body

When Food Is Medicine

I’m thankful that my pickiness is in the past, because as an acupuncturist and practitioner of Chinese medicine, food plays a huge role in the healing process. In the Eastern tradition, it’s believed that food is medicine that you get to eat three times a day. In addition, if you’re sick, it is believed that you should first try to heal yourself by eating the right foods, and only if that fails, should you turn to acupuncture and herbs.

Chinese food therapy is considered a healing modality unto itself. Used alongside acupuncture, herbal therapy, and Asian bodywork, food therapy is based on a number of principles that align with Chinese medicine. In fact, the properties of foods, while not as strong, are similar to the properties of herbs. Here are some things to know about healing with food in Chinese medicine:

Foods have an inherent temperature.

This is not about your food being served piping hot, but rather about whether it warms you up or cools you off after you have eaten it. Foods can be hot, warm, neutral, cool, or cold. For example, ginger, scallions, or cinnamon are considered to be warming foods. In contrast, mint, mung bean sprouts, and melons will cool you off.

How you cook your food affects its thermal qualities.

In general, the longer you cook a food, the more warming it is to your body. For example, potatoes that have been roasted in the oven for 45 minutes are energetically warmer than those that have been boiled for ten. Raw foods are considered to be the most cooling, which is why people tend to eat lots of fresh, raw vegetables in the summer and prefer warmer, roasted foods in the colder months.

In general, how long a food has taken to grow affects its temperature.

So a squash that has taken most of the summer and fall to ripen is more warming than tomatoes or cucumbers that ripen quickly and are ready to eat during the height of the summer.

Foods also have inherent actions on your body.

Some foods are good for building up your energy or strengthening your blood, other foods are used if you’re retaining water, and others are used to enhance your digestion. For instance, if you are retaining water, adding celery would be a good choice. However if you have been sick and have a dry raspy cough, you would be better off eating apples and pears for their ability to moisten your lungs without building up phlegm.

Digestion is a huge component of Chinese food therapy.

Simply put, you need good digestion to get the most energy and nutrients from your food. If you are having any kind of symptoms, from heartburn to gas, bloating, stomachaches, or bowel problems, then your digestion needs a little help. In the world of food therapy, good digestion is the foundation for everything else that follows.

When it comes to what’s best to eat, all people are not created equal. Each of us has different health needs and derive different benefits from foods. This has been backed up recently by Western researchers, who have found that eating the same food affected the insulin levels of study subjects differently. In addition, the stated calories for a food is just a guess, based on your digestion and metabolism. Practitioners of Chinese medicine have long known that each of us has unique dietary needs, and thankfully Western medicine is finally catching up.

The bottom line is that what you eat matters. For me, the road has been long from being a formerly picky eater to enjoying meals that feature spinach and spring lettuce, zucchini, Swiss chard, and a variety of fruit. It’s involved acquiring a taste for new foods and being open to cooking differently. I also keep in mind that food is a building block to good health, and what I eat directly affects how I feel.