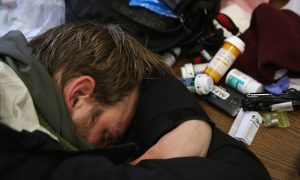 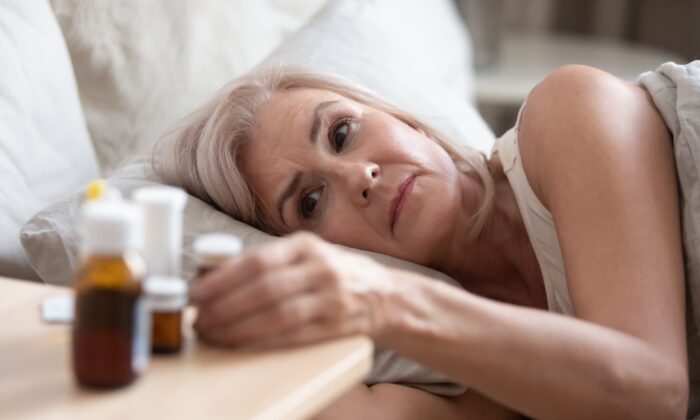 A side effect is usually mild and not unexpected, like an upset stomach. An adverse reaction is unexpected and significant, such as kidney failure. (fizkes/Shutterstock)
Mind & Body

J.T. is a 66-year-old man with heart disease who requires blood thinners to reduce the chance of having another stroke. The last stroke was luckily a mild one, but he was found to have significant plaque buildup in his cardiac vessels.

J.T. is a very bright, successful, hard-working man and wants to stay as healthy as possible. The ads he kept seeing and articles he read said omega-3 fatty acids were a great way to help reduce the bad cholesterol and minimize plaque in his arteries. If one pill was good, then three would be better, or so he thought.

Several weeks later, he showed up in the emergency room with stomach pains and vomiting blood. His blood-clotting time was found to be too long and he has a peptic ulcer. The doctors were at first baffled, but soon realized that J.T. was taking 3 grams of the omega fatty acids, instead of 1 gram. When taken with blood thinners, this can have a bad result, and in his case, he did.

In 2020, pharmaceutical companies spent $6.58 billion on direct-to-consumer (DTC) advertising. The Centers for Medicare and Medicaid Services estimate that prescription drug expenditures in the United States was $335 billion in 2018, and that was only for retail drugs.

J.T. had an all-too-common occurrence of drug-to-drug interaction. This doesn’t just occur with prescription drugs, but also with over-the-counter drugs, including herbal medications.

There are three basic interactions when taking medications. They are drug-to-drug, drug-with-foods, and drugs-with-disease conditions. There is one study in the United Kingdom that says 6.5 percent of all hospitalizations were due to drug interactions. In the United States, the Centers for Disease Control and Prevention (CDC) says, “Adverse drug events cause approximately 1.3 million emergency department visits each year.” Interestingly, 40 percent of Americans over 65 take five or more drugs. This phenomenon is found quite often in nursing homes as well.

We are bombarded with daily commercials about the benefits of certain drugs. We may see an actor who praises a particular medication for a particular illness, from which he or she seems to be miraculously cured, simply by taking this medication.

The actor says that you should ask your doctor to prescribe it.

Never mind that it might cause all sorts of side effects, and that’s not including drug interactions with any other medications that you may already be on. Adverse drug reactions (ADR) are fairly common and aren’t the same as side effects. A side effect is usually mild and not unexpected, such as an upset stomach or dry mouth. An adverse reaction is unintended and more significant, such as bleeding, a drop in one’s blood pressure, dizziness, or renal failure. Many ADRs are preventable depending on the cause.

L.Z. is a 68-year-old woman who is on hormone replacement therapy. She was prescribed estrogen and progesterone. This was working quite well, but then she started having some vaginal bleeding. Bleeding in menopause isn’t normal and needs to be evaluated. She had stopped taking the progesterone because it gave her an upset stomach, but continued with the estrogen.

In this instance, it was the opposite of a drug-to-drug interaction. She had to take progesterone to protect her uterus from the estrogen. Sometimes, we combine medications for a reason.

Drugs and their interactions can become confusing quickly and we often don’t have a clear answer for why certain problems emerge. One solution is relatively simple, but will take time and energy on your part, the part of the doctor, and the pharmacist.

That solution is to research and understand your condition, drugs, and other therapeutics you may be inclined to try.

This is the one place I don’t have a problem with Dr. Google. If it’s from a reputable medical site, then go for it. IBM is actually working on Dr. Watson (a medical AI) to provide such medical information. Be sure you have a complete list of all medications you are taking. Your local pharmacist should be willing to review everything you are on. Most good pharmacists know more about these possible drug-to-drug interactions than your doctor. Some of the medications you are on may have been prescribed by another doctor in another specialty of which your physician isn’t familiar. You have to be aware of everything you are taking and the possible adverse interactions with those medications.

I am a huge advocate for geriatric medicine. This is a relatively new area of medicine that specializes in the aging adult. Most of us, as we get older, have multiple medical conditions which need coordination of care. We take multiple medications which can have adverse drug-to-drug reactions. Most of these reactions can be avoided if we take the time to analyze what we put in our bodies. These geriatric medicine physicians will work with your general practitioner, internist, or they can be your primary care physician. For the rest of us, just don’t believe everything you see on TV about a new drug or supplement. Too much of a good thing can be bad.

Now, if you take two aspirins, make sure you don’t also take four Motrins and eight magnesium tablets for that headache. You may find yourself sitting on the toilet too busy to call me in the morning.

Peter Weiss
MD
Follow
Dr. Peter Weiss has been a frequent guest on local and national TV, newspapers, and radio. He was an assistant clinical professor of OB/GYN at the David Geffen School of Medicine at UCLA for 30 years, stepping down so he could provide his clinical services to those in need when the COVID pandemic hit. He was also a national health care adviser for Sen. John McCain’s 2008 presidential campaign.
TOP NEWS