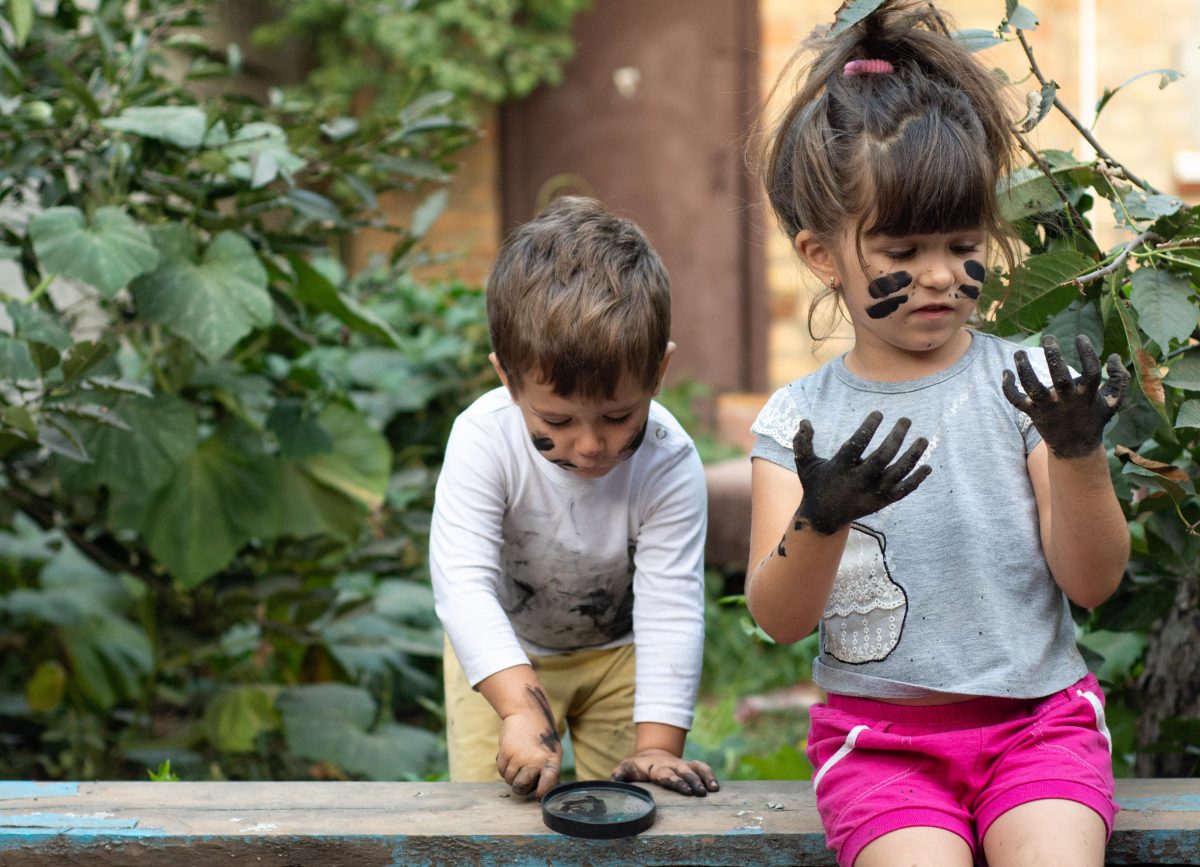 Let you kids go outside and get dirty. It can help train their immune system in important ways. (Yuliia D/Shutterstock)
Health

What’s the Scoop on Kids and Dirt?

Kids need enough 'dirt' to build immunity, but not so much they get ill
BY Cosby Stone TIMEAugust 15, 2019 PRINT

Whenever I am asked what I do for a living, the phrase “I’m an allergist” is almost immediately followed by “So, where are all of these allergies coming from?”

Maybe I’ll get sick of that question some day, but I haven’t yet. As a clinician and researcher on allergies and public health, I first explain that when a society begins to become aware of a disease, the reported prevalence will go up. This is understandable. People who have medically unexplained symptoms wonder, “Could I have this allergy that’s being talked about?” and try on the diagnosis. Sometimes an allergy really is at the root of their problems, and sometimes it’s not.

For example, at least 50 percent of patient-reported food allergies are only presumed. They have not been evaluated thoroughly enough to know for sure whether the patient is allergic. Research also demonstrates that, in many cases, we presume wrongly. The symptoms fit better with intolerance than an allergy, or the events were coincidental.

Many people next ask whether allergies are genetic, but allergies in one’s family appear to explain only 10 to 40 percent of a person’s increased risk for allergies. Allergic diseases are also increasing at rates that are inconsistent with genetic diseases.

More interesting is that there appear to have been different waves in which allergies appeared in historical records. Hay fever (environmental allergies) first appeared in the 1800s, followed by more recent increases in asthma and food allergy.

What’s Changed, and What’s Dirt Got to Do With It?

So if genetics don’t fully explain the rise in rates of allergy, what does? Some of the most consistent risk factors for allergic diseases include overuse of antibiotics; acute viral respiratory infections in childhood; birth by cesarean section; nutritional disorders; second-hand smoke exposure; pollution; and the environment where you grew up.

To organize these risks into categories, two conceptual hypotheses currently seem to be of value: the barrier hypothesis and the hygiene hypothesis.

Imagine that your immune system is an army behind a castle wall. The castle wall is your skin, your respiratory tract and your gastrointestinal tract. The army is composed of your white blood cells in addition to other cells in the body that can activate these eager soldiers to defend you.

The central tenet of the barrier hypothesis is that when our skin, respiratory tract, and gastrointestinal tract are chronically injured, your castle wall is broken down. The soldiers of the immune system are activated to aggressive defense, yet allergens can penetrate, and people can begin to experience allergic inflammation in those areas. This has been most clearly demonstrated with the allergic skin disease known as eczema.

Research has also shown that activities in these barrier sites can affect the immune response and profile of a person, especially in childhood. Many risk factors for allergic diseases, such as viral infections, nutritional disorders, smoke exposure, and pollution, affect the health of our barriers. Studies have indicated that up to 50 percent of childhood eczema, a barrier disease, can be prevented simply by applying protective emollients like petroleum jelly to protect babies’ skin when we bathe them.

The Role of Hygiene in Allergy

The central tenet of the hygiene hypothesis is that we have gone a bit too far and inadvertently killed off our good bacteria along with the bad. As our society progressed from one that was chronically burdened with infectious diseases caused by poor sanitation, the thinking goes, we reduced our exposures to the things that gave our immune system appropriate training and tolerance. Historically, our totally rational fear of dying from a cholera epidemic led to sewage and water management but may have kicked off the allergy epidemic.

Our overuse of antibiotics and C-sections affect the set of organisms called the microbiome that an infant is exposed to—and develops—growing up. Both have been shown to increase the risk of childhood allergic diseases.

Growing up in a rural area exposed to farm animals appears to confer a decreased risk of allergies and asthma for your entire lifetime, even among genetically similar populations. Studies in mice have shown that inhaling certain molecules from soil-dwelling bacteria can set off a beneficial cascade promoting an immune system that focuses more on threats rather than nonthreats, such as allergens.

The data currently paints a picture that we might prevent allergies in the future by protecting our barriers and introducing the right tolerizing exposures at the right time, such as the early introduction of peanuts. However, I can’t currently tell you how much dirt or what kinds of bacteria your child needs to safely experience while growing up. It’s too soon for that, but many wonderful scientists around the world are working on these questions, thanks to support from a variety of governments and foundations.

Until then, I will share with you the broad-brush advice that I currently give my friends and patients.

Cosby Stone is an instructor in allergy/immunology at Vanderbilt University Medical Center in Nashville, Tenn. This article was first published on The Conversation.