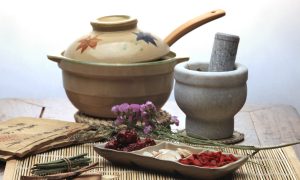 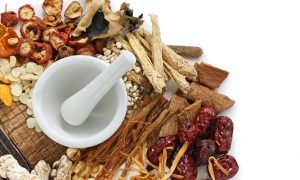 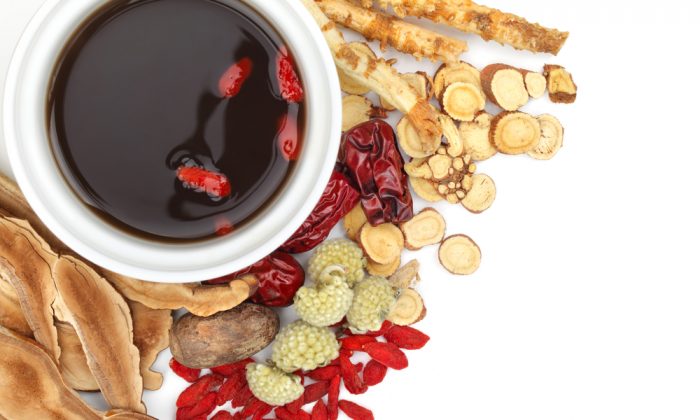 Herbal remedies have been used in China for millennia, many of the ones shown here are used the the popular drink, Eight Treasures. (Shutterstock.com*)
Health News

What’s in Your Herbal Medicines?

Many people take herbal medicines, including traditional Chinese medicine (TCM) thinking they are doing something positive for their health. Ironically, in many cases they may be doing just the opposite.

Have you ever wondered what is actually in the herbal medicine products you buy? Has the herb on the label been replaced with another herb? Have pharmaceuticals been snuck in?

Most herbal medicines have removed all trace of structure we would normally use to identify plants.

Most herbal medicines are pills or powders that have removed all trace of structure we would normally use to identify plants, and many plants have no chemical signature that is able to definitively identify them. And what about all the other possible contaminants and adulterants that could hide in the complex brew of chemicals from herbal medicines?

Our research, which has just been published in the journal Nature Scientific Reports, goes a long way to answering that.

For the first time, our group of researchers from Curtin University, Murdoch University and the University of Adelaide have combined some of the most cutting-edge and sensitive analytical techniques to screen a set of traditional Chinese medicines available in Australia.

We used a three-pronged approach, combining DNA sequencing, toxicology and heavy metal testing to elucidate the true composition of 26 TCMs purchased at random from the Adelaide Markets; most were either for colds and flu’s or for general wellness.

What Did We Find?

Nearly nine in ten of these medicines had some form of undeclared substance in them as either adulteration or contamination. Sixteen of TCM’s had more than one contaminant or adulterant.

While around half of these medicines were not listed with the Therapeutic Goods Administration (TGA), and should not have been available for purchase, contaminants were found in both TGA-listed and non-listed medicines. These adulterants/contaminants included pharmaceuticals and toxic heavy metals.

Plant and/or animal DNA from species not listed on the labels were also found. The most concerning finding was snow leopard DNA (snow leopards are an endangered species), which was detected in one medicine. DNA from pit viper, frog, rat, cat and dog was also detected in several medicines.

Significant levels of toxic heavy metals such as arsenic, cadmium and lead were found in over half the medicines.

Among the pharmaceuticals found were paracetamol, antihistamines, anti-inflammatories and antibiotics, and stimulants such as pseudoephedrine. Of particular concern were drugs such as warfarin, which have significant potential for harm if not taken under medical supervision, and ephedrine, which is banned in Australia.

Significant levels of toxic heavy metals such as arsenic, cadmium and lead were found in over half the medicines. In at least four of these medicines following the directions on the label would expose you to over ten times the TGA’s regulatory limit for heavy metals in medicines.

Whether a compound is a result of deliberate adulteration or contamination has different regulatory implications. It can mean the difference between banning a substance or cleaning up the workplace.

It can be tricky to decide which is which. In TCM materials, for instance, heavy metals or toad venom may be added as part of the treatment. However, by looking at the patterns of materials we found, we can get some hints.

In another, ephedrine was found without any evidence of DNA from plants of the Ephedra genus, suggesting that in both cases the drug was deliberately added.

Intriguingly, high levels of arsenic were often found with similar levels of lead. Lead arsenate has been used as a pesticide, and the high levels may come from persistently contaminated soils.

What this means is that you should be very careful about choosing and purchasing TCMs. Definitely avoid any medicine that does not have an ARTG listing (it should have a number like AUST L 123456 on the front of the bottle). But even medicines with these AUST L labels are no guarantee of safety.

This also highlights the importance of informing your health practitioner if you are taking TCMs as adulterants might interact with conventional medication to cause adverse effects.

What Are the Regulatory Implications?

TGA-regulated medicines can be approved as either “registered” or “listed”. Most herbal medicines are classified as “listed”. Unlike registered medicines such as paracetamol and warfarin, the evidence required for approval is much less stringent.

In many ways it is an honour system, where the herbal medicines sponsor says there’s no evidence of harm, and they hold documentation that shows this. Mostly, the evidence is historical, claiming that people have been using it for generations without evidence of harm. As well, if the compounds are on the TGA’s list of “generally recognised are safe” materials extensive safety testing is not required.

The TGA uses post marketing follow-up to check for compliance with the “listed” medicine regulations. This follow-up consists of random surveys as well as targeted surveys from concerns raised by consumers.

In Australia, nearly 2,000 new herbal medicines are registered each year. In a TGA survey in 2012-2013, 145 complementary medicines were tested. Around 83% of complimentary medicines surveyed were deemed to be non-compliant, with 6% failing due to product composition, formulation or manufacturing.

Using a combination of new molecular approaches, our survey found a much higher level of adulteration and contamination in TCMs than found in the TGA’s surveys. Adding DNA ingredient screening to the TGA’s armoury of analytical methods would help ensure that undeclared ingredients are not included in the herbal medicines we consume.

Why You Want to Avoid Magnesium Stearate in Your Vitamin Supplements

The herbal medicine industry is a billion dollar international industry, with products travelling all over the world.

Globally, we need a better auditing “toolkit” to ensure consumers of herbal medicines, as well as people testing their efficacy, are not being misled.

This research, we think, provides a roadmap to more effective regulation of the herbal medicine sector.

* The results of our screening have been passed on to the TGA, which is following this up.

Ian Musgrave, Senior lecturer in Pharmacology. This article was originally published on The Conversation. Read the original article.