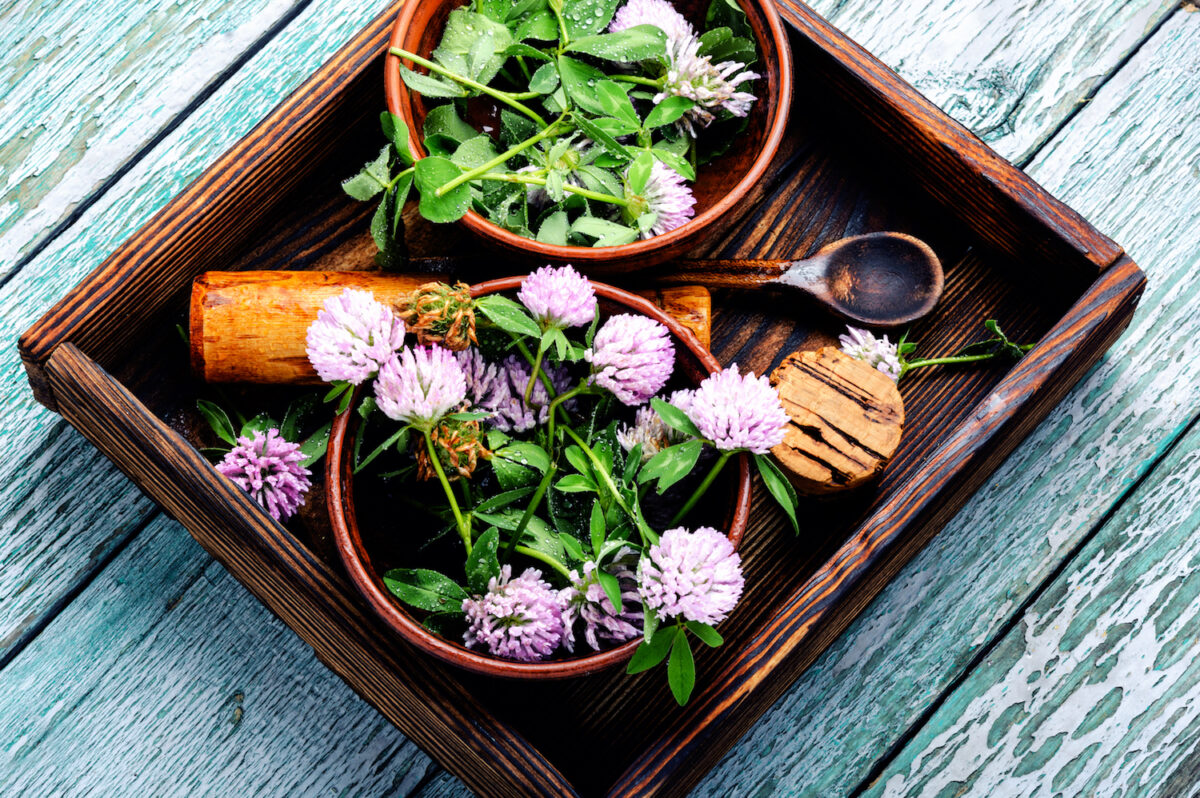 What You Need to Know to Crush the Cold & Flu

Did you know that the science itself on the flu vaccine shows it does virtually nothing to protect you? Here’s why you should look to the evidence and not the media for guidance this cold and flu season…

Though the media and the government keep telling you to get the flu shot, the highly respected Cochrane Collaboration found that “[e]vidence from systematic reviews shows that vaccines have little or no effect on the effects measured” (BMJ 2006;333:912). That means flu vaccines have not helped prevent the flu. A 2014 Cochrane Collaboration evaluation of 116 studies–all the research up to 2013–found that vaccinating adults did not change the number of people hospitalized or the number of lost days of work (Cochrane Database of Syst Rev 2014, Issue 3. Art. No.: CD001269).

That still leaves the constant claim that the flu vaccine protects seniors from serious complications from the flu that can lead to death. But this claim, too, fails to stand up to scientific scrutiny. When subjected to proper analysis, the claimed protection against risk of death in the elderly drops to statistically insignificant levels (Am J Respir Care Med 2008 ;178: 527-533). Another study concluded that increased vaccination is not correlated with decreased mortality among seniors (Arch Intern Med 2005;165:265-272).

The More Often You Get it, the Worse it Works

But, it gets worse. Canadian researchers identified the troubling result that getting the flu vaccine each year diminishes its effectiveness. When they followed 1,939 people, they found that the ones who got the flu vaccine in the 2014-2015 season, but not the year before, had a 53% vaccine effectiveness. However, the people who got it that season and also the season before had their effectiveness rate drop significantly to -32%. If they got it that year and the two years before, the effectiveness dropped to -54%. The researchers concluded that there is a negative effect of repeated vaccination (Clin Infect Dis 2016;63(1):21-32).

No Benefit During Pregnancy for You or Your Baby

Doctors don’t only recommend the flu shot for seniors, they also recommend that pregnant women get inactivated flu vaccines even though there is little research on the safety of that recommendation during the first trimester. An important study set out to see if the recommendation is responsible by studying the effect of getting a flu vaccine that included protection against swine flu (pH1N1) on spontaneous abortions. The results were unexpected and disturbing.

The study compared 485 women who had had spontaneous abortions with those who had not. It found that women who had spontaneous abortions were twice as likely to have had the flu shot 1-28 days before the abortion. For women who were getting the flu shot for the second year in a row, the risk of miscarriage went up by a significant 770%. For women who were not also vaccinated the year before, the increase in risk was a nonsignificant 30% (Vaccine 2017;35(40):5314-22).

But, since there is no reason for the recommendation that pregnant women get the flu vaccine, there is no reason to chance the risk of miscarriage. It is currently recommended that women in the second or third trimester of pregnancy get the flu vaccine. But an analysis of hospital admissions found that women who got vaccinated during pregnancy had the same risk for influenza like illnesses as women who did not get vaccinated. There was also no difference in the risk for outpatient visits. As for the babies, the ones who were born to vaccinated mothers had the same risk of influenza and pneumonia as infants born to unvaccinated mothers. There was also no benefit when it came to outpatient visits. The study concluded that there is no demonstrable benefit to the flu vaccine for pregnant women (Am J Perinatol 2004;21(6):333-9).

No Benefit for Your Children Either

A second study looked at the flu vaccine for infants between 6 and 24 months. It found that the rate of influenza was not significantly different between infants who were vaccinated and infants who were not. They concluded that getting the flu vaccine did not reduce the rate of influenza in infants and children between 6-24 months (Pediatr Int 2004;46(2):122-5.

Cold Medicine: Is the Case Better for Treatment?

So conventional medicine cannot help you prevent a cold. Can it help you treat one?

Nope. When children were given the popular decongestant/antihistamine Dimetapp, they actually did worse than children given a placebo (J Pediatr 1991;118:125-30). And, though taking Aspirin or Tylenol for cold relief is a common practice, they actually make congestion and other symptoms worse (J Infect Dis 1990;162:1277- 82). They also suppress the immune system. What’s even worse is that taking a nonsteroidal anti-inflammatory drug (NSAID) during an acute respiratory infection, like a cold or flu, increases your risk of a heart attack (J Infect Dis 2017;jiw603).

In 2007, an FDA advisory panel said that over-the-counter cough and cold medicines offer no benefit, but considerable risk, for children under six and recommended against their use.

So, the pharmaceutical approach offers nothing for the prevention or treatment of colds.

If you do catch a cold, echinacea helps you get better faster: symptoms improve by day 4 instead of taking twice as long on a placebo (Eur J Clin Res 1997;9:261-8). A double-blind study found that when echinacea is given at the first sign of a cold, the cold lasted an average of 6 days versus 9 days when they were given a placebo (Arzneimittelforsch 2001;51(7):563-8). Echinacea also reduces the symptoms you’ll suffer. One study found echinacea to reduce symptoms by 23.1% (J Clin Pharm Ther 2004;29:75-83). Other studies have also shown that echinacea helps you get rid of your cold faster (Phytother Res 2005;19:689-94).

A systematic review of echinacea looked at 24 double-blind studies. It found that echinacea significantly reduces your chance of catching a cold by 17%. It also had a small beneficial effect on the severity of colds compared to a placebo. The results were mixed in studies of cold duration. The authors said that it is difficult to draw conclusions from reviews like this of echinacea because of the huge variety of forms of echinacea used in the different studies (Cochrane Database of Syst Rev 2014;doi:10.1002/14651858.CD000530.pub3).

An important meta-analysis included 6 high quality, placebo-controlled, long term studies of echinacea on respiratory tract infection recurrence and complication (including pneumonia, bronchitis, ear infection, sinusitis). Echinacea reduced the risk of recurrence by a significant 35%. In people with higher susceptibility due to stress or weakened immunity, the reduction was an even more impressive 50%. Echinacea reduced the risk of complications by 50%, including 64.9% reduction of risk of pneumonia, ear infection and tonsillitis (Adv Ther 2015;32:187-200).

As for Tamiflu, the leading flu drug, a double-blind study that compared a blend of Echinacea purpurea and elderberry found that by day 5, the herbs were already slightly more effective; by day 10, 90.1% of the herb group had recovered versus 84.8% of the drug group. There were less complications and side effects in the herb group (Curr Ther Res 2015;77:66-72).

The most recent evidence for vitamin C comes from a meta-analysis of 9 controlled studies that found that taking extra vitamin C on top of regular supplementation at the onset of a cold shortened the cold by a significant 56% and significantly relieve symptoms, including chest pain, fever and chills (Biomed Res Int 2018 ;2018:1837634).

The most recent meta-analysis also included only studies of zinc acetate lozenges. It included 3 studies of 199 people with colds. The doses ranged from 80-92mg a day of elemental zinc. By the fifth day of the study, 70% of the zinc lozenge group had recovered from their colds compared to only 27% of the placebo group. That’s huge! That means that 2.6 times more people were cured in the zinc lozenge group. People taking zinc lozenges recovered 3.1 times faster. The researchers called this “a clinically important effect.” The zinc lozenges were equally effective regardless of the person’s age, gender or race. It also made no difference if they had allergies or were a smoker. The zinc lozenges also worked just as well on people with severe colds as it did on people whose colds were milder. Zinc lozenges not only beat the cold, they did so safely: there were no serious side effects (Open Forum Infect Dis 2017;4(2):ofx059).

Andrographis also prevents colds. When 107 children took andrographis or a placebo for 3 months during the winter, the ones on the herb had a 2.1 lower risk of catching a cold (Phytomed 1997;4:101-4).

The combination of andrographis and eleuthero has been shown to outperform a placebo in the treatment of colds, sinusitis, laryngitis and bronchitis (Phytomed 2002;9:598-605).

So, what do you really need to know to crush a cold or flu this winter? Science says that conventional medicine has nothing to offer: vaccines don’t protect you from the flu and over-the-counter medications don’t help treat colds and flus. But, science also says that natural medicine has plenty to offer and can significantly help you to prevent and treat a cold or flu.