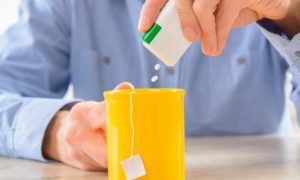 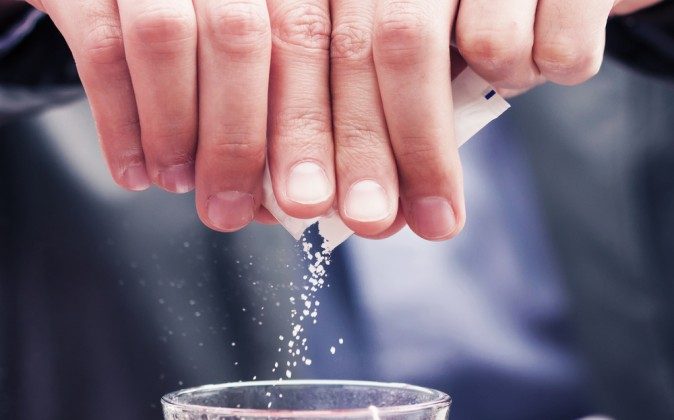 What Is Aspartame? 5 Surprising Facts About This Sweetener

The controversy surrounding one of the world’s most popular artificial sweeteners, aspartame (NutraSweet, Equal), continues some 30 years after the chemical was rammed through the regulatory process by pharmaceutical interests, despite its well-documented dangers. And yet to this very day, many people are still unaware of the chemical sweetener’s sordid history, not to mention what aspartame is actually made from and how it affects the body and brain.

To many, aspartame is just another FDA-approved sugar alternative that has to be safe, otherwise it wouldn’t be on the market. But the truth about aspartame is much more sinister, including how the chemical sweetener gained market approval http://www.fda.gov. And there’s so much more to the aspartame story that you’ve probably never heard before, thanks to government collusion with powerful drug interests.

1) Aspartame is Converted by the Body Into Formaldehyde, a Cancer-Causing Chemical

Composed of three unique compounds, aspartame is a synergistically toxic chemical, meaning the sum of its individual parts is exponentially more toxic than each one by itself. And yet even in isolation, the three main constituents found in aspartame — aspartic acid, phenylalanine, and methanol — are idiosyncratically toxic in their own right.

Free methanol in particular is highly toxic, converting first into formaldehyde and then into formic acid upon consumption. Unlike the methanol found in alcoholic beverages and various fruits and vegetables, the methanol produced by aspartame is not accompanied by ethanol, which acts as a protector against methanol poisoning. By itself, methanol embalms living tissues and damages DNA, and can cause lymphoma, leukemia, and other forms of cancer.

Artificial sweeteners are typically viewed as a safe alternative to sugar, which many people now recognize as a cause of weight gain and metabolic disorders like diabetes when consumed in excess. But a number of scientific studies have found that chemicals like aspartame are perhaps even more damaging, as they promote weight gain in ways unrelated to caloric intake.

A study published in the journal Appetite back in 2013 found that compared to sucrose, a form of sugar, aspartame is actually worse in terms of promoting weight gain. Similar research published in the Yale Journal of Biology and Medicine (YJBM) found that aspartame alters the body’s natural production of hormones, increasing both appetite and sugar cravings.

Believe it or not, aspartame was an accidental discovery made by scientists working on the development of an ulcer drug for G.D. Searle and Company, a pharmaceutical corporation that was later acquired by Monsanto in 1985. When researchers discovered that the chemical had a sweet taste, G.D. Searle presented it to the U.S. Food and Drug Administration for commercial approval.

But the earliest safety studies conducted on the chemical found that it caused grand mal seizures and death in monkeys, findings that were withheld from the FDA. When FDA scientists discovered on their own that aspartame was unsafe, G.D. Searle made a strategic move, waiting for a new FDA commissioner appointed by the late Ronald Reagan to force the chemical through the approval process.

The details of this political transaction are spelled out in the following document posted at the FDA’s own website, but suffice it to say that aspartame was never proven to be safe. It was only through corruption that this artificial sweetener ended up making its way into more than 9,000 consumer products, many of which still contain it today:
http://www.fda.gov

4) Aspartame Is Made From the Feces of Genetically-Modified (GM) E. Coli Bacteria

Another disturbing fact about aspartame is that it is produced from the feces of genetically-modified E. coli bacteria. Similar to the fermentation process, E. coli are modified with special genes that cause them to produce unnaturally high levels of a special enzyme that, as a byproduct, produces the phenylalanine needed for aspartame production.

Aspartame is composed of roughly 40 percent aspartic acid, a free-form amino acid that has the ability to cross the blood-brain barrier. When excess amounts of this compound via aspartame enter the body, brain cells are bombarded with an excess of calcium. The result is neural cell damage and even cell death, which can lead to serious brain damage.

In extreme cases, exposure to aspartic acid, also known as aspartate, can cause neurological conditions like epilepsy and Alzheimer’s disease, and is also implicated in causing diseases like multiple sclerosis (MS) and dementia. Endocrine disorders, or imbalanced or inadequate hormone production, are also linked to so-called “excitotoxin” exposure, or exposure to free-form amino acids like aspartate that overstimulate the brain.