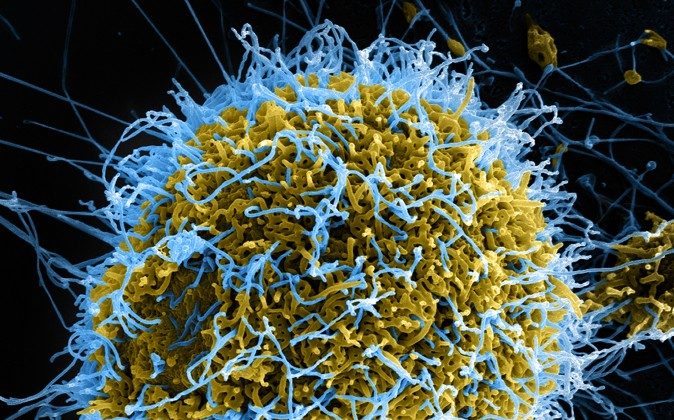 What Happens to Your Body When You Get Ebola?

This morning you woke up feeling a little unwell. You have no appetite, your head is aching, your throat is sore and you think you might be slightly feverish. You don’t know it yet, but Ebola virus has started to attack your immune system, wiping out the T-lymphocyte cells that are crucial to its proper function.

These are the same cells that the AIDS virus (HIV-1) attacks, but Ebola virus kills them far more aggressively. Exactly when and where you caught Ebola virus is unclear, it can take anything between two and 21 days from initial infection to the first symptoms. What is more certain is that you are now infectious yourself. Your family, friends and anyone in close contact with you are all in mortal danger.

The next week or so will determine if you are one of the lucky minority who survive. In the 24 Ebola virus outbreaks prior to the present one, a cumulative total of 1,590 people, two-thirds of all cases, have died.

The current outbreak, which began in the village of Meliandou in eastern Guinea in early December 2013, and which has now spread across Guinea and into the neighbouring countries of Sierra Leone and Liberia, has killed at least 932 people as of August 6.

The west African Ebola epidemic is now the largest outbreak seen since Ebola virus was discovered in 1976. The World Health Organisation issued its first communiqué on the situation on March 23, and since then has been producing regular reports.

Over the next few days your condition deteriorates. Your body aches all over, you have chronic abdominal pain, the fever intensifies and you start to vomit and develop diarrhoea. After anything between a couple of days and a week of misery, you will have reached the crisis point – now the symptoms will either gradually recede or you will progress to the horrors of “cytokine storm”, a convulsion of your ravaged immune system that will plunge you into the terminal phase of Ebola virus disease known as haemorrhagic fever.

Cytokine storm releases a torrent of inflammatory molecules into your circulatory system. Your own immune system, now completely out of control, attacks every organ in your body. Tiny blood vessels burst everywhere and you begin slowly to bleed to death. The whites of your eyes turn red, your vomit and diarrhoea are now charged with blood and large blood blisters develop under your skin. You are now at the peak of infectiousness as Ebola virus particles, ready to find their next victim, pour out of your body along with your blood.

Fortunately, however, it seems you have survived. Rehydration therapy kept you strong in the initial phase and pure luck saved you from haemorrhagic fever. Understanding why some Ebola virus patients avoid the terminal phase is an active area of research, and one possible answer is that those whose T-lymphocytes survive the initial attack of the virus possibly retain sufficiently intact immune systems. Even when you are merely in the first phase of feeling vaguely unwell, it may be possible to determine if you will live or die.

Even though you are feeling much improved, and perhaps even ready to return to work, you will remain infectious for a while. All your bodily fluids will still contain virus. In particular, the virus can be sexually transmitted, especially if you are a man, up to 40 days after recovery.

Epidemiological modelling studies have shown that Ebola virus is about as infectious as influenza or very slightly more so – each infected person will probably infect two to four others. That’s not tremendously infectious compared to some of the super-infectious viruses such as measles or polio, which have corresponding numbers of five to 18, but it is nevertheless enough to sustain a pandemic. The question of why we haven’t seen a worldwide pandemic of Ebola in pre-modern times therefore becomes rather perplexing.

Where Did it Come From?

A briefly popular theory of a few years ago, that the Black Death of the 14th century was caused by Ebola virus, and that the famous mediaeval descriptions of buboes were actually haemorrhagic fever blood blisters, has now been convincingly excluded by DNA analyses that have proved beyond doubt that the Black Death was, after all, bubonic plague as originally thought.

Ebola may well be a purely modern disease and, since Ebola virus made its first known appearance in 1976, a whole generation of African medical workers have been drilled to be alert to the symptoms of haemorrhagic fever. Consequently, the World Health Organisation and its partners have been able to suffocate outbreaks before they spread more generally. However, the latest outbreak is proving rather more recalcitrant than expected and the story is not yet over.

Derek Gatherer does not work for, consult to, own shares in or receive funding from any company or organisation that would benefit from this article, and has no relevant affiliations. This article was originally published on The Conversation. Read the original article.