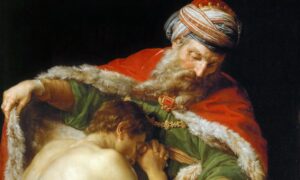 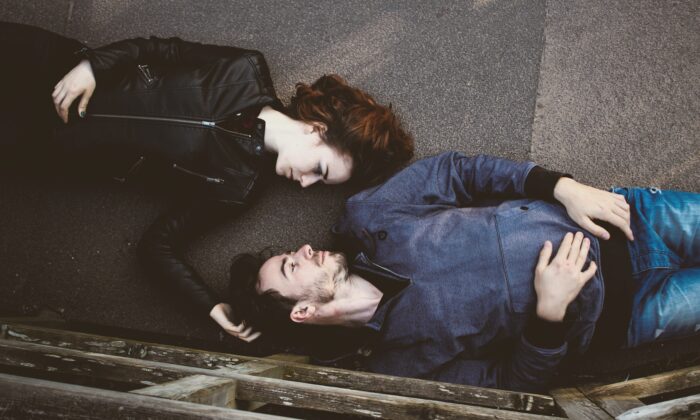 There’s no right way to find or live forgiveness; any path to and version of it will do.(Toa Heftiba/Unsplash)
Mind & Body

What Forgiveness Really Is

When 'letting it go' and 'burying the hatchet' fail, what works?
By Nancy Colier
biggersmaller
Print

We often hear that forgiveness is an act of kindness for ourselves, that if forgiveness benefits the one we are forgiving, that’s an added benefit. And yet one of the obstacles we face in forgiving someone is that we do not wish them well and, in fact, we want them to suffer because of what they did.

The idea that the other person could feel better due to our forgiveness is challenging and precisely what we want to prevent.

We especially believe this when the one we believe hurt us won’t take responsibility for their actions or claim they did nothing wrong.

Not forgiving becomes a way of holding on to our rightness—remaining justified in our version of the truth and maintaining our sense of having been treated unjustly.

Our lack of forgiveness, as we imagine it, continues to prove the other person wrong. This legitimizes our pain. Indeed, it is the validity of our suffering that we are trying—often desperately—to confirm and have confirmed.

We think that forgiving the other person implies we are now OK with what they did, or even that what they did is OK on a grander scale. Our perception is that forgiveness announces that what happened is no longer relevant, significant, or alive.  It’s as if we’re allowing the past to be done, and thus to move out of mind and heart, which can feel intolerable.

Our perception is that forgiveness announces that what happened is no longer relevant, significant, or alive.

Perhaps most troubling, however, is that we believe forgiveness lets the other person “off the hook.” We equate it with absolution—excusing the other from blame, guilt, or responsibility for what they did. We imagine it sets them free from the burden of suffering that we believe they caused.

And so the question follows: What is forgiveness, and what is it not?

Forgiveness is not saying …

The way many of us view forgiveness is flawed. We say “forgive and forget,” but when we forgive, we don’t forget.

Forgetting is not an inherent part of forgiving, nor should it be. Neither is “burying the hatchet.” When we bury the hatchet, the hatchet is still there, just under a bunch of denial. Buried or not, we still need to find peace with what’s happened.

The same holds when we are flippant about forgiveness, encouraging ourselves and others to “just let it go.”  Forgiveness is not a small affair that we can rationalize, intellectualize, manipulate, or bully ourselves into feeling.

Forgiveness is different for every human being that lives it.

For some, it comes on suddenly, blessedly, without having to think about or try to create it.  For others, it’s a more deliberate process that requires effort and practice. And for others, it’s a permanent destination that, once discovered, never slips away.

But it can also be a feeling that ebbs and flows. There’s no right way to find or live forgiveness; any path to and version of it will do. And yet, despite the fact that there are infinite kinds of forgiveness, there are aspects of forgiveness essential to its basic nature.

Forgiveness is, in part, a willingness to drop the narrative on a particular injustice and stop telling ourselves over and over again the story of what this other person did and how we were injured.

It’s a decision to let the past be, to leave it imperfect and not what we wish it had been. Forgiveness means that we stop the “shoulda, coulda, woulda beens” and relinquish the idea that we can create a better past.

Forgiveness also suggests an openness to meeting the current moment with a fresh approach. We are able to be with the other person without our feelings about the past affecting the present. We can respond to what’s happening at the moment and not react through the residue of anger and resentment from the past.

When we forgive, we stop employing the present moment to correct, vindicate, validate, or punish the past. We may forever be changed by the past, but are ready to find what’s possible right now, with our eyes open and our heart available.

When we forgive, we stop employing the present moment to correct, vindicate, validate, or punish the past.

Forgiveness requires us to choose to guide our attention away from the other person, away from what they did or didn’t do, or needed to do.

It takes the focus off of them, off of waiting for and wanting them to be different, and moves it toward ourselves, our own experience, and our heart.

We stop trying to get compassion or acknowledgment out of the other, stop trying to get them to see and know our pain. Forgiveness means that we lose interest in or simply give up the fight to have the other understand what they’ve done, or get that we matter.

We stop struggling to get something back from the other and take on the role of our own caring witness. We offer ourselves the compassion that we’ve tried so hard to get from the other.

True forgiveness means acknowledging that our suffering matters—to us, the one who’s lived it—whether or not the other person ever agrees.

We do all of this with or without the other’s awareness. Forgiveness is an inside job.

Forgiveness, ultimately, is about freedom. When we need someone else to change in order for us to be OK, we are a prisoner shackled to anger and resentment.

We cling to the hope that we might get the empathy we crave, but with our attention focused outward, we bleed out our own power. We never use our capacity for self-compassion. What we want from the one we can’t forgive is, most often, love. Forgiveness is ultimately about choosing to offer ourselves love—and with it, freedom.