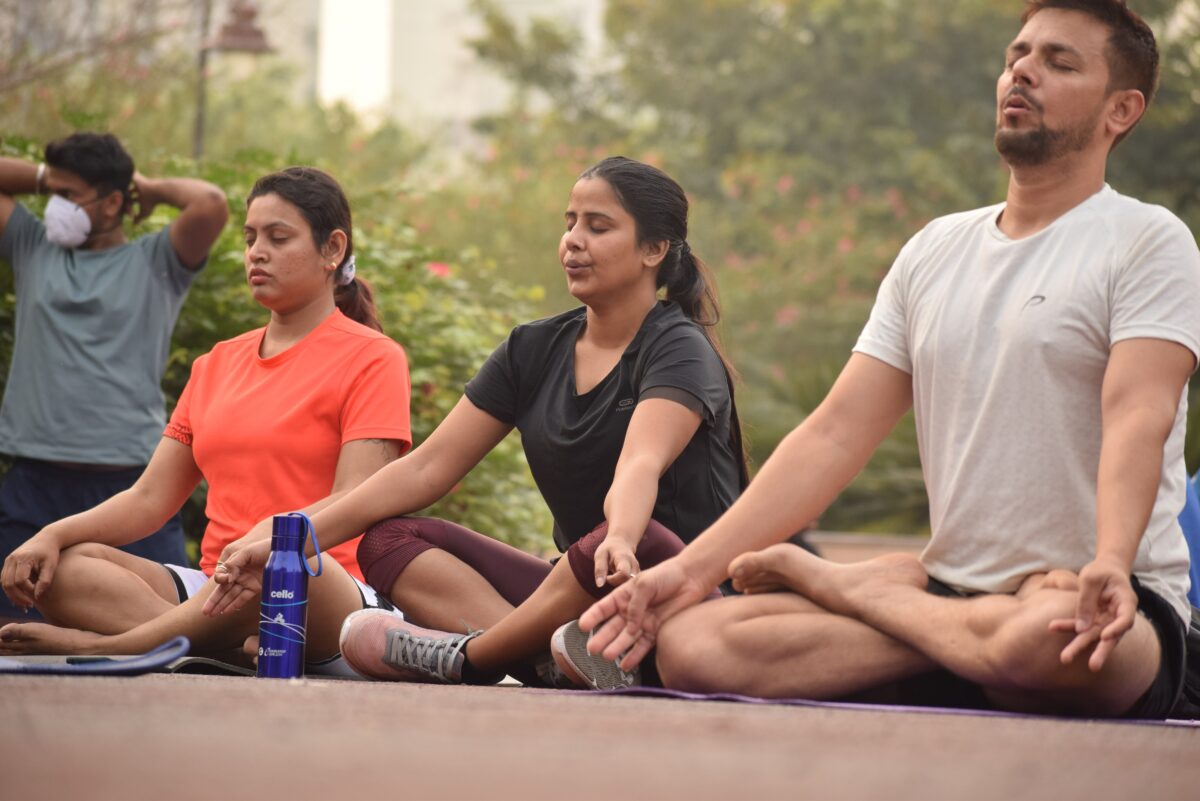 Paying attention to your breathing, can have positive health benefits according to a study. (Prateek Jaiswal/Unsplash)
Meditation

What Focusing on the Breath Does to Your Brain

Slow down and pay attention to your breath. It’s not merely commonsense advice. It also reflects what meditation, yoga, and other stress-reducing therapies teach: that focusing on the timing and pace of our breath can have positive effects on our body and mind. A recent study in the Journal of Neurophysiology may support this, revealing that several brain regions linked to emotion, attention, and body awareness are activated when we pay attention to our breath.

Paced breathing involves consciously inhaling and exhaling according to a set rhythm. For example, you might inhale for four counts, exhale for six, and repeat. Prior research shows that paced breathing exercises can both focus attention and regulate the nervous system. To date, however, we have known little about how this affects brain function in humans.

These findings represent a breakthrough because for years we’ve considered the brain stem to be responsible for the process of breathing. This study found that paced breathing also uses neural networks beyond the brain stem that are tied to emotion, attention, and body awareness. By tapping into these networks using the breath, we gain access to a powerful tool for regulating our responses to stress.

Your Brain on Paced Breathing

In this study, researchers at the Feinstein Institute for Medical Research wanted to better understand how the brain responds to different breathing exercises. They recruited six adults already undergoing intracranial EEG monitoring for epilepsy. (EEG monitoring involves placing electrodes directly onto the brain to record electrical activity and see where seizures originate.) These adults were asked to take part in three breathing exercises while their brains were being monitored.

In the first exercise, participants rested with their eyes open for about eight minutes while breathing normally. They then sped up their breath to a rapid rate for just over two minutes, while breathing through the nose, then slowed back down to regular breathing. They repeated this cycle eight times.

Last, participants completed an attention task while wearing a device that monitored their breathing cycle. In it, they viewed a video screen containing black circles in different fixed locations. They were asked to press one of four keyboard keys as quickly as possible when they saw one of the circles change from black to white.

At the end of the study, researchers looked to see how participants’ breathing rates varied across different tasks and noted whether their brain activity changed depending on which task they were doing. They found that breathing affects brain regions including the cortex and midbrain more widely than previously thought.

Managing Stress: Is It All in the Breath?

When participants breathed rapidly, what the researchers found was increased activity across a network of brain structures, including the amygdala. Activity in the amygdala suggests that quick breathing rates may trigger feelings such as anxiety, anger, or fear. Other studies have shown that we tend to be more attuned to fear when we’re breathing quickly. Conversely, it may be possible to reduce fear and anxiety by slowing down our breath.

The present study also identified a strong connection between participants’ intentional (that is, paced) breathing and activation in the insula. The insula regulates the autonomic nervous system and is linked to body awareness. Prior studies have linked intentional breathing to posterior insular activation, suggesting that paying particular attention to the breath may increase awareness of one’s bodily states—a key skill learned in practices such as yoga and meditation.

Finally, researchers noted that when participants accurately tracked their breath, both the insula and the anterior cingulate cortex, a region of the brain involved in moment-to-moment awareness, were active.

All told, the results of this study support a link between types of breathing (rapid, intentional, and attentional) and activation in brain structures involved in thinking, feeling, and behavior. This raises the possibility that particular breathing strategies may be used as a tool to help people to manage their thoughts, moods, and experiences.