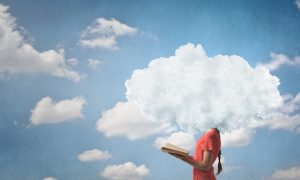 What Does the Way Your Mind Wanders Reveal About You?
0
Share Now
TelegramFacebookTweetEmailTellMeWeReddit
Copy Link 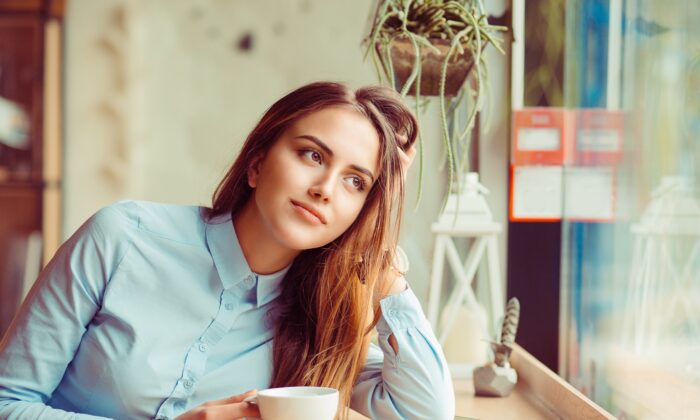 What Daydreaming Does to Your Mind

I’m a big believer in daydreaming now and then—especially when I’m out hiking. There’s something about being in nature that helps me let go of daily cares and allows my mind to wander where it will, which feels great and often jumpstarts my creativity as a writer and musician.

I admit, though, I’ve been troubled by research showing how mind-wandering could make me less productive or even depressed—the last thing I need. But it turns out this gap between personal experience and science may best be explained by how researchers have lumped together different kinds of mind-wandering. Not all research has differentiated between depressive rumination (like replaying an ongoing disagreement with our spouse in our minds) and pleasant daydreaming (letting our minds wander freely).

Now, some newer science is painting a more nuanced picture of what happens to us when we let our minds wander. Though the research is young and growing, it suggests that daydreaming may actually make us happier and more creative—if we do it the right way.

Daydreaming May Be Good for Creativity

Anecdotally, mind-wandering has been associated with creativity for centuries. But this link to creativity may depend on the type of mind-wandering you do, as a new study by the University of Calgary’s Julia Kam and her colleagues suggests.

In this study, researchers used electroencephalogram technology to see what happens in our brains when we are engaged in different types of mind-wandering. To do that, they had people perform a mundane, repetitive task and interrupted them occasionally to see what they were thinking about, while continuously monitoring their brain activity.

Some participants reported thoughts that Kam calls “constrained,” involving things like ruminating over a fight with a spouse or thinking about how to manage a work problem. While these thoughts weren’t related to the task at hand, they were still somewhat focused. Others reported thoughts that were “freely moving”—meaning, they skipped from thing to thing—perhaps daydreaming about a future vacation in Italy, then wondering if they needed a new bathing suit, then fantasizing about an old flame.

When Kam and her colleagues matched people’s thoughts to their concurrent brain activity, they found signature patterns for different types of mind-wandering. In particular, freely moving thoughts were associated with increased alpha waves in the brain’s frontal cortex—a remarkable and novel finding, said Kam.

“What’s really striking about finding this neural marker is that it’s been implicated during studies of creativity,” she said. “When you introduce alpha oscillation in the frontal cortex, people perform better on creative tasks.”

This kind of brain activity maps well on to one particular aspect of creativity—divergent thinking or thinking “outside the box,” she said. When you’re generating ideas, you want to be able to go in many directions and not be constrained, which freely moving thought allows.

Mind-wandering has also been shown to enhance convergent thinking: what happens after you’ve brainstormed ideas and have to pick the best of the bunch, she adds. So, it’s likely that mind-wandering serves a creative purpose.

“If a problem has built up in your mind and you need to find a solution, letting it go into the background for a bit probably helps,” she said. “Mind-wandering facilitates the kind of solution that just comes to you, as in a lightbulb moment.”

This mirrors results from a 2015 study conducted by Claire Zedelius, formerly of the University of California–Santa Barbara. She looked at how mind-wandering affected people’s performance on a creativity test where they had to come up with a novel word (e.g., “food”) that fits with three seemingly unrelated words (e.g., “fish, fast, and spicy”). She found that people who mind-wandered performed better on this task, the answer coming to them in a flash rather than through methodically testing different solutions.

“People don’t even know how they got to the solution—it was just suddenly there,” she said. “Mind-wandering helps with ‘aha’ types of problem-solving.”

In a more recent study, Zedelius looked at the contents of people’s thoughts to see how that related to everyday creativity (outside of a lab setting). Participants, including some creative writers, were prompted via cellphones throughout the day to report on the nature of their thoughts and, at the end of the day, how creative they had been. Findings showed that people’s minds often wandered to fairly mundane things—such as planning for a later shopping trip—and that these thoughts had no effect on creativity.

But when people’s minds wandered in more fantastical ways (playing out implausible fantasies or bizarre, funny scenarios, for example) or in ways that seemed particularly meaningful to them, they tended to have more creative ideas and feel more inspired at the end of the day, too. Interestingly, this was true for both writers and everyday people.

“Writers probably do this for their creative process all the time—thinking through stories, considering ‘what ifs’ or unrealistic or bizarre scenarios,” Zedelius said. “But laypeople will also do this more to be more creative.”

This suggests that the link between mind-wandering and creativity is more complicated than previously thought. It seems to depend on how freely moving your thoughts are, the content of your thoughts, and your ability to be removed from everyday concerns. No doubt, this explains why my daydreaming on a hiking trail has led to song or story ideas that seem to bubble up from nowhere.

Mind-Wandering Can Help Boost Our Mood

Prior research suggests a wandering mind is an unhappy mind: We tend to be less happy when we’re not focused on what we’re doing. And that’s likely true, if you tend to rehash past mistakes or replay social flubs when your mind wanders, or if your mind-wandering keeps you from fulfilling your goals.

Again, the content of wandering thoughts makes a big difference. For example, as one 2013 study showed, when people found their wandering thoughts more interesting, their moods actually improved while mind-wandering. Similarly, other studies have found that thinking about people you love or thinking more about your potential future than about what happened in the past produces positive results.

How you use mind-wandering may also be important. In some cases, people intentionally mind-wander—something that has been mostly unexplored in the research, but likely has distinct effects. As one 2017 study found, people who use daydreaming for self-reflection typically have more pleasant thoughts than people who simply ruminate on unpleasant experiences.

Now, findings from a 2021 study suggest that mind-wandering that is more freely moving can actually improve your mood.

In this study, participants were prompted randomly via cellphone over three days to report how they were feeling (positive versus negative) and how much their thoughts were freely moving and related to what they were doing (or not).

After analyzing the data, the researchers found that when people’s thoughts were off-task, they generally felt more negative—similar to what earlier findings showed. But if their thoughts were free-moving, it had the opposite effect, helping people feel happier.

“Our findings suggest there might be positive aspects of mind-wandering,” the researchers conclude.

Again, I find that science supports my own experience. If I simply put myself in a space that lets my mind move freely, I don’t get depressed. On the contrary, I’m happier because of it.

Can We Be Better Mind-Wanderers?

While the research on this is still young, it does indicate there may be a right and a wrong way to mind-wander.

Kam warns that mind-wandering when you need to be focused on a task (or risk hurting yourself or others—like if you’re driving or doing surgery) could be problematic. But, she said, if you let your mind wander when you’re doing mundane tasks that don’t require focus—such as knitting or shelling peas–it may help you feel better or come up with creative ideas.

“The context and the content of your mind-wandering is actually really important. It plays a role in whether you get a good outcome or a not-so-good one,” she said.

Though many of us have a default mode that takes our mind to dark places when we aren’t busily engaged, that doesn’t mean we have to stay stuck there. If we can divert our thoughts from those darker places, we’ll likely get more out of mind-wandering.

Kam thinks practicing mindfulness could help with that, as long as it increases awareness of our thoughts and alerts us when we’ve strayed into problematic thinking, which could then help us redirect our mind-wandering.

“Just having more control over when mind-wandering happens and the kind of thoughts that you have would be very useful,” she said.

Zedelius also said awareness matters. As many study participants told her, they had never paid much attention to where their minds went before being in her study, but found the process eye-opening.

“They would say, ‘I’ve become aware of patterns in my thoughts that I never noticed before—what I get drawn to,’” she said. “It makes me wonder if the repeated probing we do in our experiments could not just be used as a measure, but as a type of intervention, to see if awareness changes over time.”

Of course, even though daydreaming may be good for us, it gets a pretty bad rap in American culture. Americans tend to pride themselves on their strong work ethic—often translated as working hard for long hours with complete focus.

But people aren’t built to be “on” all of the time. Taking a mind-wandering break might be good, not just for our creativity and happiness, but also for our productivity, especially if we are in jobs requiring focused attention that is draining to maintain. And, as long as it’s employed during times when complete focus isn’t required, it may improve our well-being without hampering performance.

We shouldn’t need an excuse to mind-wander, given that it’s part of our human inheritance. Besides, we’ve hardly begun to recognize what it can do for us, Zedelius said.

“My hope is that people will explore the limits of mind-wandering a bit more and try to mind-wander in a way that is bigger, more fantastical, more personally meaningful, and further into the future,” she said. “If people just really allowed themselves to playfully use this tool, they might be able to focus on creative solutions to big problems.”

Jill Suttie, Psy.D., is Greater Good’s former book review editor and now serves as a staff writer and contributing editor for the magazine. This article was originally published by the Greater Good online magazine.