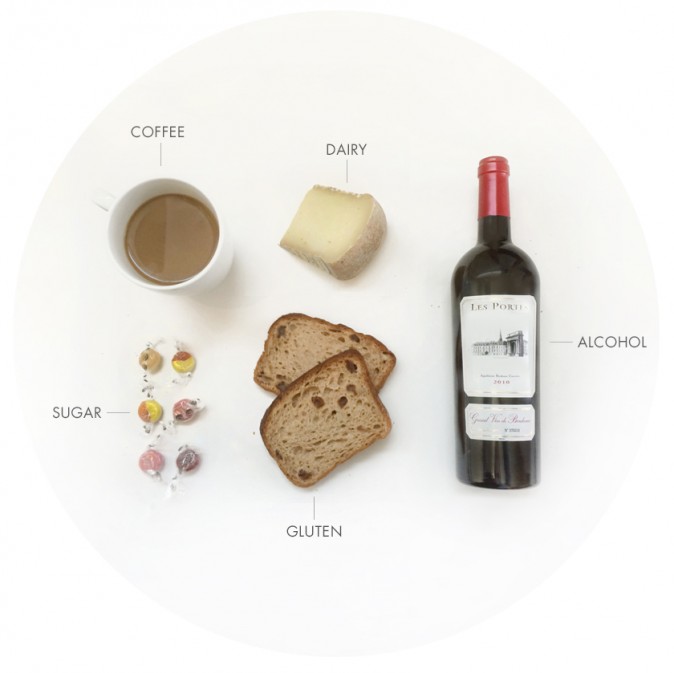 What Are Your Toxic Triggers?

A patient recently asked me:

“I eat mostly clean but I still don’t feel great. What is going on?”

We know that there are so many reasons that a person may not feel great. Sometimes it’s a physical reason, sometimes it’s a psychological or spiritual reason, and most of the time it’s a combination of all three.

Today, I want to address one of the most common reasons I see that might be keeping you from feeling your best: Toxic triggers.

What Are “Toxic Triggers”?

“Toxic triggers” are foods that cause indigestion, inflammation, bloating, fatigue, and, if consumed over long periods of time, minor ailments, full-blown diseases, and major health challenges. Toxic triggers are one of the major reasons why we are sicker, fatter, and unhealthier than ever before.

We call these foods “triggers” because they trigger some kind of negative reaction in the body. For example, gluten may trigger digestive issues or autoimmune reactions in certain people. while dairy products may create mucus, fatigue, and skin issues.

For those of you who have completed the Clean Cleanse, I’ve formulated it to remove most of the major toxic triggers. This is the primary reason why people feel good on the program. The nutrient-dense shakes and cleanse supplements play an important part, but the removal of the most common toxic triggers allows the immune and digestive systems to “relax” and gives the body a chance to rejuvenate.

Think of toxic triggers as little tacks, like the ones we use to pin up posters and calendars.

Now imagine one day you left a few tacks in your back pocket and forgot they were there. You go about your day and eventually sit down to get some work done. Immediately you feel a sharp pain in your rear end.

What would you do?

Naturally you’d stand up and remove the tacks.

But what if instead of getting up and removing the tacks you continued to sit on them in spite of the pain? And when the pain got much worse you simply took a painkiller to deal with it.

That sounds crazy, doesn’t it?

And yet that’s exactly what is happening today.

The only difference is that we’re not sitting on our toxic triggers—we’re eating them.

And we’re trying all sorts of pills, procedures, and roundabout fixes to deal with the symptoms that toxic triggers are creating, instead of dealing with the root cause.

If you want to thrive, you have to remove the tacks.

Toxic triggers may be preventing your body from functioning properly. When you remove them, you remove the irritation they cause and stop the survival mechanisms your body puts into motion to deal with them.

Here’s the important point: Even if you are eating in a healthy way, you still could be having health issues because your diet includes one or a few toxic triggers you may not know about.

The Five Most Common Toxic Triggers

It has been estimated that 30 to 90 percent of the population in the United States is intolerant to one or more foods. And, food intolerance appears to be increasing. How many people do you know who say, “I used to be able to eat that food, but not anymore!”

After working with thousands of clients and reviewing much of the research literature, these five items keep returning as potential problems. I don’t think there is anything inherently “bad” about these items. But they are ones that tend to cause problems for enough people to warrant our attention.

Gluten. Gluten is found in wheat, barley, and rye and used in breads, pasta, and cakes. It has been associated with almost an endless list of health problems from digestive and skin issues, to brain fog and autoimmune conditions.

People with celiac disease are told to avoid gluten completely in their diet. There is another condition, called Non-Celiac Gluten Sensitivity (NCGS), in which people do not have celiac disease, but their gastrointestinal or other symptoms seem to be controlled or reduced by not having gluten.

Dairy. Dairy intake is mostly commonly associated with allergies, skin issues (e.g. acne), fatigue, and mucous creation in the body. Many people think that they need to drink milk or have dairy products to get calcium; however, more and more research is indicating that this may not be the case. We can get calcium from plant and other sources.

Processed Sugar. A little bit here and there is most likely not a problem but a lot probably is. It’s difficult to know how much sugar people are getting today. There is so much sugar in processed foods, everything from ketchup to ready-to-eat cereals to salad dressing. Removing processed sugar will help balance blood sugar, reduce pathogenic bacteria in the gut, and keep your mood stable.

Coffee. While coffee has lots of other compounds in it from antioxidants to chemicals used in its processing, caffeine may be the most problematic. Caffeine is the most consumed drug in the US. Caffeine is a stimulant that can over time wear down our adrenal glands and make us more tired.

People have all different kinds of reactions to caffeine, probably because of the variability in genes to process caffeine through the liver. Some people process it quickly and have no problem. Others metabolize it slowly and get symptoms like racing heart and jitters when they drink it.

There are mixed studies either touting its consumption or warning of its negative effects. These studies suggest that caffeine can make arteries stiff, increase acid load in the body, and increase production of the stress hormone, cortisol. Either way, testing how much caffeine you can have and how often you can have it is essential for long-term health.

Alcohol. Alcohol taxes the liver and feeds pathogenic bacteria in the gut. There are very few benefits to consuming alcohol aside from the smattering of studies about wine’s antioxidant content (you have probably heard of resveratrol) which you can readily get from other safer sources (e.g., grapes and other plant foods).

Drinking alcohol tends to accompany other lifestyle factors that may not be as healthful. All that said, studies seem to suggest that the people who live the longest are those who are not heavy drinkers nor abstain completely from drinking, but have an occasional glass of red wine.

However, much like caffeine, so much depends on the state of our liver and its ability to clear alcohol from the body. One thing is for sure, during the Cleanse, removing alcohol is a must.

What Are My Toxic Triggers?

In theory, any food could be considered a toxic trigger if it causes a negative effect in the body. We’ve seen people with sensitivities to almost every food, from tomatoes to grains to bananas. But while some people have unique toxic triggers, we do see patterns. The five Toxic Triggers I listed above are the most common but there are a few others.

After the five above, the most common are corn, soy, and nightshades (tomatoes, peppers, eggplant, and potatoes).

Remember, these foods may be toxic triggers for you but it’s rare that people have sensitivities to all of them. It’s most common for people to have symptoms for one or two of the ones mentioned.

How Do I Discover My Toxic Triggers?

The best method for discovering your toxic triggers is to test them. Here are a few ways you can do this:

2. Do a cleanse. The Clean Cleanse is a simple way to discover your toxic triggers. The program lasts for 21 days and is the ideal amount of time to remove the trigger foods. After the 21 days, you will reintroduce the excluded foods and notice your reactions to them.

So many of the health issues people deal with today are simply caused by the toxic triggers in their diet. Discovering your toxic triggers and taking steps to reduce their intake will radically alter your health for years to come.

This article was originally published on blog.cleanprogram.com