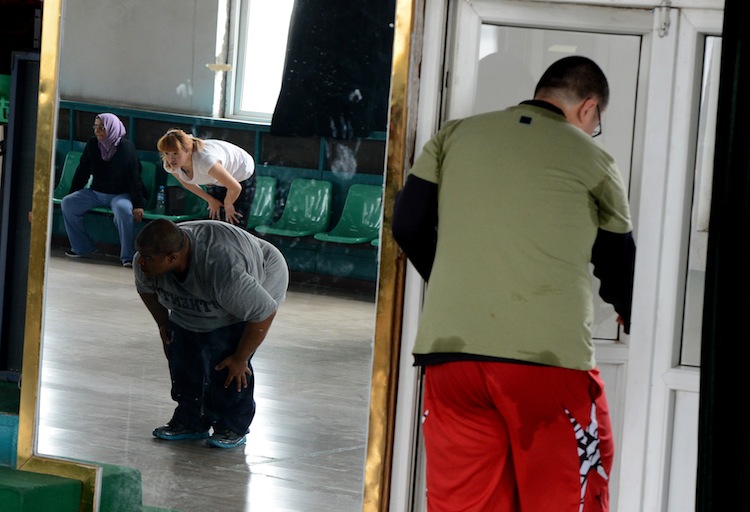 This picture taken on June 14, 2012 shows a reflection of overweight patients at Aimin Fat Reduction Hospital in the city of Tianjin. (Mark Ralston/AFP/GettyImages)
Mind & Body

Scientists have estimated that the entire adult population of the world weighs about 633 billion pounds, about 33 billion pounds of which is due to overweight, according to a research published on Sunday.

The research, done at the London School of Hygiene and Tropical Medicine and published in the BMC Public Health journal, said the excess weight is equivalent to as many as 242 million extra people, about the entire population of Indonesia.

The research also noted if everybody in all countries had the average weight of the United States, it would be like adding close to an extra billion people of world average weight to the planet.

Besides the obvious conclusion that Americans have more body fat than the rest of the world, the researchers said the increase in body weight could have important implications for resource requirements, including food demand.

“Our scenarios suggest that global trends of increasing body mass will have important resource implications and that unchecked, increasing BMI could have the same implications for world energy requirements as an extra 473 million people,” the researchers said in their paper. “Tackling population fatness may be critical to world food security and ecological sustainability.”